What would happen if there was an oil spill in the Great Australian Bight? 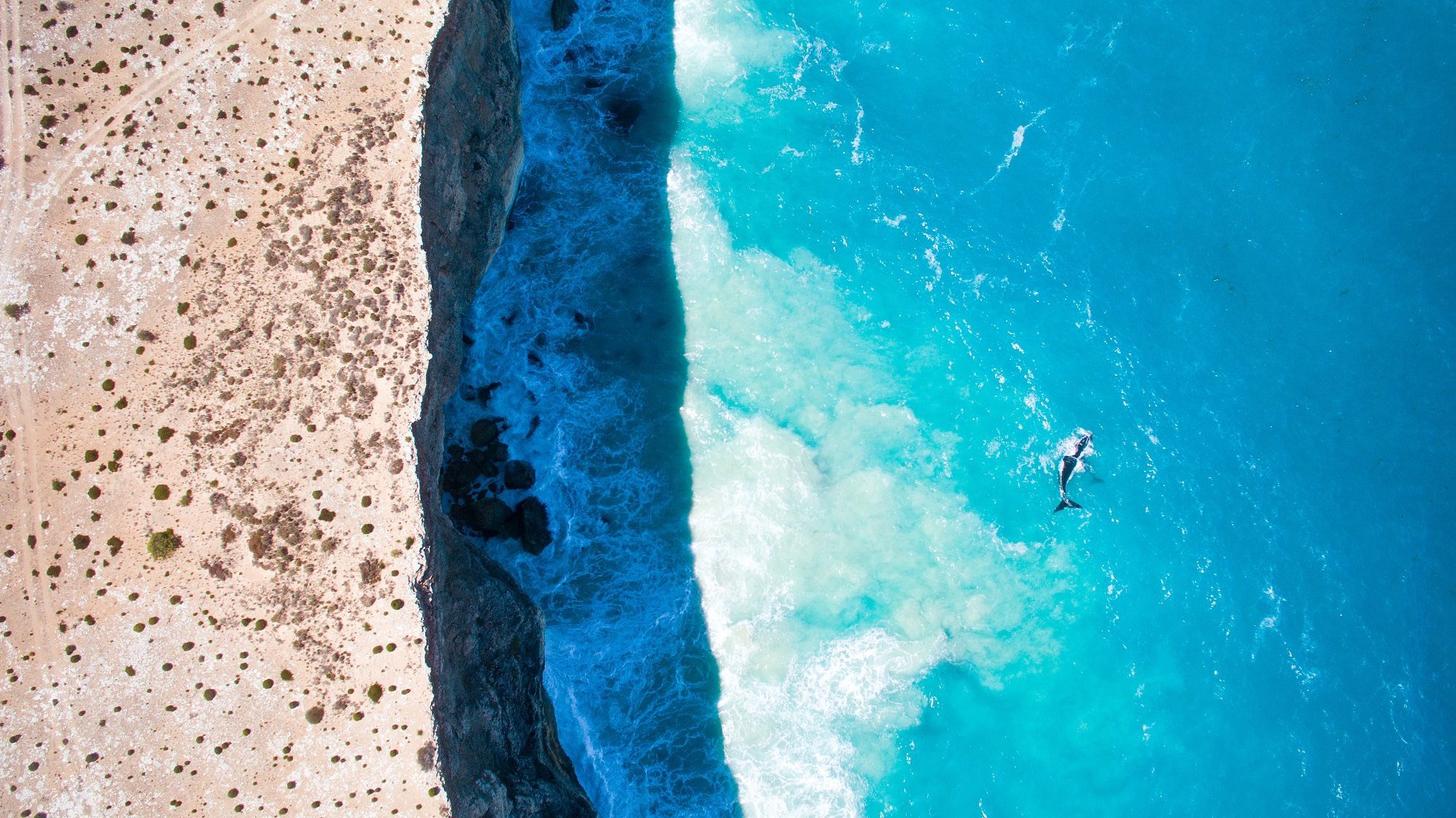 Stand up and Bight back.

Standing along the cliffside of the Great Australian Bight is one of those moments that takes your breath away.

Home to one of the most stunning marine environments in the world, the Bight lays claim to the largest population of southern right whales on the globe – but they’re not alone. Sea lions perch on rocks, dolphins bob in and out of the waters and the fish population creates a spectrum of colours you’ve never even dreamt of. Outside of the water, albatrosses soar, ospreys dip and dive for food, while penguins gather at the base of the Nullarbor Cliffs as the ocean laps against the base of the Bight.

Stretching for nearly 3,800 kilometres, it’s one of the last truly untouched wonders of the world. More than 85% of the marine species in the Bight can be found nowhere else on the planet.

But if oil giants are to get their way, it won’t remain untarnished for long.

Who is threatening the Bight?

The Bight has had its fair share of oil predators circling.

Oil giants BP and Chevron were vying to tap into one of the world’s last underexplored wonders.

People power put the pressure on BP and the company withdrew its licence in 2016. Chevron backed out in 2016, and Brazil’s Karoon Gas exited in December 2019.

Norwegian oil company Equinor took over BP’s exploration licence to drill in deep waters 372km south of the Ceduna coast. It had planned to start drilling over the 2020-2021 summer.

It’s been people vs oil – and people won again!

In February 2020 the last fossil fuel giant threatening the Bight withdrew plans, saying drilling in the Bight’s deep waters was “not commercially competitive”.

David Ritter, CEO of Greenpeace Australia Pacific said: “This is an incredible win for people power and nature – after years of relentless campaigning by coastal communities, Indigenous traditional owners, surfers, the seafood industry, tourism operators and other local businesses.”

“Never doubt the power and determination of the Australian people.”

The Equinor exit is another nail in the fossil fuels coffin and another brick in the wall to protect the Bight.

But the threat has not passed entirely. Santos, Murphy Oil and Bight Petroleum still have plans to drill in the Bight.

Our movement has stepped up. And when the setbacks came, we didn’t stop. We built the kind of relentless community pressure that no major corporation, or their investors, could ignore.

“The only way to protect coastal communities and the Great Australian Bight’s unique marine life is to rule out drilling permanently,” Mr Ritter said.

“Extreme oil projects like this have no place in Australia’s waters, and Greenpeace will continue to fight to protect Australia’s wild whale sanctuary.”

“The Australian government should now impose a permanent moratorium on oil drilling in this precious marine wonderland.”

Deep-water drilling is a risky practice that would have deadly and disastrous consequences for Australia’s southern, western and eastern coasts, as well as Tasmania, said Greenpeace campaigner, Jonathan Moylan.

“Equinor has come under scrutiny for a worsening safety record. NOPSEMA [the Australian regulator] should not approve drilling in such a sensitive area by a company with such a track record,” he said.

“The Great Australian Bight has some of the most extreme weather conditions on the planet. Extreme deepwater drilling under such conditions is too risky. Any spill would be catastrophic, as stochastic modelling done previously by BP has shown: the devastating impacts could reach from Perth in WA to Eden on the NSW south coast to as far away as Tasmania.”

So what would happen if there was an oil spill?

We’ve always known that a spill in the Bight would be disastrous. But oil spill modelling has shown us what level of catastrophe we’d actually be facing.

If an oil spill occurred in the Bight during winter, the NSW coast would have a 41% chance of getting hit. In some months, Adelaide would have a 97 % chance of being hit with moderate shoreline contact, within as little as 36 days. And the data only gets worse from there:

*Results were predicted for three different seasons: Winter, summer or Autumn. Displayed results take the season with the highest risk. 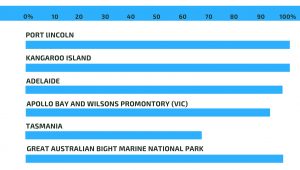 Who would suffer the most from a spill in the Bight?

Imagine a place so unique that over three-quarters of the species living there existed nowhere else on the planet. That’s the Bight.  One of the many victims of an oil spill in the Bight would be the wildlife that call this natural wonder home.

Its waters hold 36 species of whales and dolphins, including the world’s most important southern right whale nursery, and many humpback, sperm, blue and beak whales. Australian sea lions swim freely throughout the Bight, one of the only places in the world they can be found in large communities. 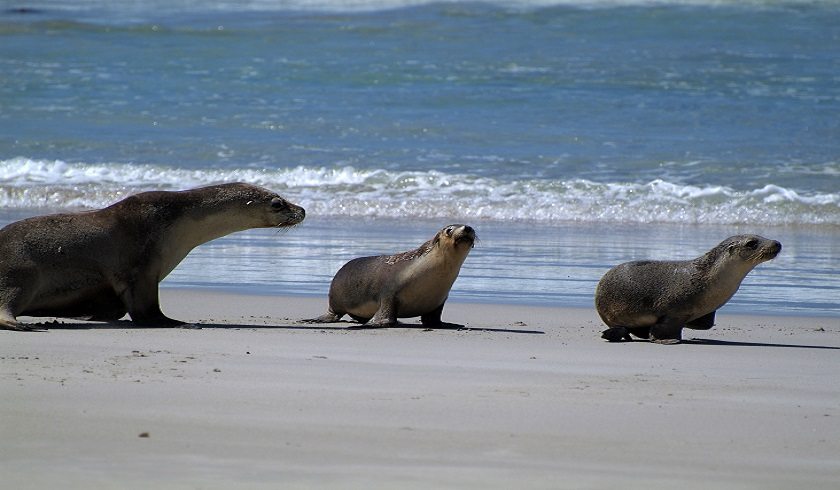 When these marine mammals ingest oil and inhale the subsequent vapour from the crude oil it is known to cause damage to their respiratory systems, nervous systems and livers. Making contact with these chemicals is unavoidable as they come to the water’s surface to breathe.

Marine mammals aren’t the only creatures at risk. A large oil spill would cause an acute die-off of oiled birds. This is not only a devastating loss but these deaths could create trophic cascade effects that further impact fisheries.

Oil spills also affect the eggs of fish and sea turtles, both when the spill happens and later on. Fisheries have been known to be impacted for years following spills due to the destruction of eggs when the spillage occurs.

Speaking of local fisheries, a spill even close to that of Deepwater Horizon would be capable of forcing a complete closure of fisheries in the Bight and further east in Bass Strait and the Tasman Sea.

South Australia’s fishing industry is worth upwards of $440 million with tourism industries on the coasts bringing in over $1 billion annually. The two industries are responsible for employing over 10,000 full-time employees, according to the Wilderness Society. A spill that could shut down fishing and put an end to much of the tourism that allows the region to thrive would be a massive blow to the local economy. 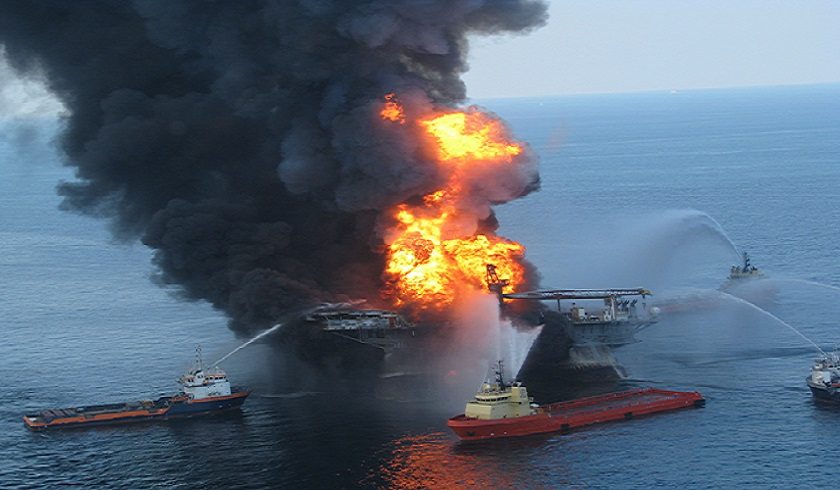 The thing is, we know what a catastrophic oil spill looks like. Deepwater Horizon was one of the biggest environmental disasters of all time – the blowout by BP spilled 800 million litres of oil into the Gulf of Mexico for 87 straight days. Just take a look at some of the numbers:

Remembering how catastrophic this spill was is very important when talking about the Bight. Not just because it reminds us of what could happen. But because it shows us how bad things can get even in the best scenarios.

No one wants an oil spill to occur but if you had to choose a location optimised for a rapid containment operation, the Gulf of Mexico would be at the top of the list. The well was situated in an advanced oil field with quick access to support and resources. And still, it took 87 days to stop the spillage.

The Bight, on the other hand, is about as far from a controlled environment as you can get. There’s nothing nearby, meaning the extra manpower or resources to cap any spill are non-existent. Any recovery mission would have to deal with the Great Australian Bight’s strong winds and high seas – tackling waves that can reach as high as 10 metres in winter.

More than that, the Stromlo-1 well sits at 2250 metres water depth, 750m deeper than the Deepwater Horizon’s Macondo well. Deeper suggested drilling areas, stormy terrain, a lack of resources – everything about the proposed drilling in the Bight is just asking for a disaster. Just take Deepwater Horizon as your reference point.

Why should you care?

Oil spills aren’t a one in a million occurrence, they happen fairly often even in our own backyard.

Just a couple of years ago an offshore oil and gas well in Australia leaked continuously into the ocean. For two whole months, the spill ultimately ended up releasing around 10,500 litres of oil into our waters. Worse yet, it wasn’t until recently that the Australian public were informed of this disaster. And still details about the well, its whereabouts and operator remains a secret.

“Australians, and especially those who rely on the ocean for their livelihood, should be deeply concerned by reports that the national oil regulator has withheld information from the public about a 10,500-litre oil leak for over 12 months,” argues Greenpeace campaigner Nathaniel Pelle.

“NOPSEMA’s performance report should be a wake-up call to the government and to anyone who has the bad luck of sharing the marine environment with the oil industry.”  The parody video below highlights all the possible dangers of oil companies operating within the Bight:

And when these spills inevitably happen, it’s not the oil companies that really suffer. It’s the people, the marine life and the environment that take the biggest hits. We shouldn’t stand for anything that so obviously threatens the livelihood of our surroundings.

We need to stand together and push back to protect our environment against the relentless greed of oil giants.

How can you take a stand?

The good news is; we’ve kicked oil corporations out of the Bight twice and we can do it again.

Statoil is a company willing to take risks where no other company will. And their safety record is getting worse: the number of spills and incidents at Statoil wells has increased catastrophically in the last year.

It’s up to us to keep the Bight – and the communities and incredible ocean ecosystems that depend on it – safe from Big Oil. Are you with us? Join the movement to keep Big Oil out of the Bight for good