Pacific Islanders are fighting for survival. As small islands, the effects of climate change already impact everyday life and eco-systems across the entire tropical paradise region.

Science tells us that the continuation of fossil-fuel extraction, and the survival of life in the Pacific (both on land and below the rising ocean) cannot coexist. The Pacific is already experiencing rising sea levels and monster cyclones, ocean acidification and dying reefs and many more unjust effects of the climate crisis.

The Pacific, despite having contributed almost nothing to global greenhouse emissions, (0.03 collectively) are among the most vulnerable countries of the world to the adverse impacts of climate change.

It’s time for wealthy countries like Australia to step and show us their plan to cut emissions to zero! 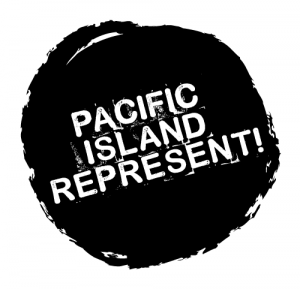 Are you a Pacific Islander and want to get more involved in tackling climate change?

Pacific Island Represent is a network of people from the Pacific working together to take on those most responsible for climate change. Last year, we called out climate sweet talk at the global climate conference, COP23. This year, we’re growing our power to be even more effective. Sound like fun? It’s easy to get involved! Click the link to find out more: