MAJOR GLOBAL ENERGY REPORT: AUSTRALIA CAN’T GET TO NET-ZERO UNLESS AGL GETS OUT OF COAL

The report, Net-Zero by 2050, a roadmap for the global energy system, shows that “sub-critical coal” in advanced economies, including Australia, must be phased out by 2030, and that Australia must shift to net-zero emissions electricity by 2035, in order to meet a 2050 net-zero emissions target. [1]

This pathway to emission reduction would require AGL’s Victorian and New South Wales coal fleet, which are deemed sub-critical, to be closed by 2030.

“This new report from one of the world’s most respected and conservative energy bodies shows that AGL must hasten the closure of its polluting coal fleet in order for Australia to play its role in global emissions reduction and to avoid climate disaster,” said Glenn Walker, senior campaigner for Greenpeace Australia Pacific.

“AGL now has a hard deadline of 2030 for the closure of its coal-burning assets, which contribute more to Australia’s greenhouse gas emissions than any other company. As the International Energy Agency clearly outlines in this report, AGL’s current plans to extend the life of its coal fleet all the way up until 2048 are hampering Australia, and the world’s, ability to effectively tackle climate change.”

“AGL needs to step up and play its part as a responsible corporate citizen. Continuing with its current coal closure timeline is flirting with climate disaster for the sake of diminishing profits.”

AGL has recently commenced legal action against Greenpeace Australia Pacific for a campaign exposing the company as Australia’s biggest climate polluter, with the case scheduled to be heard in the Federal Court in Sydney on 2 June.

“AGL seems more concerned about damage to its brand than the damage its coal assets are doing to our climate,” said Glenn Walker.

“As this new report shows, it’s time AGL got its priorities right.” 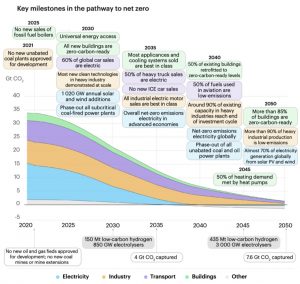 AGL requested that the Federal Court order the urgent removal of its logo from Greenpeace’s campaign on the basis that the use of the logo allegedly infringed AGL’s copyright and trademark. The court refused to grant this interim order.

Greenpeace and AGL will now face off in the Federal Court in Sydney on 2 June 2021 in a landmark case that could determine the ability of charities to use corporate logos for the purpose of satire, parody and criticism.

Download photos of Greenpeace at the Federal Court here

Read a media briefing of the report here