Why we’re demanding an apology

If politicians aren't doing everything they can to stop climate damage, they're fuelling the fire. 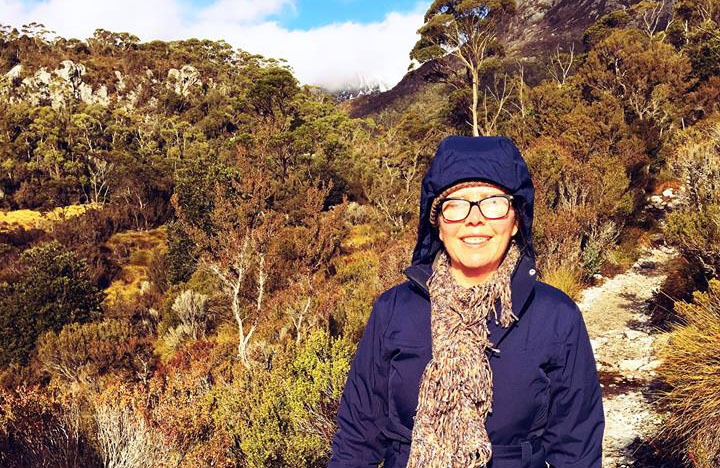 I remember when the bushfires set in.

I was terrified of the monster over the ridge, edging closer and closer. Especially in the night-time. I was lucky. I got out.

The strangest thing was packing the car with precious belongings. What the hell do you take?

My favourite coffee cup? Of course.

How about all the books I’ve read and loved through three university degrees? Couldn’t fit them. Shit.

And why on earth did I take all these spare electric cords?

Everyone has their own story. Some stayed to defend their properties – beautiful homes built by hand. Others left. As I drove through the smoke, away from my home, my story manifested in anger. In despair. As I watched the Tasmanian wilderness burn, a place that I’d always found safety and refuge in, I finally realised:

Our government isn’t fighting this. They’re fuelling this fire.

I remembered Scott Morrison laughing in Parliament, brandishing a lump of coal.

I wonder if he’d say that now. Say it to the families who had to evacuate their homes. Say it to the farmers who’ve lost their livestock. Say it to the thousands of Tasmanians who lived a war-zone for weeks, trapped in a grey cloud with helicopters flying overhead.

He owes us more than this. He owes us an apology.

And I don’t mean empty words – politicians are good at that. I mean real action.

Saying sorry means you do everything you can to ensure this doesn’t happen again. That you’re doing everything in your power to fight this at the cause. No bandaids. No gestures.

No leader of this country can wish us their deepest sympathies, whilst shovelling more climate-wrecking coal into the furnace. That ends now.

Saying sorry means transitioning away from fossil fuels, and joining other countries around the world in setting ambitious climate goals. Australia’s inaction on climate change precedes this government, but Scott Morrison has already proven himself as one of the worst offenders. Yesterday, he even stated his intentions to further fund coal projects in NSW, when we know we need to be keeping it coal in the ground to avoid catastrophic warming. [1]

Will you join me in demanding Scott Morrison take meaningful action to fight climate change, and apologise for the damage he’s done?

Our leaders have failed at their job to protect us from harm. Now it is our duty to demand better. If you join me, so will thousands more. Every voice, demanding better, rising in volume until we become an unstoppable force for change.

Together, we can change the climate of inaction. We can, and we must.

This article was written by Lauren, a survivor of the 2019 Tasmanian bushfires.