It was a big day for climate action, folks! Yesterday, on the 2nd of June, the AGL v Greenpeace court case commenced in the Federal Court in Sydney.

AGL alleged intellectual property infringement. Our legal defence relied on a freedom of speech safeguard known as ‘fair dealing’ which allows charities like us to use copyrighted works for campaigns like this one where the use is fair and is for the purpose of review, criticism, satire or parody.

As you can imagine, the day started in a sea of action. Greenpeace staff, volunteers, media personnel and public supporters swarmed on the steps of the Federal Court; the anticipation for the day ahead grew with each passing minute. 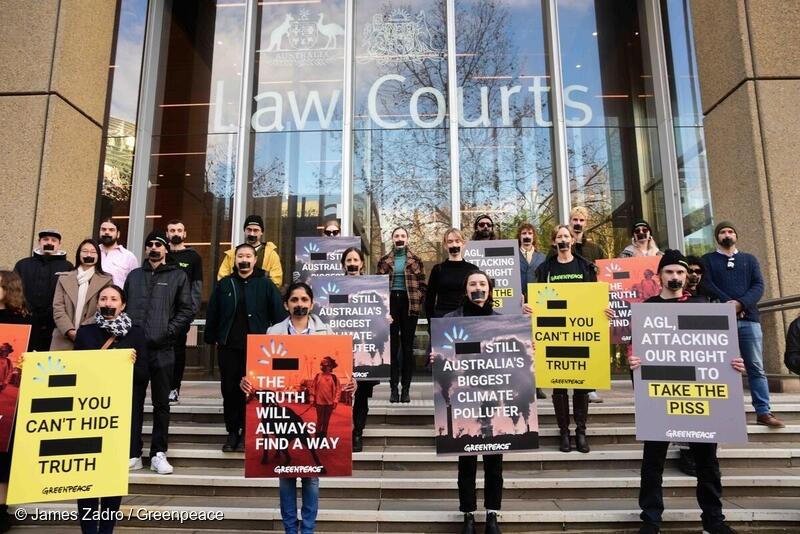 Greenpeace Australia Pacific activists in front of the Federal Courts of Australia.

The backdrop of the morning’s press conference was striking. As Greenpeace staff David Ritter, Katrina Bullock, Glenn Walker and Maurice Blackburn principal lawyer Rebecca Gilsenan proudly fronted the media, behind them stood over twenty of our amazing Greenpeace activists on the steps of the Federal Court.

“If we are to put this country on a decent and safe footing, and to avoid the worst of climate change, this company, AGL — which is Australia’s worst domestic carbon polluter — needs to change its ways,” said Greenpeace Australia Pacific CEO, David Ritter.

“It needs to become a pure play renewable energy company, by 2030 at the latest”. 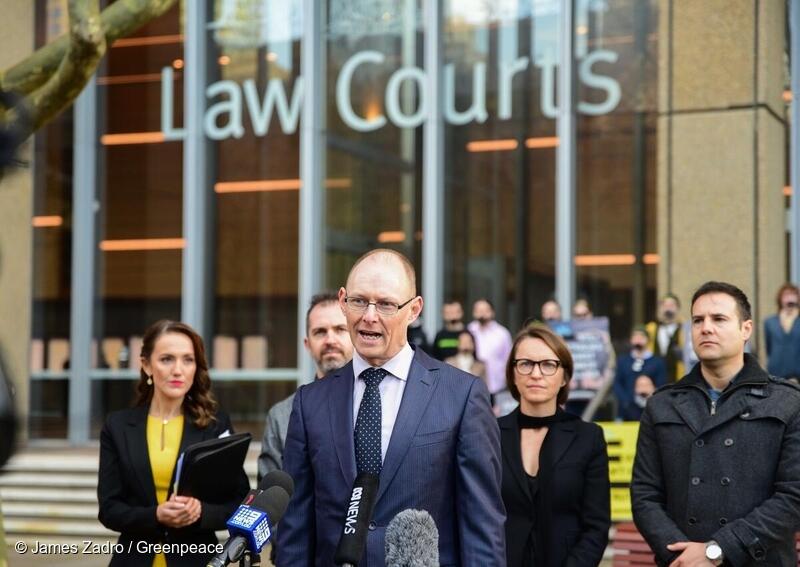 “That is why Greenpeace is campaigning to persuade AGL to stop being Australia’s worst carbon polluter, and to do the right thing by this magnificent country,” Ritter concluded.

TV cameras from almost every major news network were there to cover the action.

Later in the day, David Ritter was the first to give evidence inside the courtroom. He spoke about Greenpeace’s motivations in launching a campaign against AGL, driven by the urgent need to protect the climate, and to persuade AGL to close its coal-burning operations by 2030. 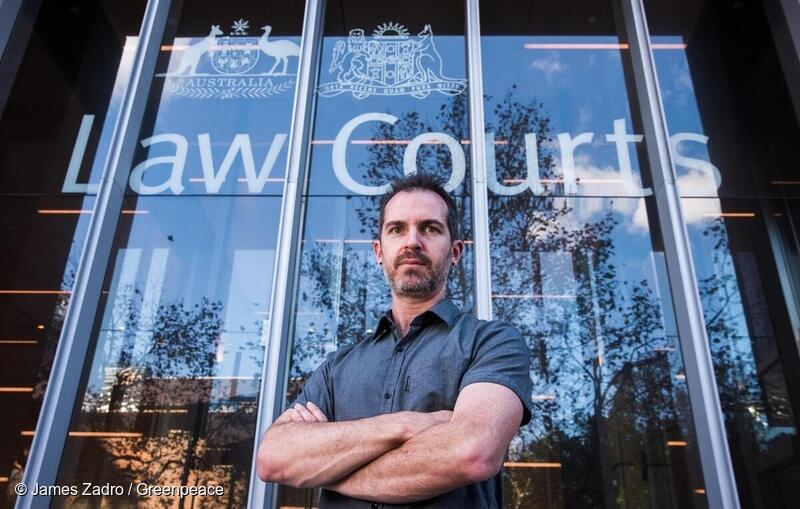 Greenpeace senior campaigner Glenn Walker then took the stand, speaking about the specifics of the campaign against AGL, and how the aim is to pressure AGL to switch to renewable energy — noting that Greenpeace would celebrate the company if it changed its course.

“I’ve gone toe-to-toe with combative politicians at Senate inquiries and I’ve been grilled by hostile journalists on live TV — but I’ve never been grilled by the barristers of a multi-billion dollar company in court before,” said Glenn Walker after the hearing. 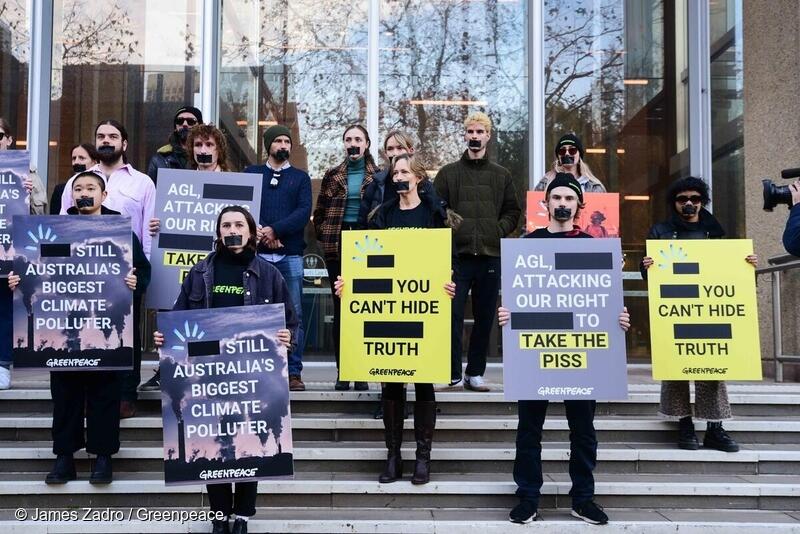 Greenpeace Australia activists in front of the Federal Courts of Australia.

Your campaigning has been essential in this fight! Already, we’ve been blown away by the media coverage here and overseas. We’re demonstrating that we won’t shy away from a fight, and that we will defend our campaign materials calling AGL out as Australia’s biggest climate polluter.

All around the world, our landmark case is turning heads, producing cracking headlines, and placing increased pressure on major carbon polluters.

The Washington Post reports on @AGLAustralia taking Greenpeace to court today for our campaign exposing the company as Australia's biggest climate polluter.#ClimateAction #auspol

We’ve been told it could take weeks for the Honourable Judge to hand down his judgement. No matter how the case turns out, we’ve still had a major win. Because together, we’ve uncovered the dirty truth about AGL.

They’re responsible for a whopping 8 per cent of Australia’s total emissions; earning them the infamous title of Australia’s worst climate polluter. All the greenwashing (and legal action) in the world can’t bury this stark truth.

But, AGL doesn’t have to be Australia’s Greatest Liability forever. If Australia has any chance of reaching net-zero emissions by 2035, energy providers like AGL must close their polluting coal fleets and rapidly shift to renewable energy by 2030 — it’s the only way to protect our magnificent country and all that we hold dear.

So, where to from here? It’s simple. We keep campaigning, we keep fighting, and we keep putting pressure on AGL to convert to safe, clean, renewable energy by 2030. Let’s do this!