It only takes 1 plastic bag to ruin your whole day.

On a recent trip to the Sunshine coast, my 10 year old son asked if we could go to the Aquarium. I’m not usually a party pooper but my first thought was not excitement but trepidation and then concern for the animals living in the facility. 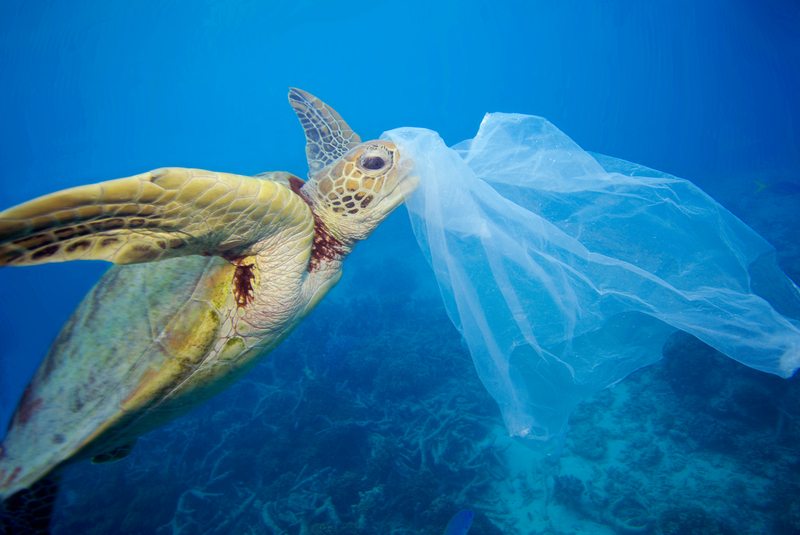 Why? As a Greenpeace volunteer I have been lucky enough to swim with the dive team, help the boat team and engage kids with the Save the Reef campaign.

This means I have seen the reality of our oceans struggle against pollution up close and personal. Threats to the natural environment and solutions are never far from my thoughts. I would prefer to see marine creatures in the wild amongst live coral instead of manufactured water under fluorescent lights. So a simple trip to the Aquarium becomes more than just a fun day out. 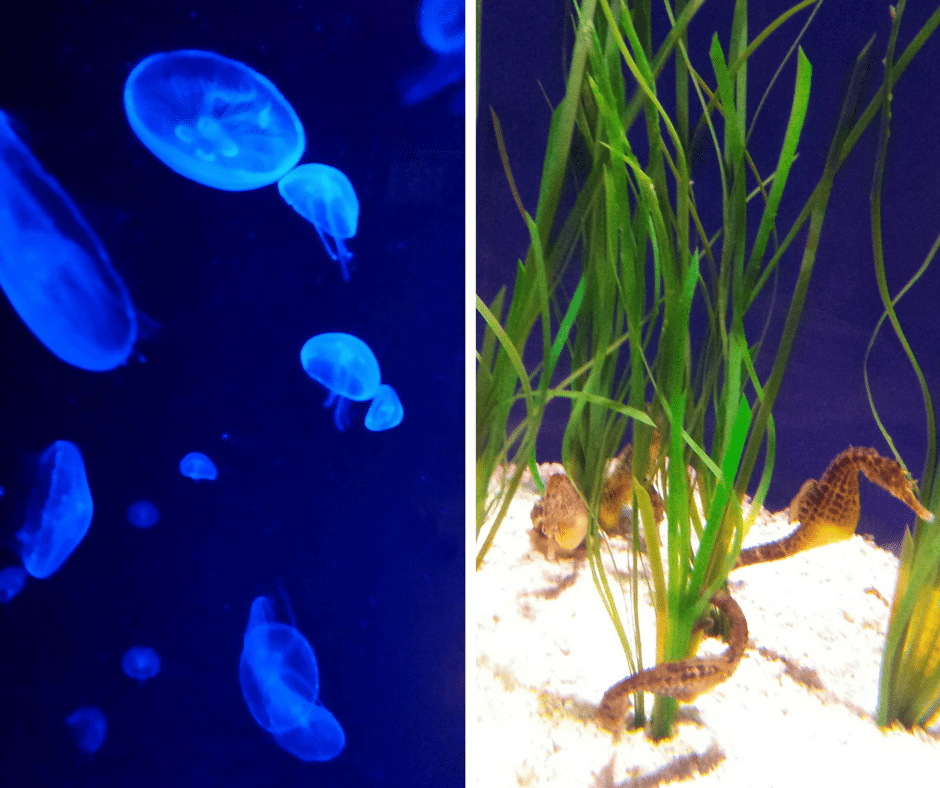 Jules, my son, was excited at the thought and really wanted to go, so we did. At the ticket counter we were offered a ‘behind the scenes’ tour, Jules looked at me pleading, why not I thought. We grabbed our tickets and guide books and off we went.

As you might know Greenpeace launched the Ban the Bag campaign recently bringing attention to the harm plastic bags are causing in the oceans. Millions of plastic bags end up in our waterways and marine environment in Australia every year.

Plastic pollution is killing our marine life. With 30% of the world’s turtles and 90% of seabird species sick from ingesting plastic debris. I read this sobering information when I shared the Ban the Bag petition and sent it to the NSW Environment Minister Mark Speakman. While doing this, little did I know our trip to the aquarium would bring us face to face with the causalitys of the campaign at the turtle hospital only days later.

Behind the scenes at the Aquarium we meet ‘Effort’. A magnificent green turtle named for the amount of manpower it took to rescue. Estimated to be 70 – 80 years old, weighing over 200 kg ‘Effort’s’ shell is 2 metres long, beautiful bright, free of scars and blemishes. This rare and endangered creature is marine life magic. 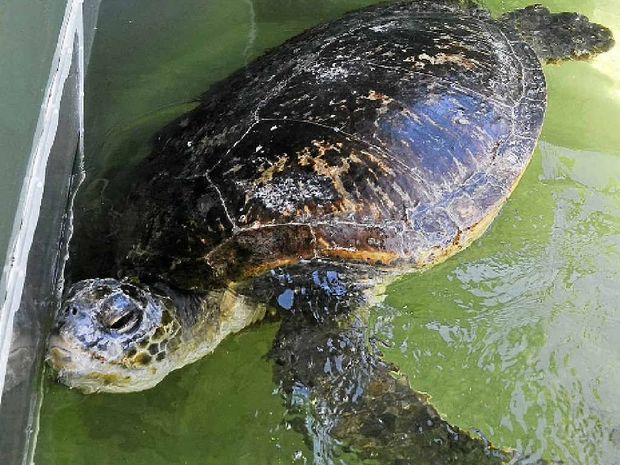 Hang on, turtles don’t float… they are strong swimmers moving through the water with powerful fore flippers cruising at speeds of up to 56 km per hour. They can stay underwater for up to 2 hours and are the largest hard shell turtles in the world.

BUT ‘Effort’ is in the turtle hospital because of one stupid plastic bag.

As the tour guide talks, my son doesn’t listen but moves close to the tank and leans towards the turtle. He stares watching ‘Effort’ struggle, the turtles head comes up out of the water to take a breath. Their eyes lock and ‘Effort’s’ mouth opens and closes in a silent call for help.

My son Jules looks at the tour guide, “why is the turtle’s shell half in and half out of the water?” The other children in the group are staring at this prehistoric and powerful creature, their eyes wide and glassy, not blinking. One boy has his fingers in his mouth and another is hugging on to his Mum’s legs.

The reason ‘Effort’ is sick and in hospital says the guide is because after swallowing a plastic bag a huge gas bubble has formed under the shell which means Effort has ‘floating syndrome’.

There is a pause we are all silent the only sound is the repetitious splashing of ‘Efforts’ fins and the whir of the water pumps. “Will the turtle die?” asks my son.

The guide tells my son and the rest of the group that ‘Effort’ has a better chance of survival now it’s being cared for and fed regularly. Eventually the bag inside might dislodge and be expelled through the turtle’s digestive system but if not ‘Effort’ will die, die in a tank struggling to live, splashing in circles because of one plastic bag.

We finish our tour and enjoy the rest of our time in the Aquarium seeing the amazing diversity our pacific waters has to offer sharks, crocs, jellyfish, sea dragons, rays and more. My son learns about these creatures with an excitement and wonder that is priceless as do the many other children that bounce and skip through the Aquarium that day.

This Aquarium with the support of University of Queensland has rescued 900 turtles so far and continues to work with conservation societies to rescue, rehabilitate and release these endangered species to ensure they are conserved and sustained for future generations. There is hope but we must all take action and be vigilant. 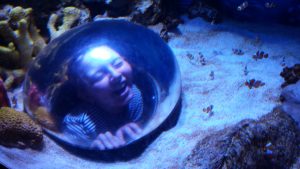 Jules being a Vernian.

My son and I left the Aquarium. I walked along and remembered a time I swam with green turtles off the beach at Hook Island National Park in the Whitsundays, my first experience of these majestic creatures. I looked down at my son, this was his first experience up close with these creatures and it was so very different.

Join the campaign, spread the word and BAN THE BAG.