This might seem like an unlikely thing for someone with vertigo to sign up for.  But, on Monday night, I volunteered to spend a night high in the canopy of critically-endangered Box Gums in the Leard Forest.

It was a unique spot to witness the majesty of this place. I was suspended nine metres above the ground on a massive spiderweb-like net anchored to four huge trees, with four others. 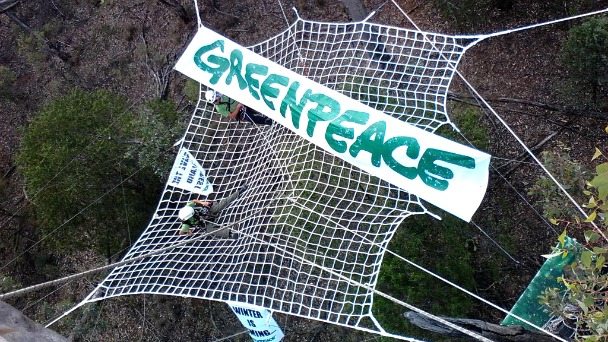 We were there to try and keep Whitehaven Coal’s bulldozers at bay. They were trying to flatten the forest – home to dozens of threatened species – to build the biggest coal mine currently under construction in Australia.

My first night there is something I won’t forget. While attempting to sleep in my climbing helmet and harness under the stars on a freezing star-filled night, something happened which I’ll take with me to my grave.

By Tuesday afternoon, we’d been removed. I’m proud to say our two sky-camp teams held their ground for more than 100 hours before bulldozers smashed through the same areas we’d been trying to protect. We were there with cameras to ensure the world could see what they were doing.

It was hard to watch the trees fall, especially when I know what would soon become of this land – a new open-cut coal mine.

The area around the mine site feels like it’s under martial law. This feeling was underscored by revelations in Monday morning’s Sydney Morning Herald that mining companies in the area have hired spies to infiltrate peaceful protests.

Thankfully, the movement to stop this mine is growing, and we’ve been joined by some unlikely allies. We had the bizarre experience of lying in our giant web nodding in agreement as right-wing shock-jock Alan Jones launched an attack on Maules Creek Coal Mine. The week before, a “cranky koala” had chained itself to a transport truck. 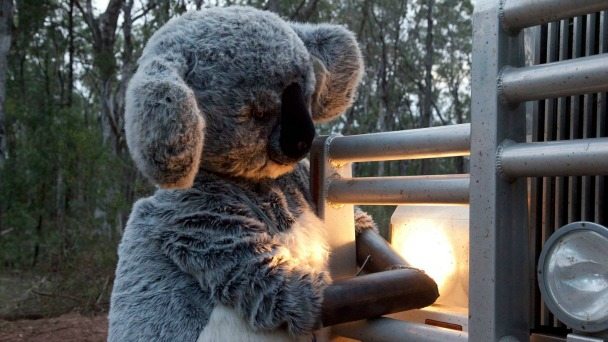 Back on terra firma, it was heartening to talk to local farmer, Ros. I get the sense that only a few months ago she would have laughed if someone had suggested she’d become a big fan of ‘hippies’ in trees. Standing near a police roadblock aimed at locking down the embattled Leard State Forest, she looked at me and said, “next time you get up in that net, I’m coming with you.”

She’s not alone. Even the police seem disconcerted by what they’re being asked to do. One officer looked over his shoulder then gave my fellow climber Dan a cheeky high-five as he loaded us into the bull-wagon.

In previous weeks, dozens of people have put their liberty on the line, locking on to bulldozers to save the trees, including a war veteran, former lawyer, religious leaders, teachers, doctors and many others.

When all these different members of the community are joining in, you know you’ve got a major cross-section of society behind a campaign.

Local farmer Cliff Wallace is hosting the blockade camp on his land near to Leard Forest. His beautiful looking pumpkins are keeping the swelling numbers well-fed. His view of Whitehaven isn’t fit for publishing, but, perhaps minus a couple of expletives, it’s one shared far and wide.

Back in the Big Smoke, nearly 500 people attended a snap Sydney rally this week calling on the NSW Government to revoke Whitehaven’s licence. The more people that find out about what’s happening to Leard Forest, the stronger our movement becomes.

We’d really like to have your help too. Click here for a few simple things you can do today to support the campaign.