Deepwater Horizon still haunts the Gulf of Mexico. Now the Bight is at risk of something worse.

This year marks the eighth anniversary of the Deepwater Horizon oil rig accident and resulting spill – the largest marine spill in U.S. history.

When a drilling rig leased by BP exploded 40 miles off the Louisiana coastline, eleven workers lost their lives and pipes deep under the surface of seafloor ruptured. Oil gushed for three months into the Gulf of Mexico, and millions of barrels of oil polluted thousands of miles of marine ecosystems, devastating local communities. 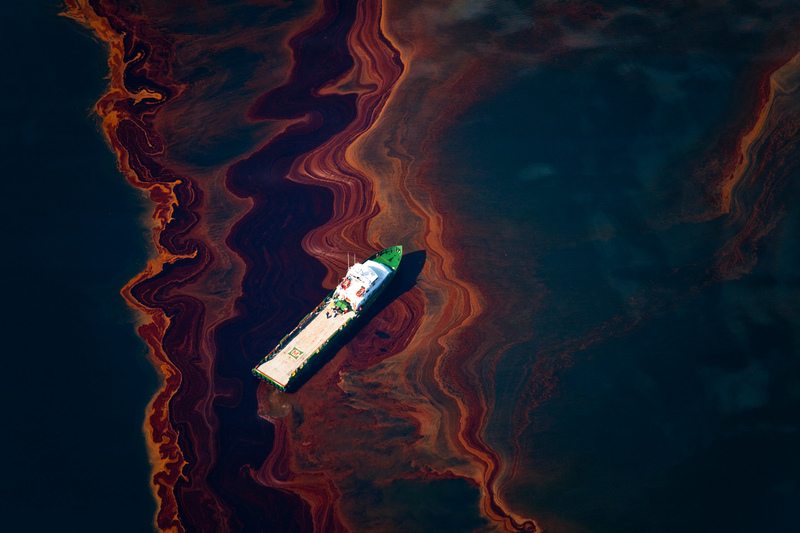 ‘A larger lesson is that, no matter how much we improve our regulation of the industry, drilling for oil these days entails greater risk…For decades, we have known the days of cheap and easily accessible oil were numbered.

For decades, we’ve talked and talked about the need to end America’s century-long addiction to fossil fuels. And for decades, we have failed to act with the sense of urgency that this challenge requires. Time and again, the path forward has been blocked not only by oil industry lobbyists, but also by a lack of political courage and candour.’  Barack Obama, 2010.

The effects are still very clearly being felt

Eight years later the visible signs of oil have decreased. The fish lesions that were once common are less prevalent. A great deal of the oil has been degraded and tar is rarely seen on the marshes. The images plastered across international media outlets of oily turtles and darkened beaches appear to be very much a thing of the past.

But we know that exposure to heavy metals in oil causes long term intergenerational effects. Research suggests that the spill continues to harm life in lingering ways. The mass die-offs of multiple species that characterized the aftermath of Deepwater Horizon will continue to echo through the reproduction rates and the species range of the current ecosystem.

Several years later studies done on bottlenose dolphins found that pregnant females were over four times more likely to give birth to an unhealthy calf after the spill.

At the time seabirds were one of the spills most visible victims. An estimated 600,000 – 800,000 birds died, and one third of the gulf’s entire population of laughing gulls were annihilated. Years after the spill, scientists found hydrocarbon deposits from Deepwater Horizon in 90% of pelican eggs tested in Minnesota, the summer grounds for many of the Gulf’s migrating bird species.

The oil plume spilling from the broken well caused bleaching and tissue loss in deep-water coral reefs over an area three times larger than Manhattan. Such coral is extremely slow growing. Marine ecosystems, including the invertebrates and plants at the foundation of the food web were also disrupted. Oyster catches in Louisiana declines for at least four years after the spill. 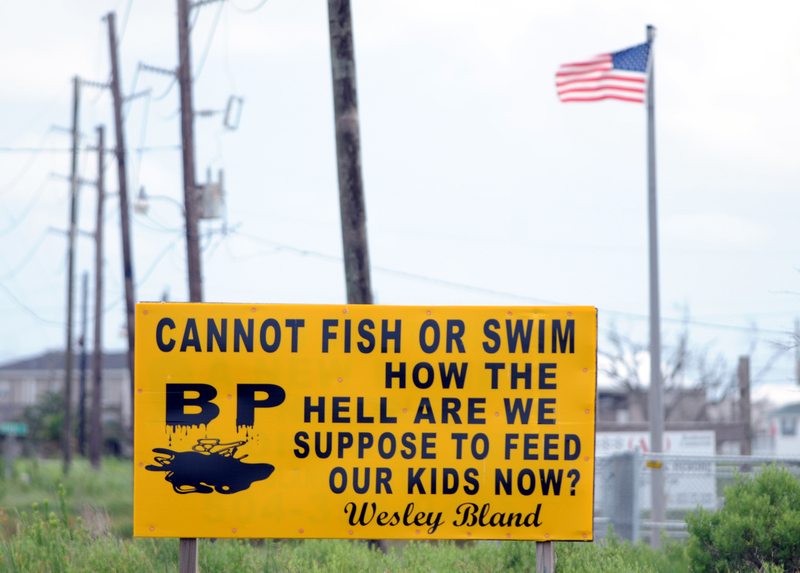 The clean-up and the fallout

In the aftermath of the spill, Corexit 9500, the dispersant used to break up the oil was believed less harmful than the oil itself. An unprecedented two million gallons of it was of it was poured into the Gulf to break up the slick.

While the chemical quickly removes the oil from sight, many scientists and toxicologists now believe that the oil-Corexit combination resulted in up to 52 times greater toxicity to humans and the environment than oil alone.

“After I got sprayed it all went downhill. My employer said in the beginning that the dispersants were not harmful and would not hurt you. But Corexit is banned from several countries. …Out of the three [crew members] that I know personally, we have all had the same health problems.

Three days after we were sprayed, my skin and eyes started burning, and I was coughing. In early July 2010 I had sores, and in between my fingers stuff was pussing out. … The puss bumps and rashes were on my arms, my stomach, my back and the back of my legs. They looked like little tennis balls. Since we put cream on it, it looks like a whole lot of bumps. The ones on my arms looked the worse, which is why I try to cover them with tattoos.” (Clean-up worker Louisiana)

The 50,000 people involved in the spill clean-up were subject to increased risk of physical and psychological damage. Many years later people are still sick, with exposure linked to symptoms such as migraines, lung conditions, skin rashes, seizures and muscle cramps.

The only way we can understand the spill aftermath is through stories, and that’s what “The Rising”, aims to do. It’s a film that gives voice to silenced Deepwater Horizon victims, and those communities on the frontline still fighting oil industry exploitation in the Gulf today. Click here to check out the film.

And while the world’s attention has moved on, for community members in the area the battle goes on –  not just opposing new drilling projects, but articulating a different kind of future for the region built on a just transition away from fossil fuels: for the sake of the life and livelihoods of Gulf communities, cultures and ecosystems.

Recently leaked documents from BP, who had previously planned to drill in the Bight, describe a spill that would potentially amount to more than twice the amount of crude oil in the Bight that entered the Gulf of Mexico after the Deepwater Horizon disaster. This scenario would be one of the worst spills in human history.

A report authored by independent oil spill consultant and marine biologist, Professor Richard Steiner (who happened to have worked on the response from the Deepwater Horizon disaster), consolidates this.

And the scariest thing? If a massive spill did happen, nothing the oil company could do would save us from the worst impacts.

The good news is that the Australian government has the power to permanently protect the Bight from oil drilling, which would ward off not only Statoil but all oil companies. But we need to stand up and demand that the government acts before it’s too late.

Add your voice: Protect the Bight