The day giant LEGO people took to the streets of Sydney

At 9am on a Friday morning in the Greenpeace Sydney office, our giant LEGO friend, Katy, received a phone call from a supporter informing her that Shell is using it's partnership with the well-loved LEGO brand to increase fuel sales and divert attention from its Arctic oil drilling.

Katy was furious! Katy loves building worlds, not destroying them and it isn’t OK that her face is associated with Arctic oil drilling. 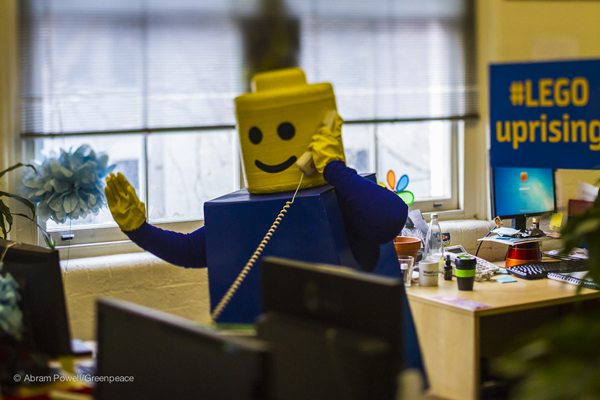 Katy called her expert activist friend in the Greenpeace warehouse and asked him to join her in a protest outside a Shell petrol station. But first they needed to make some banners to help send a clear message to Shell – get the hell out of the Arctic! 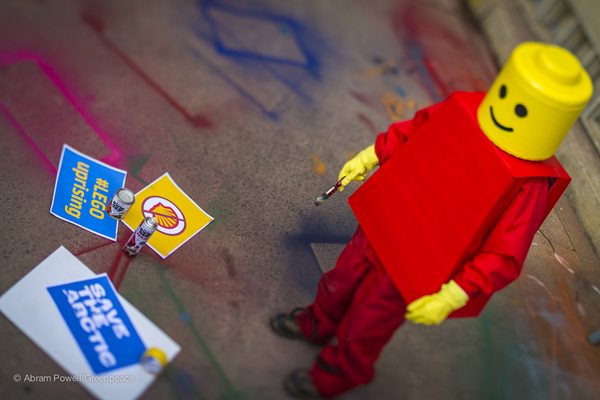 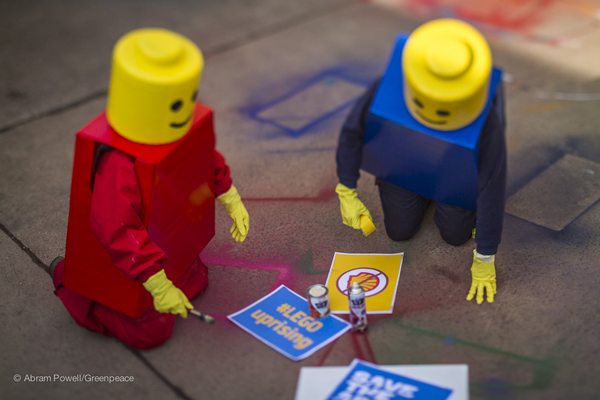 Painting banners came with its difficulties, but Katy and her friend wouldn’t let the issue of having no knees dampen their spirits. 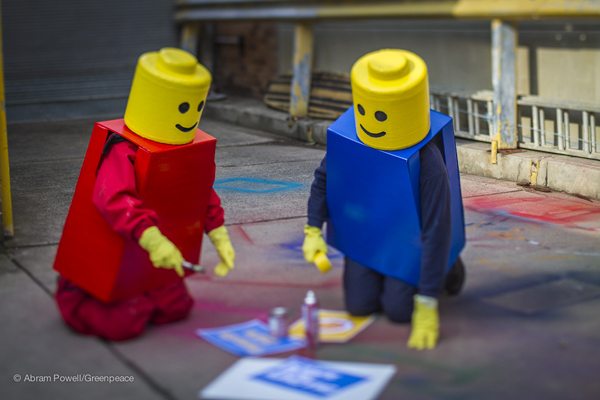 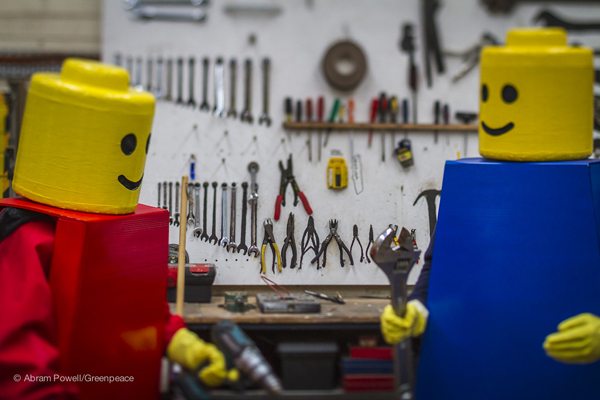 Katy rallied in the rest of her giant yellow friends and felt so thankful for having so many caring friends who loved the Arctic as much as her. They tried to head to the Shell protest in a discreet manner so no one would bust them before they got there… but going undercover is difficult when you have a giant yellow head.

Katy and her friends caught Shell by surprise and created quite a scene at the Shell station – people passing by beeped their horns and cheered in support for the protest. 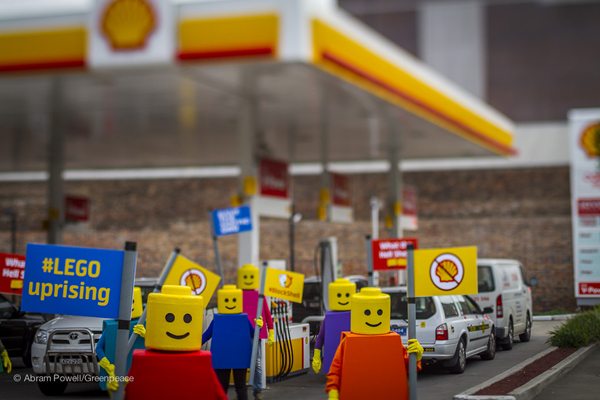 They felt pretty chuffed with their protest! But they told the media reporters: “We may look happy, but this is our sad face – Shell is destroying the beautiful Arctic and using our well loved face to cover it up.” 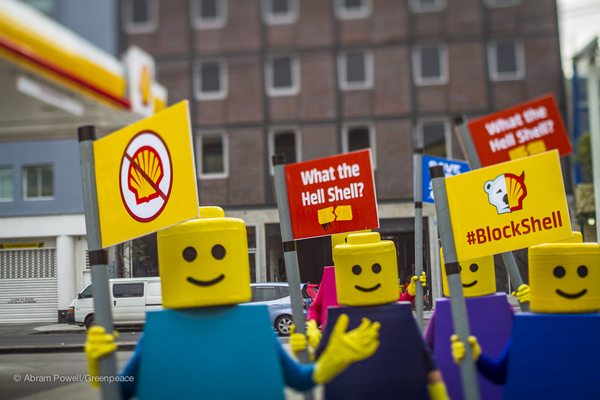 When the protest was over, Katy and her friends headed back to the Greenpeace office so they could tell the world how AWESOME their protest was. 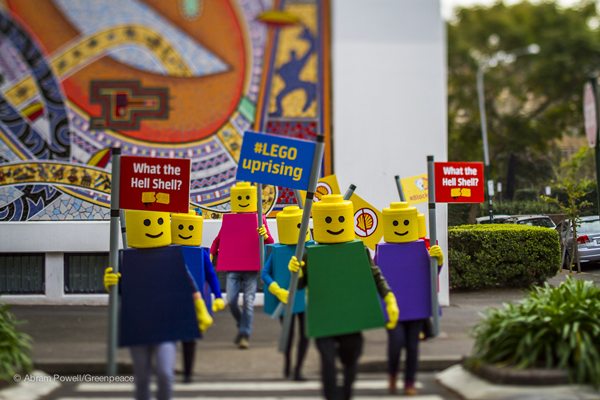 But before they left, they couldn’t resist one last photo opp while singing “to block Shell, we’ve got to come together, right now!” 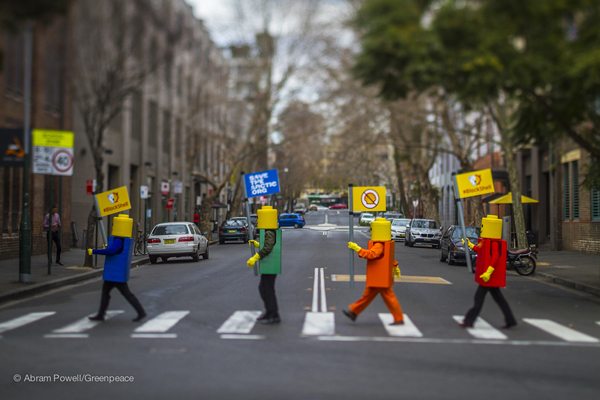 You don’t have to have a giant yellow head to help LEGO break away from Shell. Get involved by: