‘My daughter isn’t born yet, but I worry about the world I’m bringing her into.’

Nicola Bowskill was one of dozens of local community members who took their dirty laundry to the Newcastle coal port in an effort to let Commonwealth Bank know about the devastating consequences of their lending to fossil fuel companies. 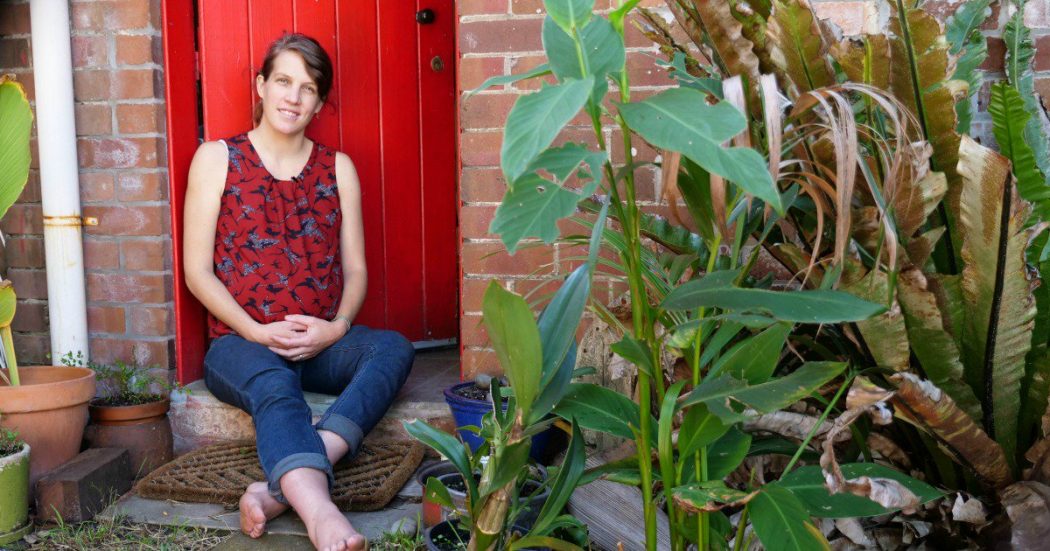 Nicola Bowskill was one of dozens of local community members who took their dirty laundry to the Newcastle coal port in an effort to let Commonwealth Bank know about the devastating consequences of their lending to fossil fuel companies.

In this piece she shares what inspired her to take action.

My favourite family holiday as a child was two weeks at the Great Barrier Reef in 1992. I spent every possible moment face down in the water, completely enchanted with the reef.

With flippers and snorkel I would swim off the beach straight over spectacular coral and multicoloured fish. When I discovered a particularly captivating piece of reef, I would line it up with landmarks on the shore so I could visit it again the following day.

Now, 25 years later, I’m eight months pregnant with my first child – and the daily news of the reef dying is just another reminder of how different the world is.

My daughter faces a dramatically different future than I did. By the time she is old enough to snorkel, I doubt there will be any of the Great Barrier Reef left. That experience has been stolen from her.

Choosing to have a child in the age of climate change is likely to be the most challenging decision of my life. As we hurtle towards an unstable and dangerous climate, I worry daily about what sort of world I’m bringing her into.

I know we’re not the first parents to feel this way. In the 1960s and ’70s the threat of nuclear war made many people question a safe future for their children. The threat from climate change is far worse. It’s not a possibility, it’s happening.

What will my daughter’s world look like? When she hits the bittersweet period of her teens in 2030, a rise of 2C will have already taken place. 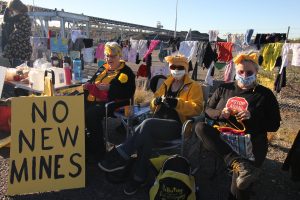 Although she faces an uncertain and dangerous future , she will have a better opportunities in this changing climate than the children of our Pacific Island neighbours whose very homes are threatened. Some Kiribati residents have tried to claim asylum in New Zealand, arguing that the burning of fossil fuels by industrial countries is a form of persecution against people vulnerable to its consequences.

In 2100, current predictions show the planet will have warmed 4C and many coastal cities, including our hometown town of Newcastle, will be completely under water. My beautiful daughter will by then be elderly and if, understandably, she chooses not have children, will there still be a stable enough social system to take care of her?

More immediate, is our reality of living next to the world’s largest coal port that doesn’t just damage the climate but pours tonnes of particulate pollution onto our city each year. It’s hard to believe it won’t affect my health and the health of my child.

Our community is more than ready to transition to the renewable economy, with 77% of Australians in support of a state renewable energy target to provide extra renewable energy in their state, including 35% strongly supporting the move. However, organisations like CommBank are standing in the way so they can profiteer from a damaging and in some cases deadly industry. 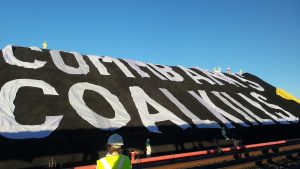 I feel I don’t have a choice but to take action. I owe it to all life on earth but especially to the life inside me about to arrive.

If we succeed in slowing climate change, I will be forever grateful. If we fail, I won’t be able to look her in the eye – unless I made every effort I could to keep her world safe. So I have joined with local groups taking action on climate change. This has given me so much. A strong sense of community and connection with others that care. A means to make our voices heard and to create change.

I would strongly urge anyone worried about climate change to connect with others in your community who share your concerns. Start having conversations about the future you would like for your children.

Alone you can feel powerless, but together we become a formidable force for change.