Choked in smoke – living in the thick of Indonesia’s haze

Smoke caused by forest fires and peatland destruction, is covering about 80% of Sumatra, Indonesia. And it seems like no matter how far you try to escape, the smoke follows. 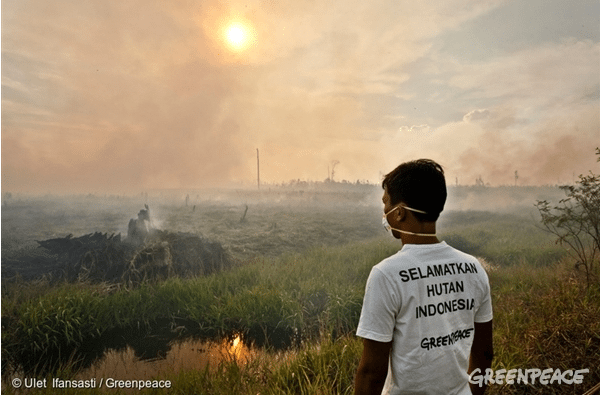 My wife and daughter should be at our home in Pekanbaru, Riau on the east of Sumatra right now. It’s been more than a month since we moved, or rather escaped to my parent’s house in West Sumatra. But like a dark cloud over my head I’ve since discovered that wherever I go, smoke follows.

For the past fortnight, most of Sumatra has been blanketed by smoke, triggered by forest fires in South Sumatra and the central east and eastern provinces of Riau and Jambi. It’s currently the dry season and major companies are accused of intentionally and illegally burning to clear land for palm oil plantation; and individual farmers are using “slash and burn” techniques to make way for new crops, resulting in a thick haze that has also enveloped Singapore and Malaysia, and forced the closure of schools and airports. Needless to say, the pollution is stifling.

A friend in Pekanbaru who was unable to move his family away from Riau, has no choice but to try and live with the dangerous pollutants. Another friend, who recently had a baby, was recommended by the doctor to take his daughter outside as much as possible so she can bathe in sunlight, which is crucial to avoid jaundice. Unfortunately, the sun never shines as smog has shrouded the Pekanbaru sky. 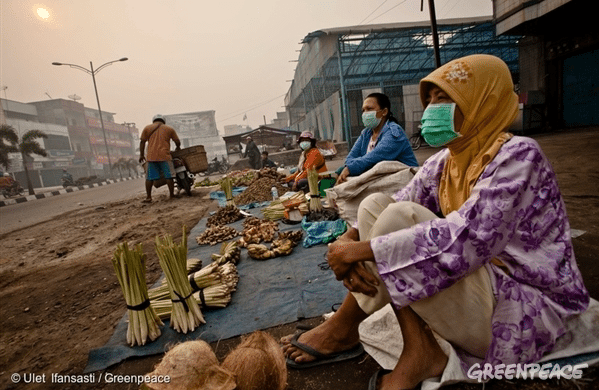 In the last several years, the Indonesian government has spent millions of dollars fighting forest fires via water bombing and cloud seeding efforts; and our President Joko Widodo has shown compassion and concern for the raging situation. Last November he visited Sungai Tohor in Riau, one of the provinces most affected by peatland fires, and personally blocked one of the many canals dug to drain peatlands for plantations. Just this month Jokowi visited “ground zero” in South Sumatra, stressing that the situation was “urgent”. 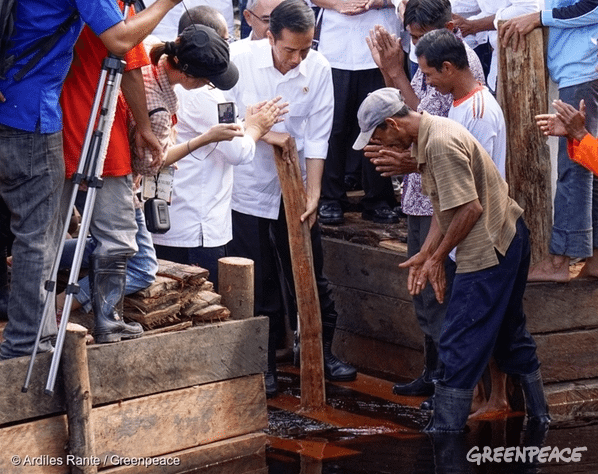 “I’ve ordered the police chief to get very tough on companies that do not comply with the law… and instructed the Forestry Minister to revoke (their) licences once they are found guilty on criminal charges,” said Jokowi.

But it seems like Jokowi’s promises are about as hazy as the air around us.

Last week Indonesia revealed its draft Intended Nationally-Determined Contribution (INDC) submission – a public document that outlines what post-2020 climate actions they intend on taking in the lead up to the COP21 climate summit. Whilst this document should have set out solutions to the ongoing deforestation crisis, it unfortunately fails to provide any commitment to zero deforestation, or peatland protection and restoration. With Indonesia being among the top emitters of greenhouse gases, and overtaking Brazil in terms of deforestation, this seems like a glaring and obvious omission.

Just how long the government intends on waiting before taking serious action on the situation is a worrying  question. Just a few days ago my wife showed me the air quality data in Pekanbaru – DANGEROUS! This means that our living space is no longer fit for humans to inhabit, and for the second time we’ve been forced to cancel our plan to move back to Pekanbaru. 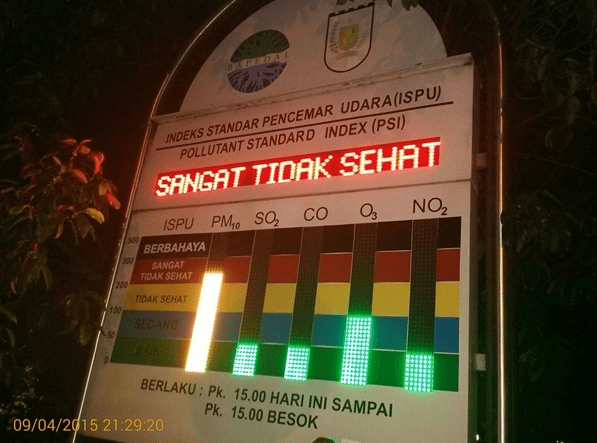 With the smog blanketing so much  of Sumatra, there is practically nowhere to escape. But now I am no longer waiting for the mercy of the government, nor the conscience of those who are selfishly burning and destroying the forests just to expand their monoculture plantations. Instead, my will to fight back has strengthened after looking into the eyes of my three-year old daughter, my wife and especially the future of the baby still inside her womb. They have to breathe the fresh air – even if it only means for a distant tomorrow.

Zamzami is a Media Campaigner in Indonesia for Greenpeace Southeast Asia