Celebrate! Kiribati changes its tuna and protects one of world’s largest fishing grounds

Raise your kava glass! After years of a marine protected area being falsely described as “off limits to fishing and other extractive uses” when it was actually being heavily fished, President Anote Tong of the Pacific island country of Kiribati and his government have finally voted to close the historic Phoenix Islands Protected Area (PIPA) to all commercial fishing 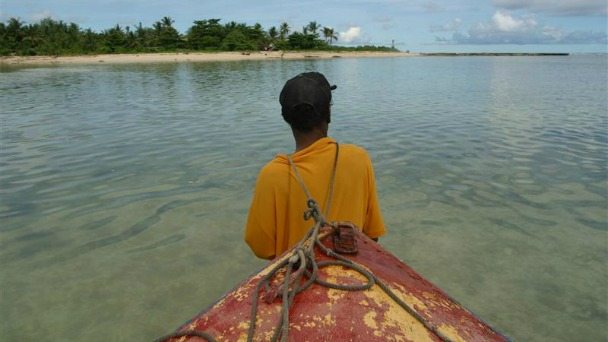 This time, we believe it’s true. One of the world’s largest and most heavily exploited tuna grounds will finally be closed to commercial fishing.

The parliamentary vote was reported on Kiribati Radio and recently picked up by investigative journalist Chris Pala in the Inter Press Times.

It was Chris Pala who pointed out that while Kiribati President Tong was boasting about his country’s marine reserve on the international stage, Kiribati was still allowing rampant fishing in 97% of the supposed marine reserve. Soon after, Greenpeace verified Pala’s claim with our vessel monitoring system. We discovered several tuna fishing vessels from the US, Korea, and Spain fishing inside the reserve.

In fact, when PIPA was created, only in the three percent of the reserve that’s around the islands, where virtually no fishing was going on, was it banned. In the rest of the reserve, the catch increased, reaching 50,000 tonnes in 2012 – an unheard-of amount in any protected area.

In an interview in Tarawa, the capital island, a year ago, Tong had brushed aside objections and said he had no intention of ending fishing in the reserve entirely anytime soon.

Fortunately, encouragement from around the world to make the Phoenix Islands Protected Area a genuine marine park seems to have led President Tong to change his tune.

Good for tuna = Good for business

Kiribati’s decision to close the Phoenix Islands Protected Area to commercial fishing is both good for tuna, and good for the long-term economic outlook of Kiribati. Tuna species currently in trouble, such as bigeye and yellowfin tuna, will be allowed to regenerate. Kiribati, one of the poorest countries in the Pacific, will be able to maintain a viable tuna fishing industry for years to come. 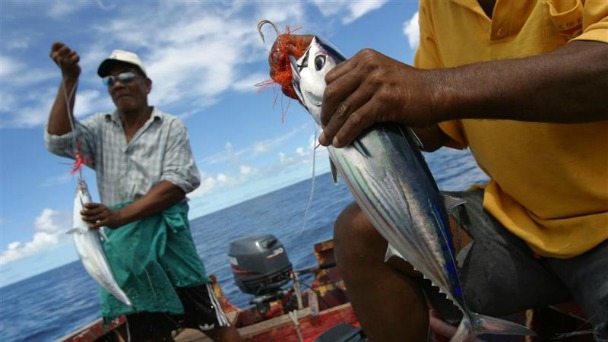 As the Jakarta Globe reported:

Ashley McCrea-Strub, a fisheries scientist at the University of British Columbia in Vancouver, argues that a complete closure “would create both capital and interest.”

“PIPA is big enough that some of the tuna will spend all their lives inside it, so they’ll be able to reproduce freely,” she said. “Once the density gets high, more fishes are going to start venturing outside the reserve in search of food and can be caught outside the border,” she said. “That’s the interest.”

It is good news for Australian tuna fishermen too. Tuna, being migratory, travel incredible distances during their lives. That means tuna protection in Kiribati will likely result in more tuna ending up in Australian waters too.

The marine reserve will be especially important as a breeding ground for tuna if predictions that global warming will create isolated currents of cooler water in Kiribati waters, are right. As the climate and ocean warms, these cool waters could become a last ‘refuge’ for coral and tropical fish.

“Like a seed bank for the future, [equatorial island coral reefs] might be a source of new corals and other species that could re-colonize damaged reefs,” explains a National Science Foundation (NSF) press release.

How do you monitor over 400,000 square kilometres of ocean?

Being such a large swathe of ocean, the challenge will now be monitoring the area for pirate fishing vessels. 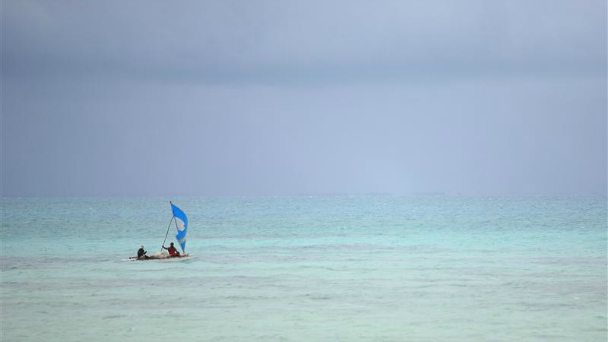 Greenpeace believes it is up to the big fishing nations such as Spain, Korea, China and the US to respect the boundaries of the marine reserve and ensure their fleets are stay out.

But the Australian Government can also play a role. A few years ago, Australia promised to upgrade the patrol boats of our Pacific neighbours. If Kiribati is to police its new protected area, Australia needs to fast-track the delivery of these boats. This would be a nice present to our Pacific neighbours, but it would also benefit Australia’s own tuna fishing industry, which relies on healthy tuna stocks in the Pacific.

Congratulations to the Kiribati Government on making such a momentous decision!