A few weeks ago, I did something incredible and took part in my first Greenpeace action to stop work on the construction of a massive open-cut coal mine. 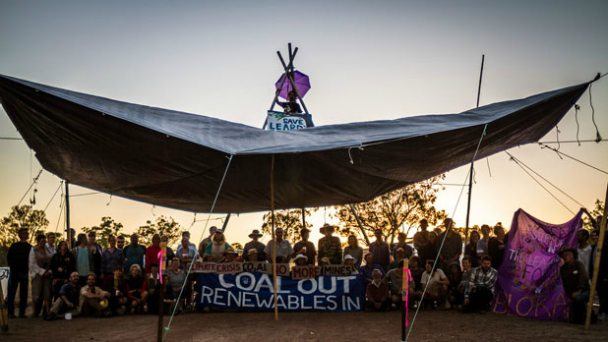 Over 100 people converge to stop the construction of Australia’s latest open-cut coal mine on 28 Jan 2014. ©Greenpeace

It was an amazing experience that I couldn’t recommend more highly to anyone thinking of getting involved. Here’s a quick post I wrote during the long drive home.

The ancient Leard State Forest is an area known for its extraordinary biodiversity. But it could all be torn down soon by coal mining giant Whitehaven to make way for a new monster coal mine. I was proud to stand with local communities in preventing (if only temporarily) the destruction of this special forest.

A few weeks later on 10 Febuary, CEOs from Greenpeace, the National Conservation Council, 350.org and Lock the Gate travelled to the Leard State Forest to hold talks about how we can stop Maules Creek mine destroying this ancient forest.

What could this monster mine mean?

The people of Maules Creek are determined to resist this new mining development in their area. And for good reason too. There are already two mines operating nearby, Boggabri Coal and Tarrawonga. The Maules Creek Project would be the third mine and the largest, with some devastating effects for local communities and the planet.

Local farmers already facing a fierce drought could be further deprived of fresh water. Coal mines like Maules Creek require millions of litres of water to function. The mine would deplete what’s left of the water table, putting already struggling farmers under further stress.

The Gomeroi Peoples are the traditional owners of this land. Many of them told me how the mining site was an ancient burial site for their ancestors. They have accused the Abbott government of failing to act on their application for an immediate stop-work order on the land. They lodged it back in November 2013 to try to protect burial grounds and culturally significant sites.

The Maules Creek mine is approved to extract up to 13 million tonnes of coal annually and is estimated to produce greenhouse gas emissions of about 30 million tonnes of carbon dioxide per year. That’s roughly equivalent to New Zealand’s energy sector. Although this coal is destined for burning in overseas power stations, Australia plays an undeniable role in allowing this to happen.

It’s never been more important to stop new mines like this. Scientists have said that, in order to keep global warming below 2ºC, carbon dioxide levels in the Earth’s atmosphere must peak in 2016 and then decline by 2.7% every year after that. Australia has recommitted to its promise to a 2ºC limit, yet the expansion of the coal-export industry is incompatible with this commitment. 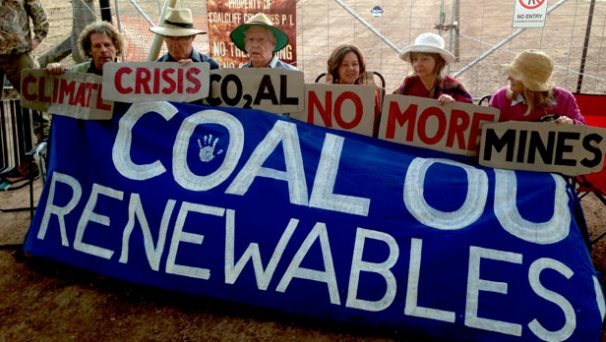 Even if we do achieve the 2ºC increase, we will witness a decrease in global food production, an increase in extreme weather events and the loss of many coral reefs worldwide. That includes Queensland’s World Heritage listed Great Barrier Reef. 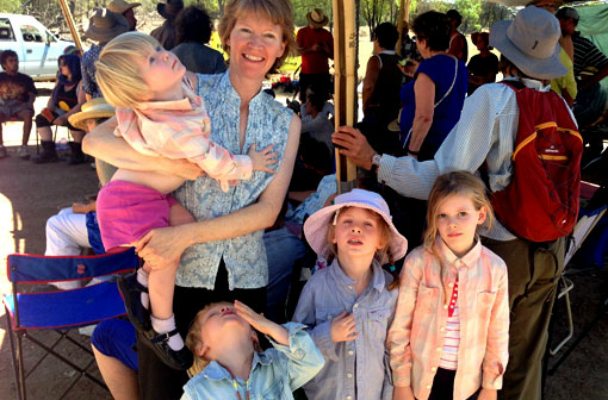 Libby Laird and her family join the blockade to oppose the mine. The Lairds are a local farming family whose relatives the forest was named after. She worries about the future of her children if the coal mine goes ahead. ©Greenpeace

How you can help

The Leard State Forest blockade has been in operation for over 560 days including local farmers, Traditional Owners, politicians and environmental scientists. Now the urgency is growing. Forest clearing has just begun to make way for access roads and rail lines into the area. Large crucial portions of the forest due for clearing are the habitat for over 28 endangered species.

It’s a critical opportunity for environmental organisations like Greenpeace and Lock The Gate to change the way energy production and investment is seen within Australia.

“Around the world, individuals and communities are joining together to oppose fossil fuel projects. From openly calling for sit-ins and getting arrested (Keystone XL movement, Canada and the US), to denying fossil fuel companies access to land (Lock the Gate, Australia), and to tackling coal-mine expansion…” – Point of No Return Report.

I’ve stayed in the camp myself, and I couldn’t recommend the experience more highly to anyone thinking of visiting. If you’re thinking of getting involved, join the conversation and find out more information by using #LeardBlockade on Facebook and Twitter or by visiting: leardstateforest.tumblr.com