How it all Began 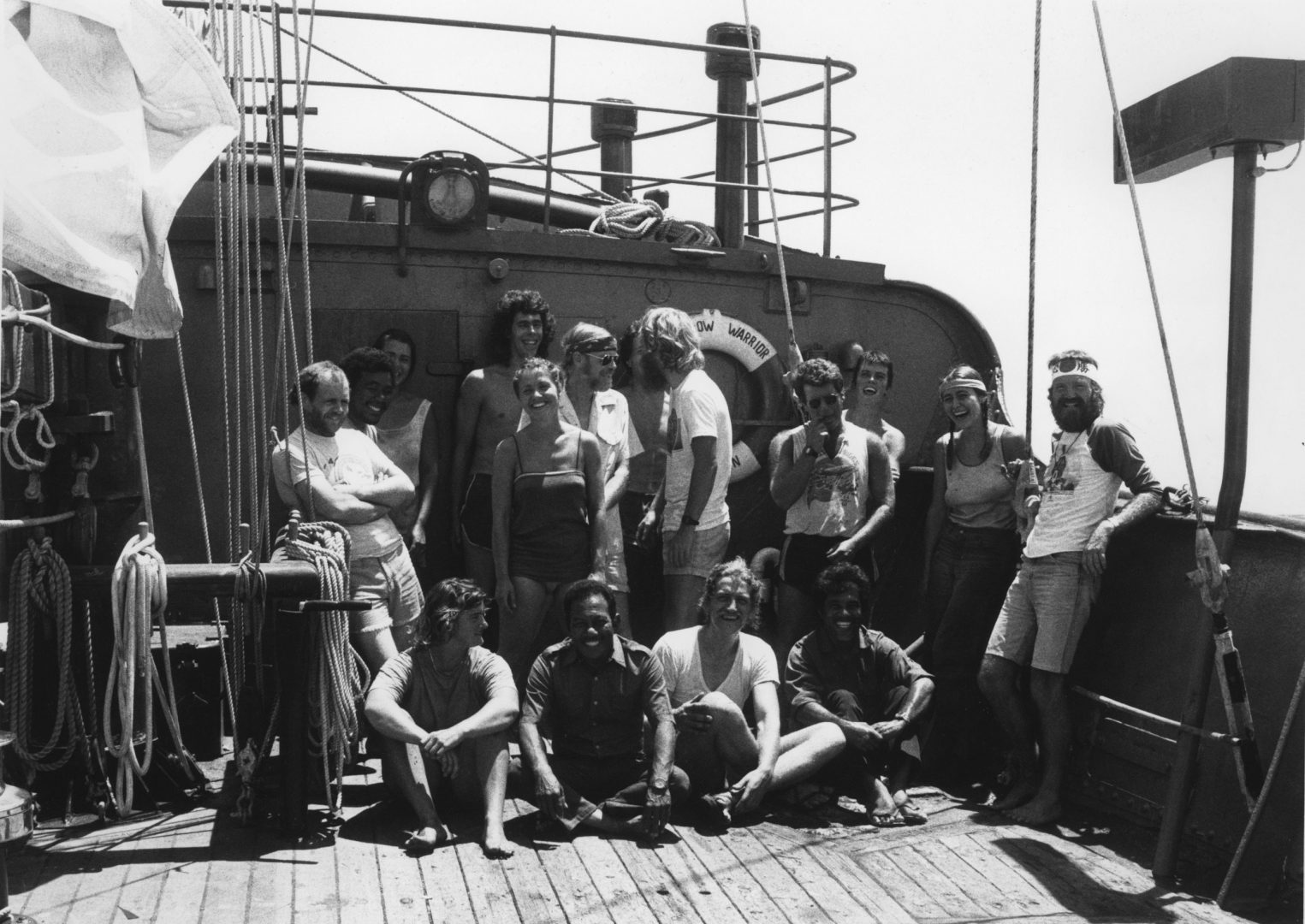 There’s an old joke that in any bar in Vancouver Canada you can sit down next to someone who claims to have founded Greenpeace. In fact, there was no single founder, and the name, idea, spirit, tactics, and internationalism of the organisation all can be said to have separate lineages. Here’s a few facts.

In 1970, the Don’t Make A Wave Committee was established; its sole objective was to stop a second nuclear weapons test at Amchitka Island in the Aleutians.

The committee’s founders were Dorothy and Irving Stowe, Marie and Jim Bohlen, Ben and Dorothy Metcalfe, and Bob Hunter. Its first directors were Stowe, Bohlen, and a student named Paul Cote.

Canadian ecologist Bill Darnell came up with the dynamic combination of words to bind together the group’s concern for the planet and opposition to nuclear arms.  In the words of Bob Hunter, “Somebody flashed two fingers as we were leaving the church basement and said “Peace!” Bill said “Let’s make it a Green Peace.  And we all went Ommmmmmmm.” Jim Bohlen’s son Paul, having trouble making the two words fit on a button, linked them together into the committee’s new name: Greenpeace.

Marie Bohlen was the first to suggest taking a ship up to Amchitka to oppose the U.S. plans. The group organised a boat, the Phyllis Cormack, and set sail to Amchitka to “bear witness” (a Quaker tradition of silent protest) to the nuclear test. On board were:

Stowe, who suffered from sea-sickness, stayed on shore to coordinate political pressure. Cote stayed behind too, because he was about to represent Canada in an Olympic sailing race.

Bob Hunter would take the lessons of that first voyage forward and improvise upon them to the point that he, more than anyone else, invented Greenpeace’s brand of individual activism.

The Amchitka voyage established the group’s name in Canada. Greenpeace’s next journey spread their reputation across the world.

In 1972, David McTaggart answered an ad placed in a New Zealand newspaper by Ben Metcalfe, calling for a ship to go to Mururoa Atollto protest nuclear weapons testing there.  McTaggart chose the following crew:

Their ship was rammed, and on his return the next year McTaggart was beaten by French commandos to the point where he lost vision in one eye.  An epic battle played out in media around the world as a tiny ship challenged one of the greatest military forces on Earth.

For the next two decades, McTaggart would vie with the French government over nuclear weapons testing at sea and in the courts, and rise to the leadership of Greenpeace worldwide.

At a point when separatist Greenpeace national and regional entities were taking legal action against one another, the successful businessman and athlete stepped in and settled the arguments by founding Greenpeace International.