Together, we can protect the endangered animals from the Congo Basin by preserving the ancient rainforests.

The vast forest of the Congo Basin is the second largest tropical rainforest on earth and the lungs of Africa. Its incredibly rich and diverse ecosystem provides food, fresh water, shelter and medicine for tens of millions of people, and is home to many critically endangered species including forest elephants, gorillas, bonobos and okapis. Of the hundreds of mammal species discovered there so far, 39 are found nowhere else on Earth, and of its estimated 10,000 plant species, 3,300 are unique to the region. 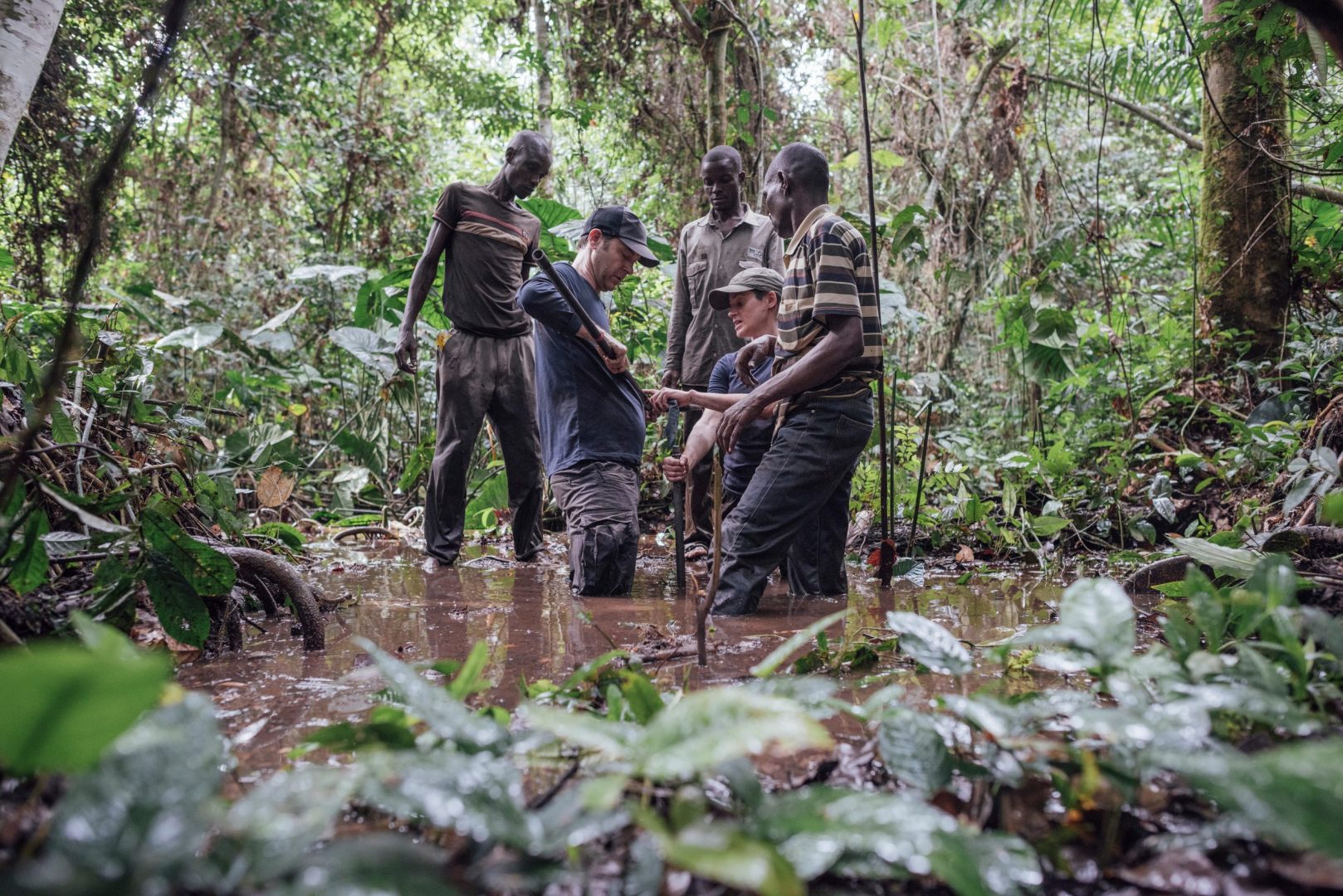 The rainforest supports an astonishing range of life, within its teeming rivers, swamps and savannahs. But it also helps to sustain life across the whole planet. An estimated 8% of the earth’s carbon that is stored in living forests worldwide is stored in the forests of the DRC, making the country the fourth largest carbon reservoir in the world. The Congo Basin rainforest plays a critical role in regulating the global climate and halting runaway climate change, for the benefit of the entire biosphere.

But the forest, and the people and animals that depend upon it, are under threat as the unquenchable global thirst for natural resources, crops and foodstuffs means African lands are, more than ever, a target for investors. The solutions to these threats lie firmly with those who live there.