SYDNEY, Jan 30, 2019 - Climate action groups are calling on the major parties in NSW to prioritise clean energy by adding 4000MW of renewables to the state’s capacity during the next term of government, and helping families install rooftop solar. 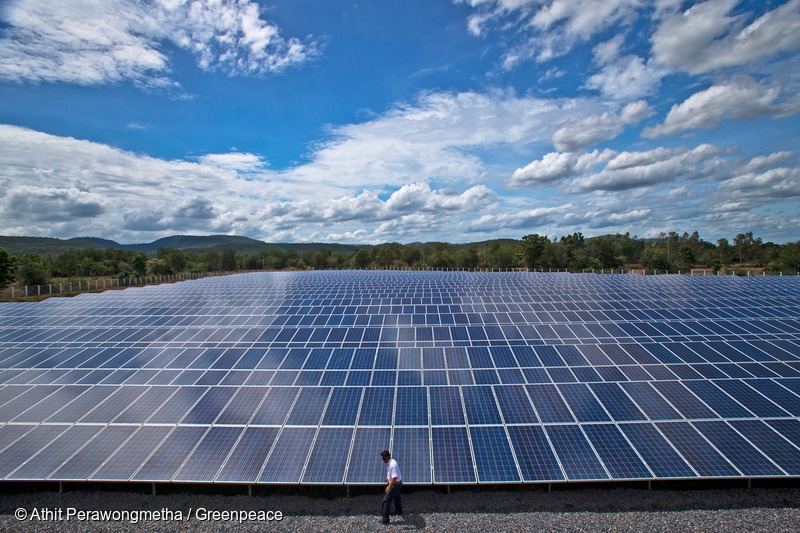 A man walks in solar farm.

“Premier Gladys Berejiklian has an opportunity to decisively turn the page on the Abbott era, and to put the Liberal Party – and NSW – on a responsible pathway to a future powered by clean, affordable and reliable electricity,” Greenpeace Australia Pacific NSW Campaign Manager Holly Dawson said.

“The Berejiklian government has been trying to reassure voters that it is different to its chaotic counterpart in Canberra. Well, now it has the chance to make that real by legislating the clean-energy policies the people of NSW want and need.”

Nature Conservation Council CEO Kate Smolski said: “Just last week, as the southeast sweltered through heatwaves and coal and gas power stations broke down, it was solar energy that prevented more widespread blackouts. But to date none of the major parties has announced a credible plan to bolster clean energy and act on climate change.

“NSW has one of worst records in Australia for clean energy, with less than 7 percent of the state’s power coming from wind and solar. NSW needs to ramp that up to 40 percent over the next four years to get on track to net-zero emissions by 2040 and allow for the planned closure of both the Liddell and Vales Point coal power stations.

“During our summer scorchers, access to cost-cutting rooftop solar can be the difference between a family being able to afford to put on a fan or the air conditioning.

“But there are thousands of families that face barriers to slashing their bills with solar, including renters, people living in apartments and low-income households.

“Luckily, there are simple policy solutions available to address this issue.”

The groups are calling on all parties to ensure:

Greenpeace Australia Pacific, the Nature Conservation Council of NSW, and Solar Citizens have a combined NSW membership of about 300,000. We are working to raise awareness of climate and energy issues state-wide and specifically in the state seats of Coogee, Monaro, Penrith, Bega, and Ballina.