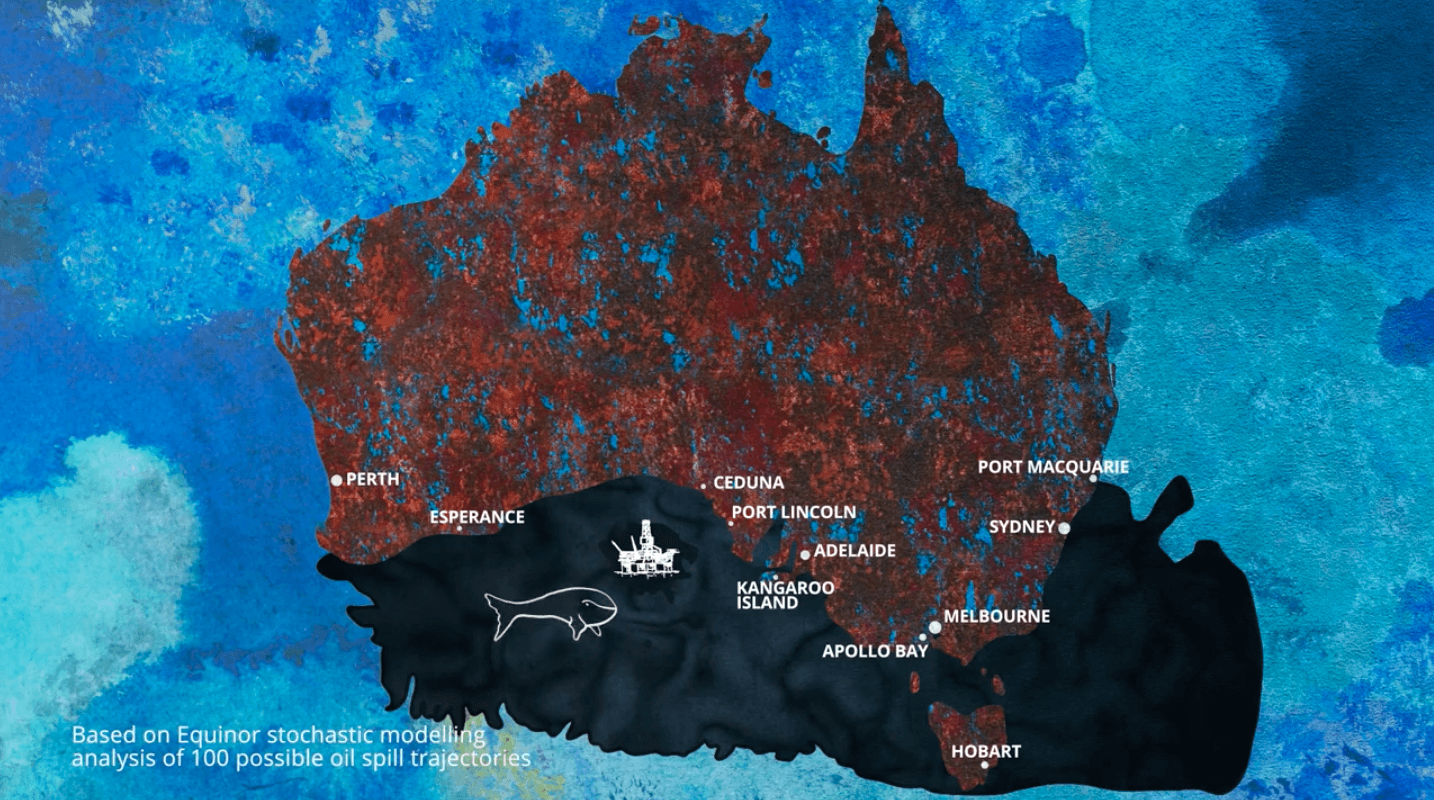 Download a detailed summary and excerpts from the incident reports.

Just weeks before the Australian offshore oil safety regulator NOPSEMA is due to make a decision on Norwegian oil company Equinor’s bid to drill in the Great Australian Bight, new research from Greenpeace has revealed that over the past twelve months the company has overseen a doubling in serious safety incident rates. Download the report now.

This is on the back of a marked increase in the rate of safety problems at its facilities over a three year period during which Equinor has registered a total of 63 incidents, including a loss of well control incident that was compared with the Deepwater Horizon disaster, fires, oil spills, gas leaks, and near-fatal equipment failures.

“Equinor makes bold statements about its commitment to safety but it has already had more accidents this year than in any of the past three. The record points to a trend of negligence toward the safety of workers and the environment at Equinor facilities and a serial unwillingness to rectify problems identified by the Norwegian Safety Authority that should serve as a warning to the Australian regulator, NOPSEMA”, Greenpeace Australia Pacific Senior Campaigner, Nathaniel Pelle, said.

“Despite being warned by the Norwegian authorities, Equinor facilities are possibly more unsafe today than they were three years ago.”

“Given the Bight’s extreme remoteness and lack of any safety infrastructure for thousands of kilometres, what’s really terrifying is how many of these incidents could have been much worse in slightly different circumstances.”

Experts have warned that the Bight is exceptional both in terms of the risk of an accident occurring, and the difficulty responding to any incident and have criticised Equinor’s approach to safety in its environment plan as ‘cavalier’. [1]

“Equinor has downplayed the risk and ruled out locating critical safety equipment in the Bight, such as a support rig, to help in the event of an incident saying it is too expensive to do so.

“Equinor’s cost-cutting in the Bight, which wouldn’t pass Norwegian safety standards, could mean help might not arrive in time to prevent an incident escalating into a major environmental catastrophe.”

During the three-year period in question, Equinor has experienced nine incidents related to worker safety and involving injuries. Over the same timeframe, Equinor has been responsible for ten oil spills and gas leaks, suffered six fires, three well control incidents and was cited by Norway’s Petroleum Safety Authority (PSA) for 51 ‘non-conformities’.

One incident, in which Equinor lost control of a well at its Troll field, drew comparisons with the Deepwater Horizon disaster. The PSA stated: “under slightly different circumstances, it could have led to a major accident with the loss of several lives as well as substantial material damage and emissions/discharges to the natural environment.”

Most disturbingly, a follow-up audit of the same platform in May this year found, “several non-conformities including a lack of training and practice routines for personnel to secure barrier functions in the event of a well control incident.”

A detailed summary and excerpts from the incident reports is available for download.

Equinor is currently seeking approval from the Australian National Offshore Petroleum Safety and Environmental Management Authority (NOPSEMA) to drill the Bight. NOPSEMA has until November 14 to make a decision after previously requesting more information from Equinor when gaps were identified in its original Environment Plan.