History repeating as Greenpeace returns to the Antarctic

Greenpeace’s petition calling for the creation of an Antarctic Ocean Sanctuary has just surpassed one-and-a-half million signatures. With the help of a bevy of celebrities, Greenpeace’s campaign to create the largest protected area on Earth is gaining momentum. 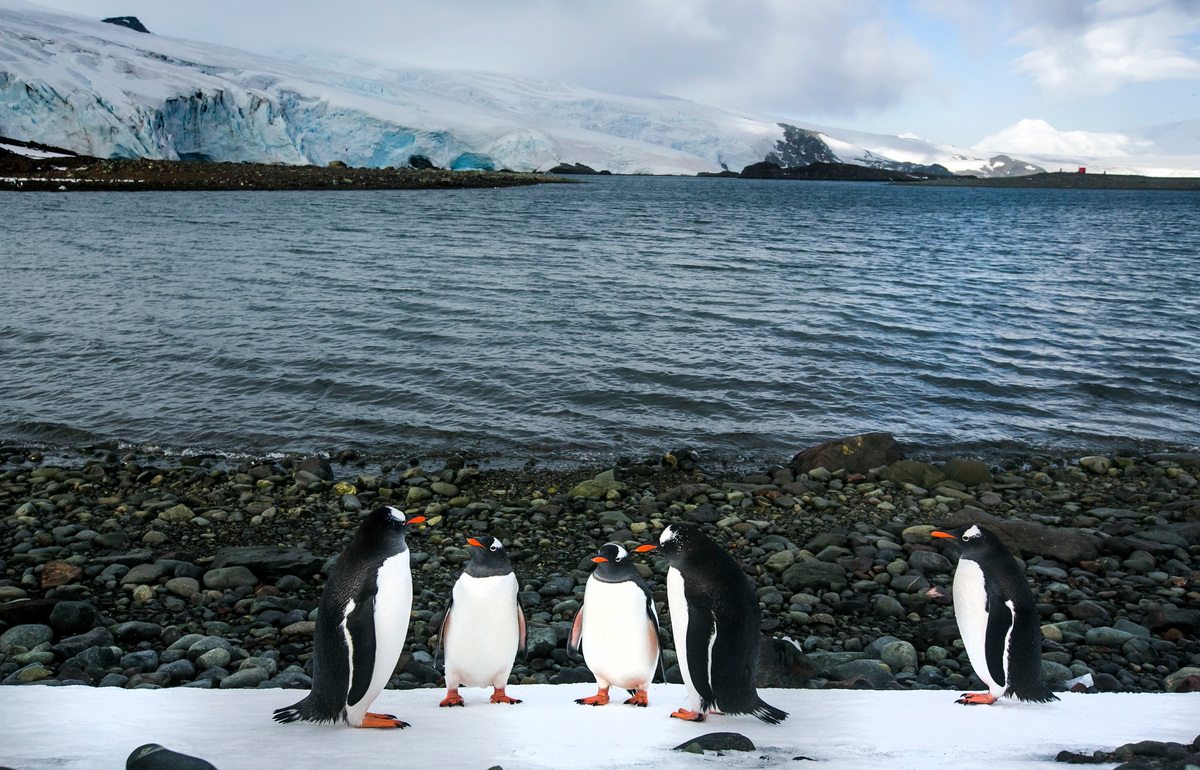 In this new Antarctic campaign, Greenpeace is seeking to emulate one of its most stunning victories. Nearly three decades ago, environmental activists, scientists, celebrities, and the French and Australian governments succeeded in convincing the parties to the Antarctic Treaty to adopt a comprehensive environmental protection agreement for the entire continent. It was one of the international environmental movement’s greatest achievements. How many other international agreements can you think of that are pre-emptive, rather than reacting to damage already done, and quite literally continental in scale?

Greenpeace’s current campaign for an Antarctic Ocean Sanctuary is building on this remarkable history. It has many of the same hallmarks: penguins dot the streets of major cities, petitions circulate social media, environmental lobbyists attend Antarctic Ocean Commission meetings, Greenpeace’s ship the Arctic Sunrise has just returned from an Antarctic expedition, and celebrities like Javier Bardem, Alison Sudol, and David Harbour, who plays Chief of Police Jim Hopper in Stranger Things, have joined the cause. So Could Hopper help Greenpeace save the Antarctic Ocean? Stranger things have happened.

The history of the original campaign that this one imitates so closely has largely been forgotten. But it’s worth remembering today, both as Greenpeace seeks to evoke its spirit and as a reminder, in such desperate times, that good things can happen when it comes to environmental protection.

In the early 1980s, the countries that governed Antarctica under the 1959 Antarctic Treaty began negotiations to open the continent to mining and oil drilling. Environmentalists leapt into action. Working under the umbrella of the Antarctic and Southern Ocean Coalition (ASOC), environmental activists – including many from Greenpeace – began campaigning for a ‘World Park’ in Antarctica and a complete ban on mining. For six years, parading penguins and penguins on stilts became a familiar sight to the negotiators and the world’s press as activists protested at Antarctic Treaty meetings held all over the world, while their colleagues lobbied the delegates on the inside.

Much like today – but without the added benefit of social media – Greenpeace and ASOC rose international awareness about the threat mining posed to Antarctica through international petitions, advertisements in popular magazines, books and pamphlets. In the mid-1980s, Greenpeace launched its own expeditions to the Antarctic, taking a small team down to Ross Island at Cape Evans and building their own World Park Base. Greenpeace scientists and activists worked in extremely hostile conditions to build the most environmentally friendly base ever constructed on the continent. They did their own scientific research and ‘monitored’ existing bases to expose some of their appalling environmental practices, sharing photographs of the open trash heaps and leaking fuel drums that were strewn around bases like the USA’s McMurdo Station. If the states negotiating an agreement to open Antarctica to mining couldn’t even be trusted to enforce their own environmental standards, Greenpeace asked, how can we trust them to regulate oil drilling?

Despite all these efforts and the significant public attention they were drawing, in 1988, the Parties to the Antarctic Treaty adopted the Convention on the Regulation of Antarctic Minerals Resource Activities. If that agreement had come into force, it would have eventually opened the continent to mining. But it never did.

In Australia, Greenpeace and ASOC activists had spent years on a domestic campaign. They mobilized their huge Australian membership to write thousands of postcards to their local MPs. They signed petitions, and increased awareness about the fact that the Australian government, which had been so focused on environmentally friendly policies at home, had helped negotiate an agreement that would open the Australian Antarctic Territory – 42% of the continent – to mining and oil drilling.

In 1989, the Australian Prime Minister, Bob Hawke, announced that Australia could not support the Antarctic Minerals Convention. In subsequent years, Hawke has claimed sole credit for saving Antarctica from mining. While the PM’s decision was crucial, and his motives were genuine, he does a disservice to Australian environmental activists by leaving them out of the story. Without the World Park campaign, Hawke would never have succeeded.

Hawke also received significant help from Greenpeace in another way. As the campaign against ratifying the Minerals Convention was gaining momentum in Australia, World Park activists succeeded in recruiting one of the most famous men in the world to their cause: the French explorer and adventurer Captain Jacques-Yves Cousteau.

Together with ASOC, Greenpeace, and Cousteau, Australia and France then embarked on a campaign for an Antarctic ‘Nature Reserve – Land of Science.’ The new allies now had to convince their colleagues in the Antarctic Treaty System to agree to create this nature reserve, not least the pro-mining United States. Cousteau appeared before the US Congress on several occasions and drew considerable media attention. He even embarked on his own expedition to Antarctica, taking six children with him – one from each of the inhabited continents – to represent the future and show them and the world what could be lost if Antarctica were to be opened to mining.

Cousteau and his allies in the World Park campaign convinced the Bush administration, and the world, that such a loss would be totally unacceptable. In 1991, the parties to the Antarctic Treaty adopted the Environmental Protection Protocol. That agreement commits signatories ‘to the comprehensive protection of the Antarctic environment’ and designates the entire continent ‘as a natural reserve, devoted to peace and science.’ It remains in place today.

That agreement doesn’t, however, protect the living resources of Antarctica. The exploitation of the Antarctic oceans is instead covered by the Commission for the Conservation of Antarctic Marine Living Resources (CCAMLR), though it’s “Conservation” record is decidedly mixed. A recent Greenpeace report, for example, found that intensive krill fishing is creating direct competition for food with local whale and penguin populations. Krill play a central role in the Antarctic food web, and are under increasing pressure from both overfishing and climate change.

With its current campaign, Greenpeace is hoping the EU proposal to create a 1.8 million square kilometre Antarctic Ocean Sanctuary will be agreed to at the next Commission meeting in October this year. The Sanctuary would extend protection to vulnerable krill populations and the Antarctic animals that rely on them. It would be the biggest protected area on the planet.

In the 1980s, it seemed inevitable that mining would begin on the last continent. The idea of a ‘World Park’ Antarctica was rejected by diplomats and politicians as utopian and unrealistic. But over a decade, a small team of environmental activists succeeded in convincing them that they were wrong. The history of Antarctica shows us that environmental protection isn’t always pipe dream. And, if we can achieve it there, maybe we can do it in other places, too.

PhD Candidate, The University of Melbourne