SYDNEY, April 29 2022 - Today’s update from the Australian Energy Market Operator (AEMO) revealing wholesale power prices soared 141 per cent in the first three months of 2022 compared to the same period last year - due to coal plant outages and coal market bids - shows how companies like AGL are driving up the cost of living for Australian households, Greenpeace Australia Pacific says.

As the cost of coal soars and the International Energy Agency (IEA) overnight launches a panel of global energy, climate, and finance leaders to manage the exit of coal from the global economy[1], AGL continues to limp towards a proposed demerger which will fail to deliver financial value to shareholders or seize the opportunity of an inevitable and accelerating energy transition.

Hannah McLeay, Greenpeace Australia Pacific campaigner, said the AEMO update shows AGL, Australia’s biggest climate polluter, is hurtling down a path to failure through its obsession with expensive and unreliable coal, which it will attempt to cover up through its proposed demerger.

“Despite coal being economically and financially disastrous, AGL wants to demerge to keep burning this outdated fuel source, and saddle households and shareholders with the costs. It serves only to jeopardise shareholder value by hiving off its crumbling coal-fired power stations into a separate company and leaving shareholders holding ownership of a dying organisation.

“Expecting shareholders to back a proposal which would do nothing to address these issues is the height of hubris, and the AGL leadership knows it.”

“AGL could join the rest of the market and accept the pace of the transition to renewable energy. Instead, it continues its dogmatic direction towards a dodgy demerger which makes no environmental or financial sense and is simply a ploy to hide its broken, failing coal-burning power stations.

“AGL must scrap its proposed demerger and deliver real, lasting shareholder value by embracing the energy transition and replacing its dirty coal-burning power stations with renewables by 2030,” she said. 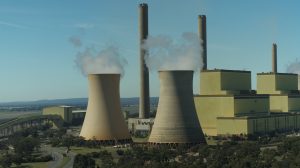