Last week, while I was asleep in bed, the New South Wales government took away one of my most cherished rights.

Protest is something that few people like doing, but we do it when we are pushed to our limits. When I went to the People’s Climate March last December, it wasn’t because I had nothing else to do on a Saturday. It was because our governments have been failing for decades to protect us from floods, bushfires and rising seas. 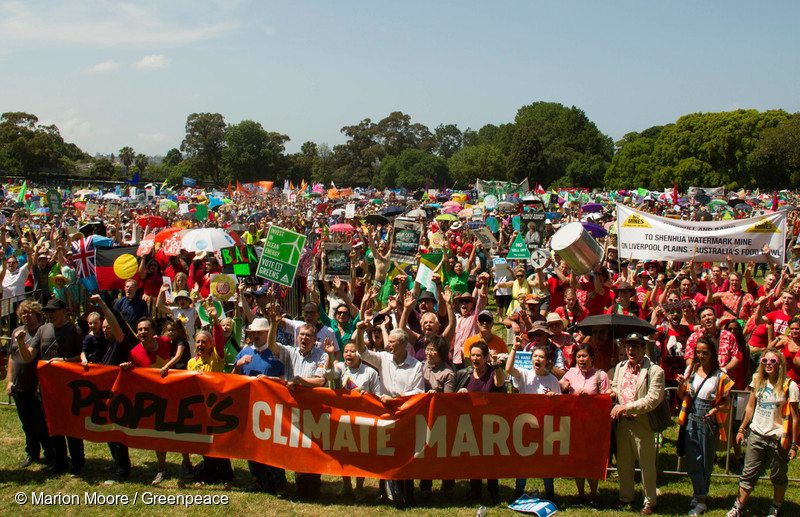 If you were there, you’ll remember the sea of colours, the kids and grandparents, the Pacific Islanders, the coal-affected communities and the religious leaders. Despite the tragic shootings in Paris, millions of people like you and me around the world marched for climate justice. Even though we are still a long way away from a world free of carbon pollution, it was global pressure from ordinary people that moved world leaders closer to where we need to be.

Can you imagine if the government had banned the People’s Climate March? Well, under new laws rushed through Parliament at 1 am Wednesday morning, they now have the power to do so. Rights that we now take for granted, like universal suffrage and Aboriginal land rights, were only won by peaceful protest. In fact, it’s hard to think of a right that was not won through protest.

What the laws do is give the police the power to disperse any protest – even if you have already notified the police and don’t intend to break any laws. They also allow the police to search you without a warrant and take away anything they think you might use to chain yourself to a gate. They could even take away your bike lock if you rode your bike to a protest. They can then destroy it without the courts having any right to order your property to be returned. They also introduced higher penalties if you protest on private land or do anything to directly protect water or farmland from coal seam gas. Does that sound crazy to you? You’re not alone. A state-wide poll has shown that 60% of people are opposed to this law. 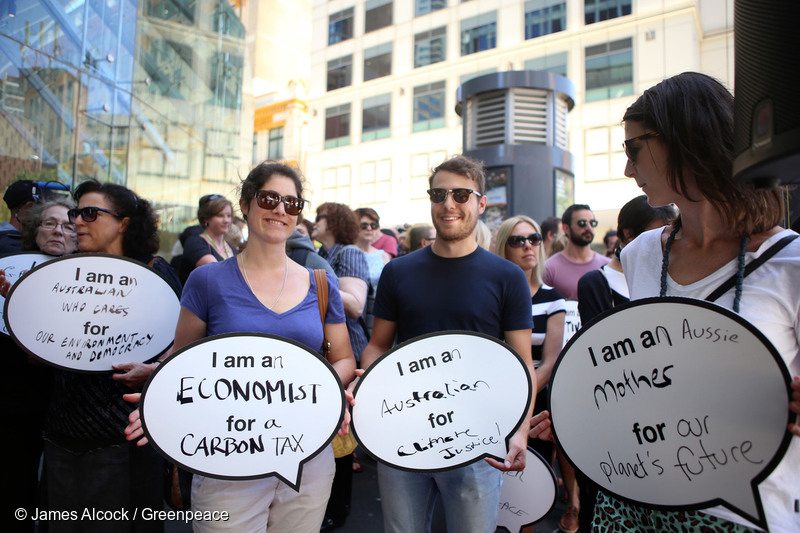 Then, why are they doing this? Well, last December, communities in the Upper Hunter had a massive win (did anybody ever tell you that ordinary people can’t change anything? Here’s a great example where they did). A coal mine called Drayton South was rejected by the Planning and Assessment Commission (PAC). The PAC is the body that decides whether big developments go ahead, and it’s supposed to be independent. That put a few noses out of joint at the Minerals Council (they’re kind of like a union for multinational mining companies). The Minerals Council demanded a meeting with the Premier and all 13 CEOs of mining companies across New South Wales. They insisted on changes that would make coal mines more likely to go ahead, and in the same breath demanded that the government throw the rule book at people if they stood up to protect places from coal mines. The government promised to give the mining companies what they wanted.

What ended up becoming law last week doesn’t just affect farmers, traditional owners and environmentalists. It will curb your rights whether you want to protest about council amalgamations, discrimination, or anything at all.

So what can we do about this? Back in 1909, a very similar law banning public speaking in Spokane, Washington, was brought in to stop unions from recruiting members in public. Local organisers put out a call for people from around the world to come to Spokane and fill the cells. The tactic worked and the law was quickly repealed.

As Martin Luther King wrote in his Letter to a Birmingham Jail, “One has not only a legal but a moral responsibility to obey just laws. Conversely, one has a moral responsibility to disobey unjust laws.” The funny thing about rights is that it doesn’t matter whether or not the government passes laws that punish us if we exercise them. We get to decide our rights together, and only lose them if we stop using them. Personally, I don’t intend to stop standing up for what I believe in.

If you’re as worried about these laws as I am, please share this blog with your friends.