A World Without Greenpeace? How One Corporation Is Attacking Your Right to Speak for Forests

Your right to speak out is being threatened right now in a dizzying variety of ways, not only by oppressive governments around the world, but also by underhanded corporations who want to suppress speech through expensive lawsuits. 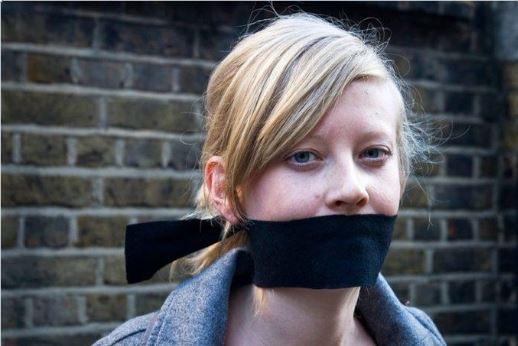 Right now, Greenpeace is facing a massive lawsuit that Resolute Forest Products has filed to prevent us from speaking out.

This strikes at the very core of our identity. Greenpeace was created to champion the very idea of speaking out for the planet and the people that depended on it. At our founding in 1971 when a group of the first Greenpeacers sailed out to Amchitka to stop nuclear testing, they weren’t able to stop it with their action, but the story they told sparked a global movement against nuclear testing.

Speech is power. It is the greatest force for change in the world, the tool each one of us has to build the future that we deserve. 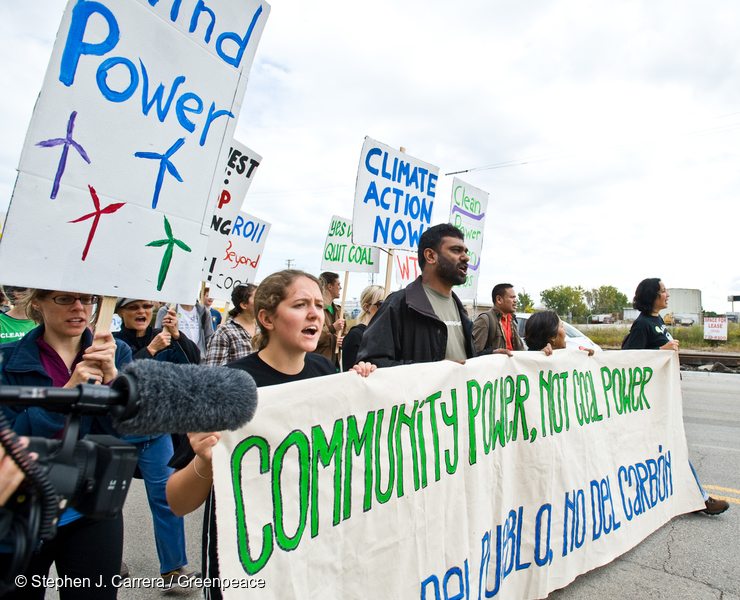 Today, in the United States, we are governed by a president who plans to decimate the EPA, censor scientists, roll back protections for clean water, air and the climate, and erode necessary human rights for people of different races and religions. And yet the voice of the people has never been stronger.

Journalists around the world are documenting the ethical failures of the administration. The social pressure of millions caused Uber to withdraw their support for the administration, and the voices of the millions who have protested at the women’s marches or at airports against the Muslim ban grow louder every day. Social media is a megaphone for the people, and stories from regular people ricochet around the globe overnight because of the inherent power of the words they use, not the money that they put behind it. People are speaking out, writing, sharing, organizing and protesting and they are not going to stop.

But right now Greenpeace’s ability to speak out is being threatened by multiple lawsuits filed by Resolute Forest Products — a $7 million lawsuit filed in Canada against Greenpeace Canada and a $300 million dollar (CAD) lawsuit filed in the United States (against GPUS and GPI).

Who is Resolute and why are they trying to silence us?

Resolute is a company that logs in the Boreal forest in Canada, and the forests they cut down become a variety of products from tissue and wood pulp to the very paper our books, newspapers and magazines are printed on. Resolute is suing Greenpeace because of a series of investigations through which we have exposed unsustainable practices; the Boreal forest needs healthy, intact habitats so that wildlife like woodland caribou can thrive. The forest is also the home to Indigenous peoples that depend on its resources, and in fact, have the right to decide how the land should be used.

Instead of facing up to the criticism from Greenpeace, Stand.earth and others, Resolute is telling us — and you — to stop talking about it.

Lawsuits like the ones they have filed are called Strategic Lawsuits Against Public Participation, or SLAPP suits, and they are a dangerous tool in the corporate toolbox to stop people from speaking out.

In fact, they are usually effective. They are designed to intimidate, and to ensure that corporations who can spend a lot of money in court can make speaking out too difficult for individuals, scientists and non-profits.

And another troubling aspect about the US lawsuit is that the $300 million claim is being made under RICO laws — designed to go after organized crime like the mafia. Their central argument is that an organization like Greenpeace that criticizes the practices of non-sustainable business is a criminal enterprise.

That concept is so ridiculous that we don’t expect Resolute to win on the merits, but it doesn’t make it any less of a threat. The worst part about SLAPP suits is that they can be meritless and still have an outsized time and financial impact, as well an intimidating impact on organizations and individuals.

Greenpeace has been handling bullies for a long time, so we’re not about to stop talking about the Boreal forest and why it needs to be protected. And we won’t stop telling Resolute why they have to change their practices to keep up with scientific opinion.

But this is bigger than just us.

Imagine a world without Greenpeace, where lawsuits like this win, or where organizations stop speaking out because it’s too risky and too expensive.

Now imagine a world where we don’t have the ACLU standing up for immigrants, Amnesty International standing up for global human rights, or Color of Change standing up to corporations working against racial justice. Imagine the Human Rights Campaign can’t afford to fight to preserve marriage equality. Imagine there is no more advocacy at all, that the groups that stand up for veterans, children, the disabled, the sick, the poor have been put out of business by the increasing cost of speaking out. Even more vulnerable are grassroots activists working in their communities without the support of an organization — frequent targets of these lawsuits.

Now imagine the newspapers get shut down because they can’t keep up with defamation suits from people like Trump, and the legal costs and consequences have gotten so high that we can’t afford to speak our minds anymore.

It may sound dramatic, but if a precedent is set that RICO laws can be used in this way, the door will be open for more scenarios like this. It happens quietly at first, and then when we see how powerful the corporations have become, it’s too late.

Already, we’ve seen two copycat lawsuits where others are starting to use these RICO charges in the same way: one filed against several environmental groups including Greenpeace in Texas by a climate denier, and another in New York against media companies, targeting advocacy about climate change and news stories about the election.

We have to put our foot down before it gets worse. Resolute is trying to cover up what they’re doing to the Boreal forest. But I know you won’t let it. Please spread this story. Speak out alongside us. Let Resolute know we won’t be silenced.

Molly Dorozenski is the Communications Director at Greenpeace US, where she has worked for eight years in creative and strategic communications. She has planned and executed comprehensive communications campaigns including campaigns on climate, the Arctic, the Gulf Oil Spill, as well as a variety of corporate campaigns that helped move companies towards more sustainable practices. In 2015 she received an Effie Award for work with the VIA Agency that pushed tech companies to commit to using more renewable energy.