Community and legal opposition to the Burrup Hub is surging

You might have heard us celebrating a record number of appeals lodged last month against Woodside’s North West Shelf extension to 2070. So what does it all mean, and why does it matter?

759 individuals and organisations each paid $10 to lodge their complaints with WA’s Appeals Convenor – and this figure leaves out those who might not have been able to participate due to reported glitching with the online submission system. 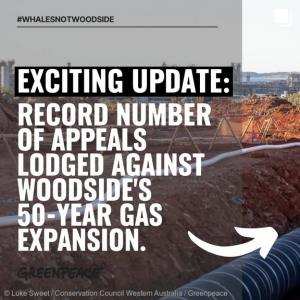 The North West Shelf is one of Australia’s oldest and most polluting gas processing plants. Opened in the 1980s, it was due to be decommissioned within the next decade. Instead, Woodside is dusting it off and seeking approval to extend the life of this facility to keep processing gas into the 2070s – well over 20 years past when Australia is meant to reach net zero emissions. The plant is a key piece of infrastructure for Woodside’s Burrup Hub – the most climate polluting fossil fuel project currently proposed in Australia.

The record number of appeals – well over 3 times the previous record for proposed infrastructure in WA – is a big deal. It shows just how much opposition is growing to reckless fossil fuel expansion right now, as climate change and environment issues dominate Australia’s media headlines. Among the appellants was Di Morrisey, famous Australian author, and Greenpeace Germany, showing how this fight over a gas plant in an isolated part of WA is gaining international attention, too.

And it’s not just the 759. Already, over 170,000 people from Australia and around the world have signed on to the petition to stop Woodside from this gas expansion, in one of the most beautiful and biodiverse marine areas in the world. 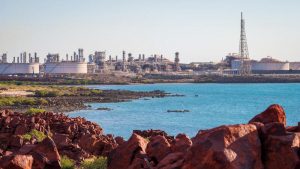 Why does it matter for Woodside’s Burrup Hub?

The North West Shelf is a climate disaster in its own right, which without mitigation will produce around 4.3 billion tonnes of climate pollution. But the EPA’s recommended approval could start to pave the way for an even more dangerous planned project, Woodside’s Browse gas field. It is also part of Woodside’s Burrup Hub plan to process gas from dangerous, deep sea gas drilling in WA’s oceans.

Woodside’s plan for its Scarborough and Browse projects – the two principal sets of gas fields that would fuel the Hub – is to dredge and drill a combined 1,330 kilometers of ocean floor for its pipelines, and send out seismic underwater pulses every 5 seconds for months at a time – right through key whale migration routes. For Browse, Woodside plans to drill 54 wells directly under Scott Reef, Australia’s largest standalone offshore coral reef. However, the company still needs many approvals and investment decisions in order to even start planning development. 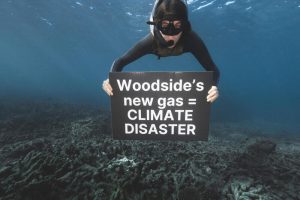 So what happens next?

The Appeals Convenor has to review the appeals and hear from experts, and an outcome could be anywhere from a few months to 2 years away. Ultimately, the decision will go to the state and federal environment ministers for final sign off.

Pressure is building at the federal level to stop allowing fossil fuel companies like Woodside to keep exploiting weak environmental laws. In just 1 week, almost 7,000 people signed on a Greenpeace Australia Pacific petition to both the federal Environment Minister Tanya Plibersek and state Environment minister Reece Whitby to reject the extension – showcasing just how strongly opposed Australians are to extending gas into the 2070s.

And it points to a broader trend. A current Federal Court case by the Australian Conservation Foundation seeks to halt the first stage of the Burrup Hub, the Scarborough gas project, until its climate damage to the Great Barrier Reef is assessed. Scarborough is also one of 19 projects in Environment Justice Australia’s current legal intervention asking the federal minister to reconsider nearly all new coal and gas proposals currently awaiting federal approval. Eyes will be on Whitby and Plibersek to see if they respond to this opportunity to bring climate more strongly into approvals processes.

So, we have to wait and see. But if this trend continues, we can be sure new fossil fuel projects like Woodside’s Burrup Hub plans are going to be met with serious community and legal opposition. And that poses risks for looming offshore projects, like Browse, and the investors and politicians who consider supporting them.

If you want to get updates from Greenpeace Australia Pacific on the campaign to stop Woodside, be sure to:

What is the Safeguard Mechanism?

Ask your MPs and Senators to #BlockBrowse 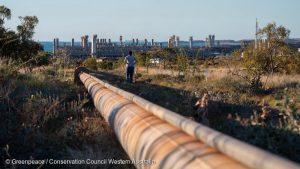 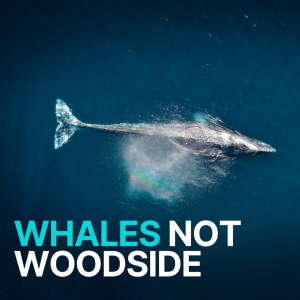