Women of the Warrior

"Women are really powerful, they just have to have access to the correct tools.” Laurence Nicoud, chef on board the Rainbow Warrior ship

“I’m writing a novel. About feminist pre-history. And it has to be a best-seller, because my friends all need it to be translated into their languages.”


We’re sitting on the bow of the Rainbow Warrior sailing ship, docked at an unassuming pier in Melbourne, Australia. The sky blushes soft pink as the sun dips below an industrial skyline. It’s my first night on board, and I’ve just learned that my roommate, the dynamic French chef Laurence, is both a former journalist and a current novelist.

Laurence is warm and very direct. She knows what needs doing and the most efficient way to do it. This is her third trip with Greenpeace, and her role involves the mammoth task of planning, buying and catering food for up to 30 people while at sea for weeks at a time. 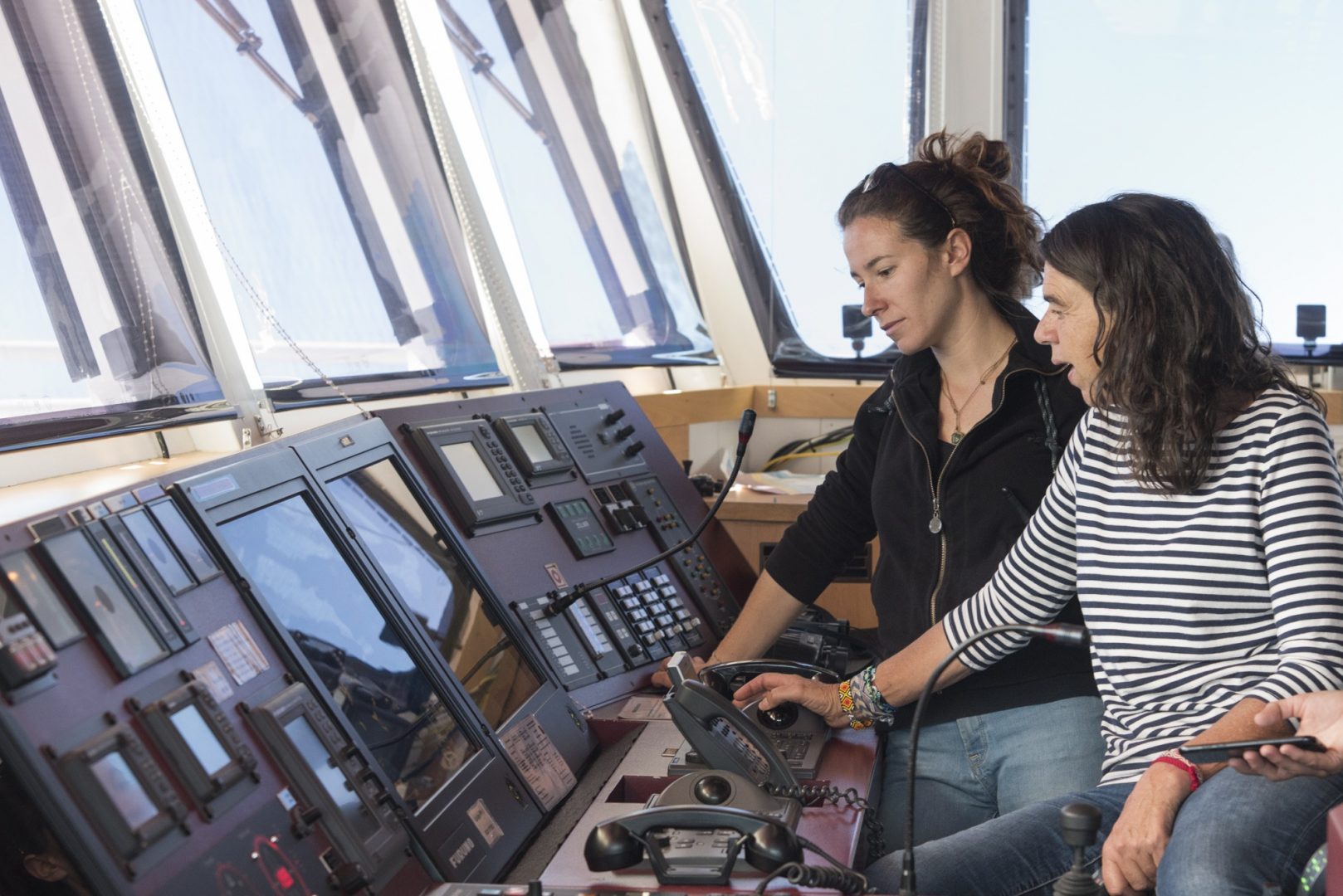 We’re setting sail around the Great Australian Bight, off the southern coast of Australia, to learn more about this pristine region and to protect it from the ravages of deepwater oil drilling. 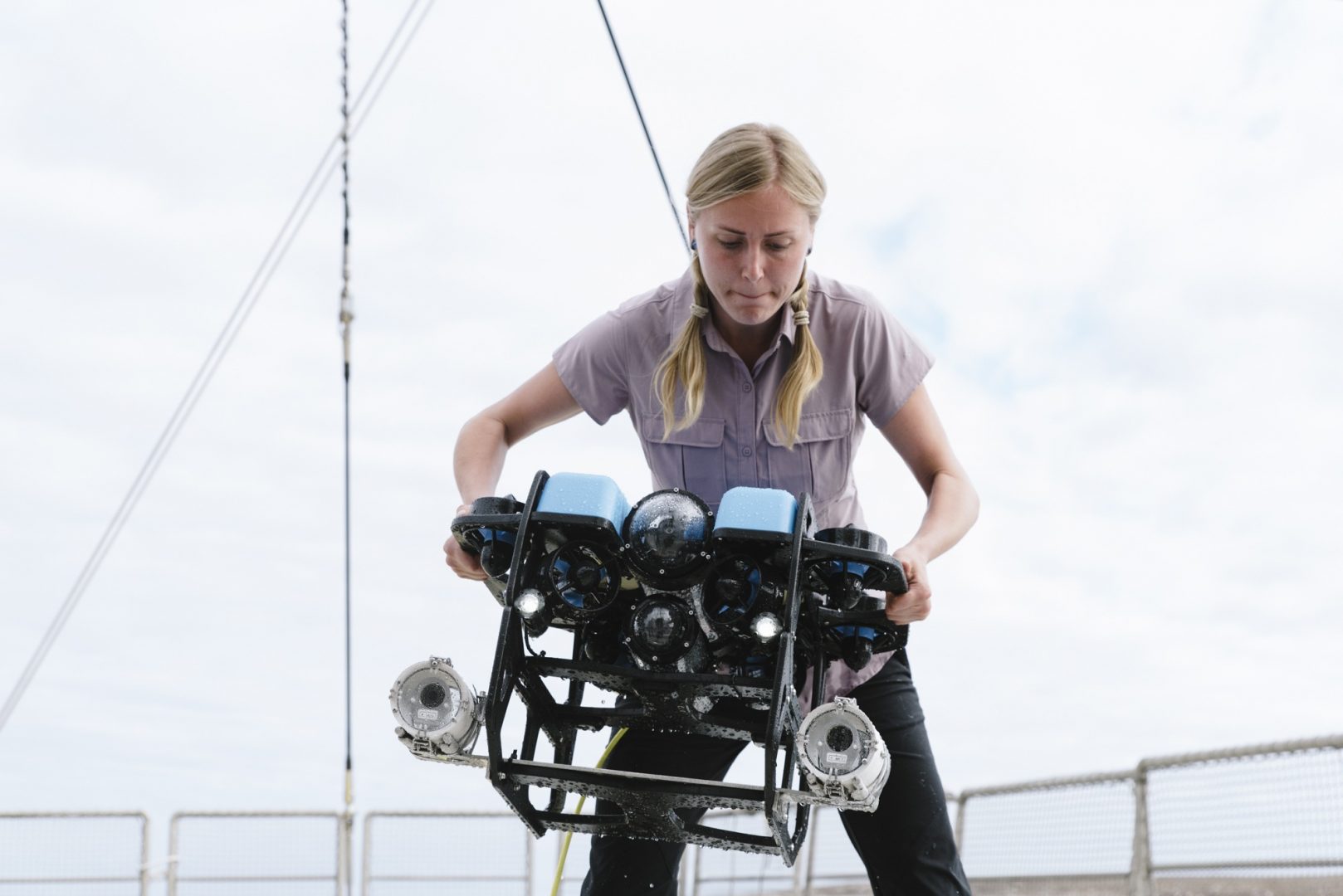 There’s a sense of camaraderie and compassion on the ship that goes beyond a traditional working environment. Everyone pitches in—whether it’s making a mockumentary about whale earplugs, troubleshooting the underwater robot or scrubbing spuds for dinner. 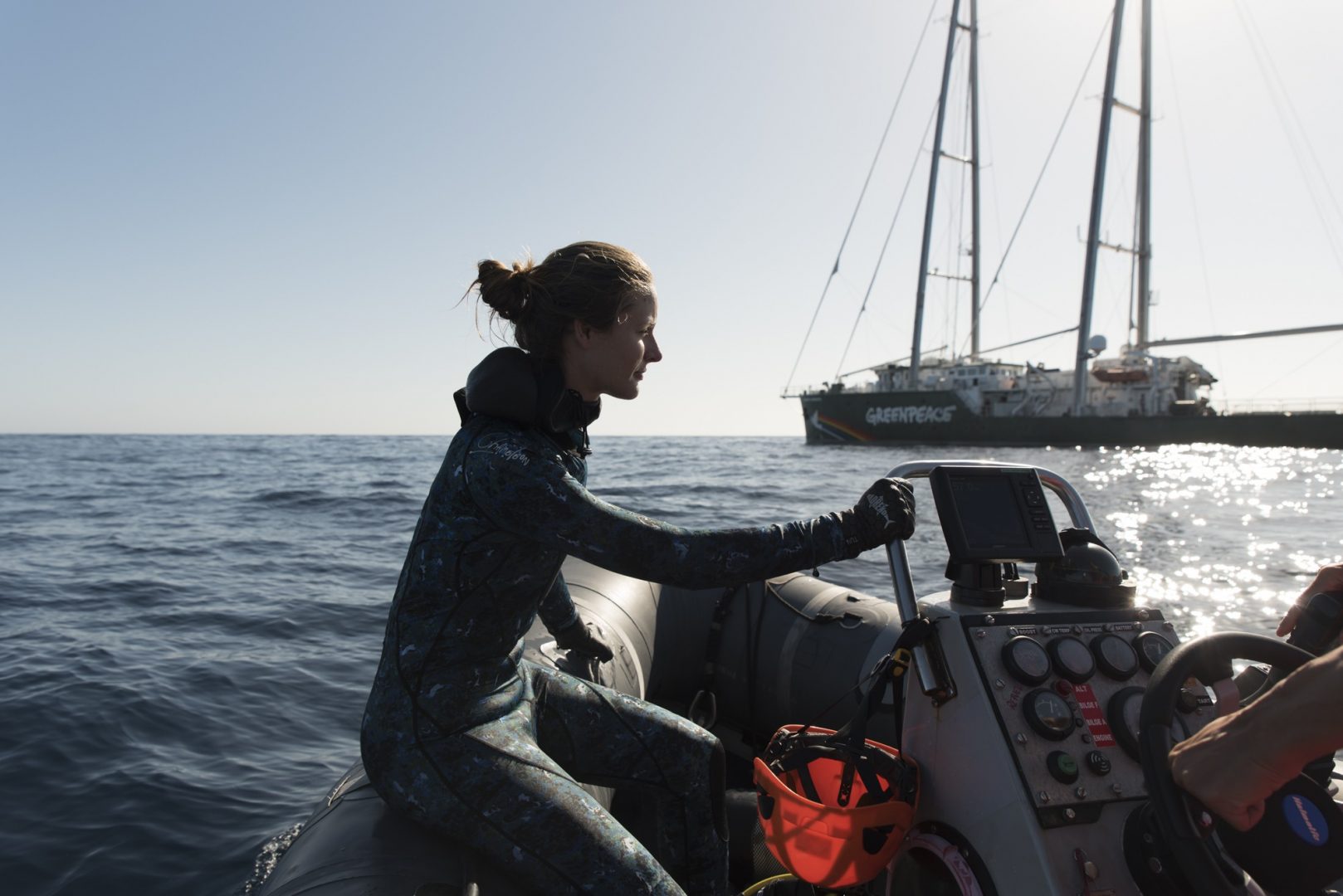 For the women of the Warrior that have worked on industrial or cruise ships, working with Greenpeace brings a welcome change in environment. Chief Officer Maria sums it up:

“Working on board [commercial] ships where I was the only woman sometimes was quite hard. You felt that sometimes people don’t understand, don’t take you seriously, assume that you’re weak – and then you have to demonstrate that’s not true.” 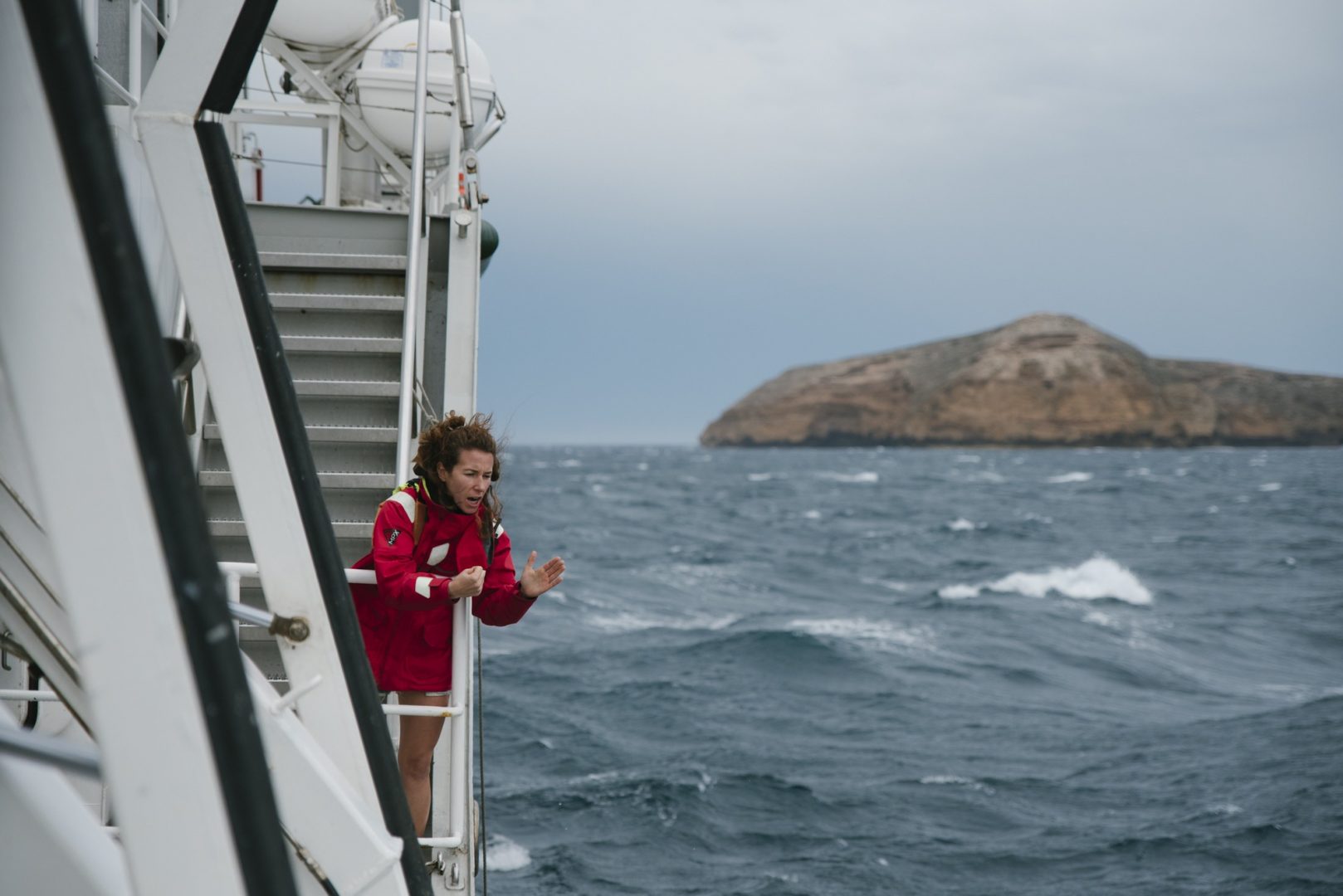 Maria, whose job involves being second-in-command and the first point of contact for most of the crew, grew up in Sitges near Barcelona. She began sailing at age eight, and she still describes the local sailing school as a place she loves. Maria was teaching at that sailing school when she first applied to work with Greenpeace.

“I didn’t mind what my job title was going to be, but I knew I wanted to join the Rainbow Warrior. I love sailing, and this is the only one of the three [Greenpeace] ships that sails. I feel more connected to the sea when the ship is sailing. It’s like talking with the wind.” 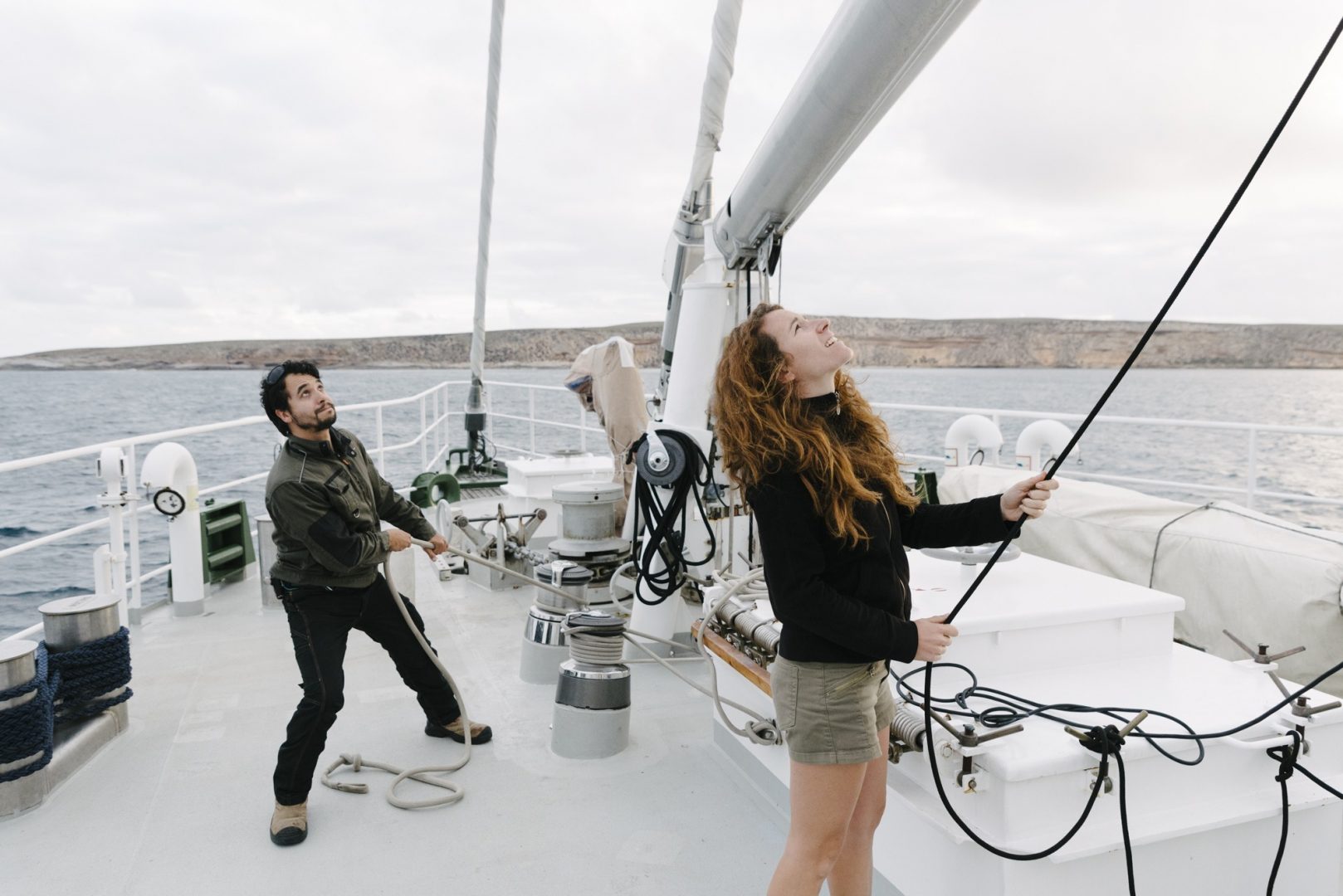 But it’s not always smooth sailing. The close proximity means any misunderstandings need to be talked through before they fester. “We share cabins, we share free time—so sometimes it’s not the easiest… You really try to solve the conflict before it escalates,” Maria explains.

Laurence laughs as she talks about the trials and tribulations of living 24/7 with the same people for three months at a time—and the challenges of keeping everyone on board fed and happy. Apparently if the cheese runs out, there’s a ‘war’, but she notes that the shared sense of purpose keeps everyone grounded: “It’s very concrete: I cook for the people I live with, and we are travelling together, and we share the same idea. This idea is the most important for me: to protect the environment.” 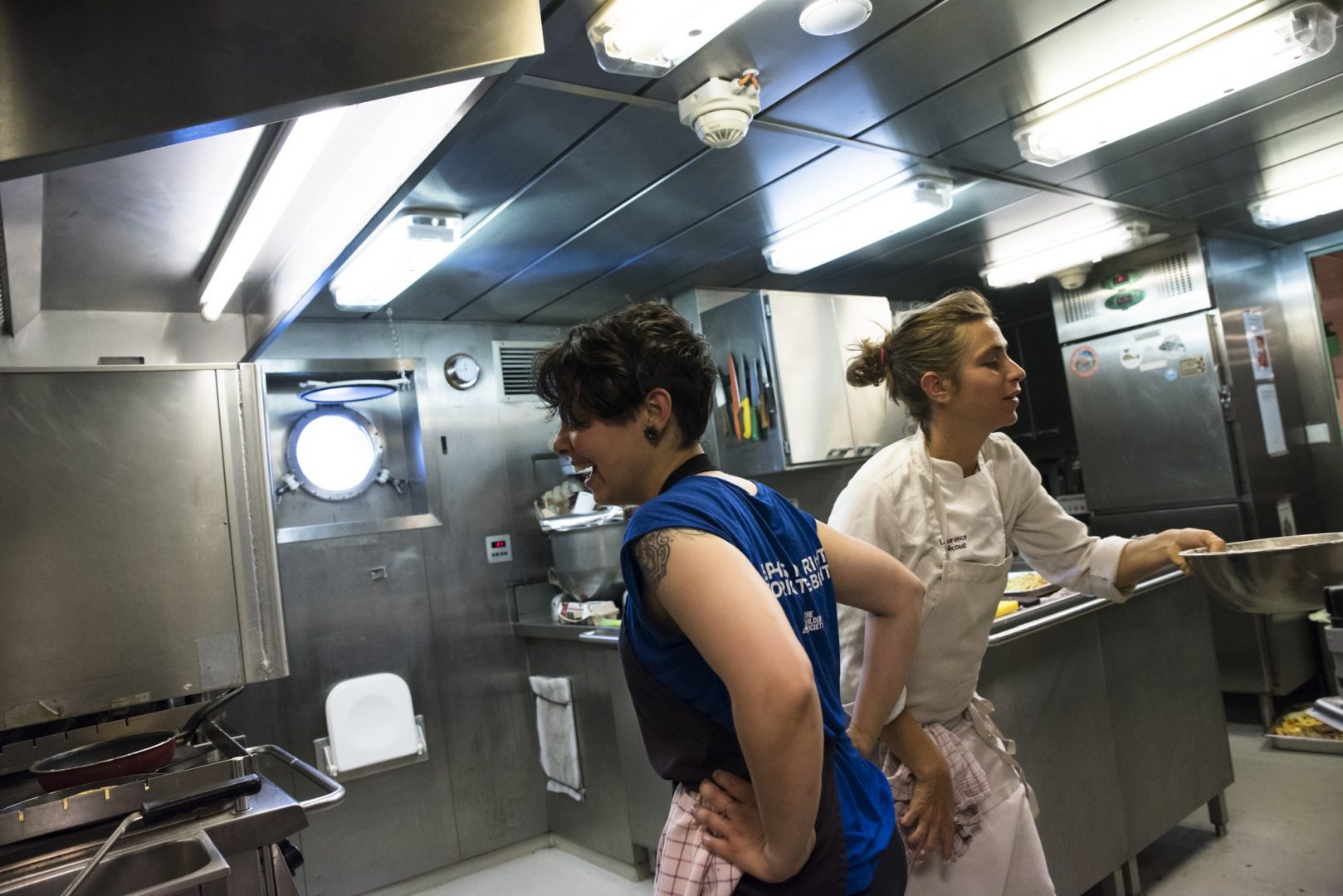 Laurence and Daniela Carvalho, volunteer cook’s assistant, in the galley

This is Laurence’s third trip with Greenpeace, and the first time she’s sailed with captain Hettie and chief mate Maria. She says she notices a difference in the way the crew communicates.

“On this third trip, with the captain and chief mate as women, it makes things easy. I don’t need to explain myself a lot. We do the same things, but we don’t need to speak too much. We just understand.”

“I am part of that kind of woman, we want to do what we want. We can’t think we can’t. Last year, I was in the Antarctic [on a Greenpeace ship]. I learned then that it was forbidden until the 1980s for women to go on a ship to the Antarctic. The woman are strong, here, to do all the stuff we do,” muses Laurence. 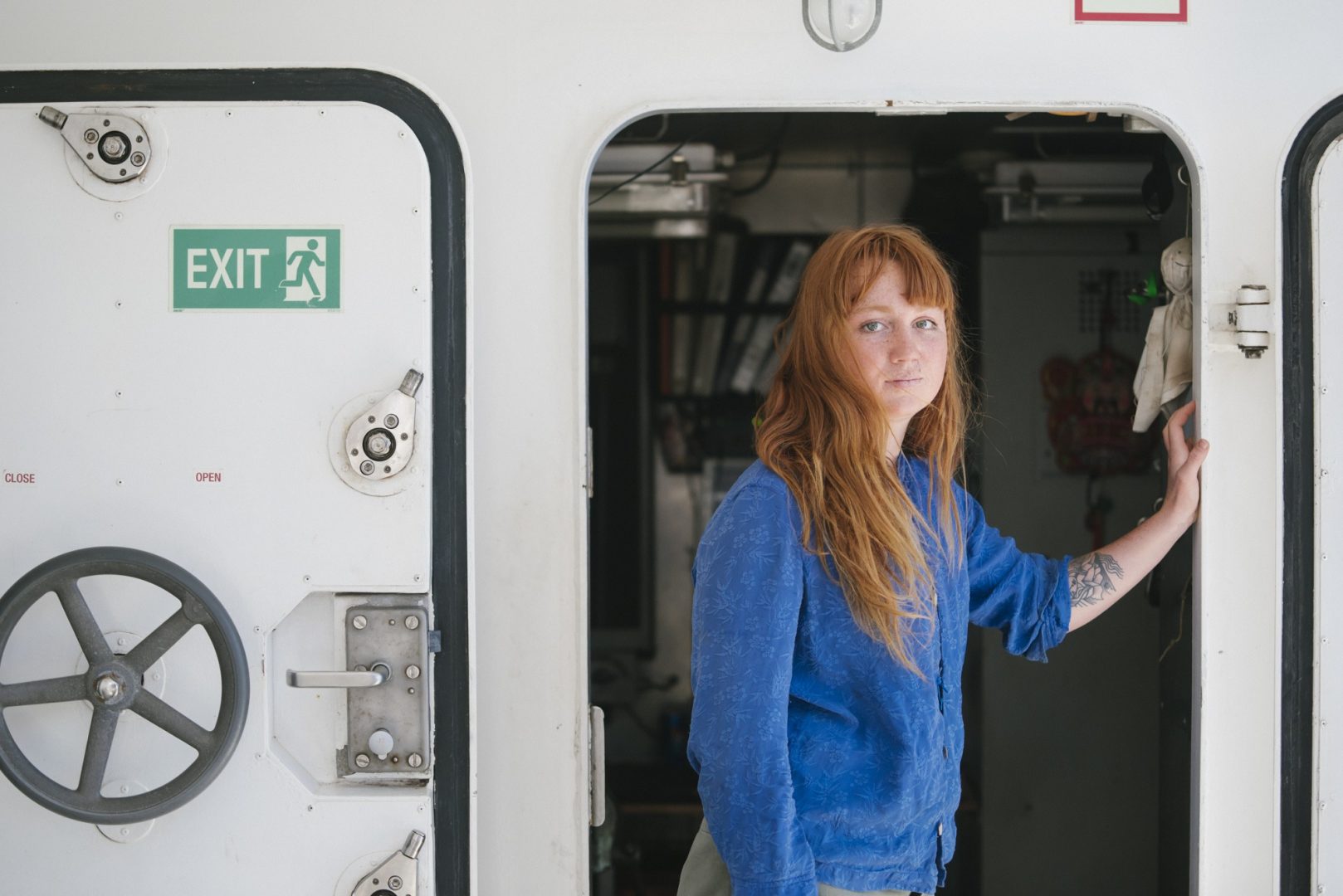 Volunteer deckhand Luca Lamont on board the Rainbow Warrior

On my last night on the ship, over pizza and beer and horizon-gazing, volunteer deckhand Luca tells me that she feels like she’s in the right place, here on the Warrior. Over the course of the campaign, I’ve watched her flame-haired form ducking and darting around rigging and winches, absorbing the detailed information required to set sail. Literally learning the ropes. 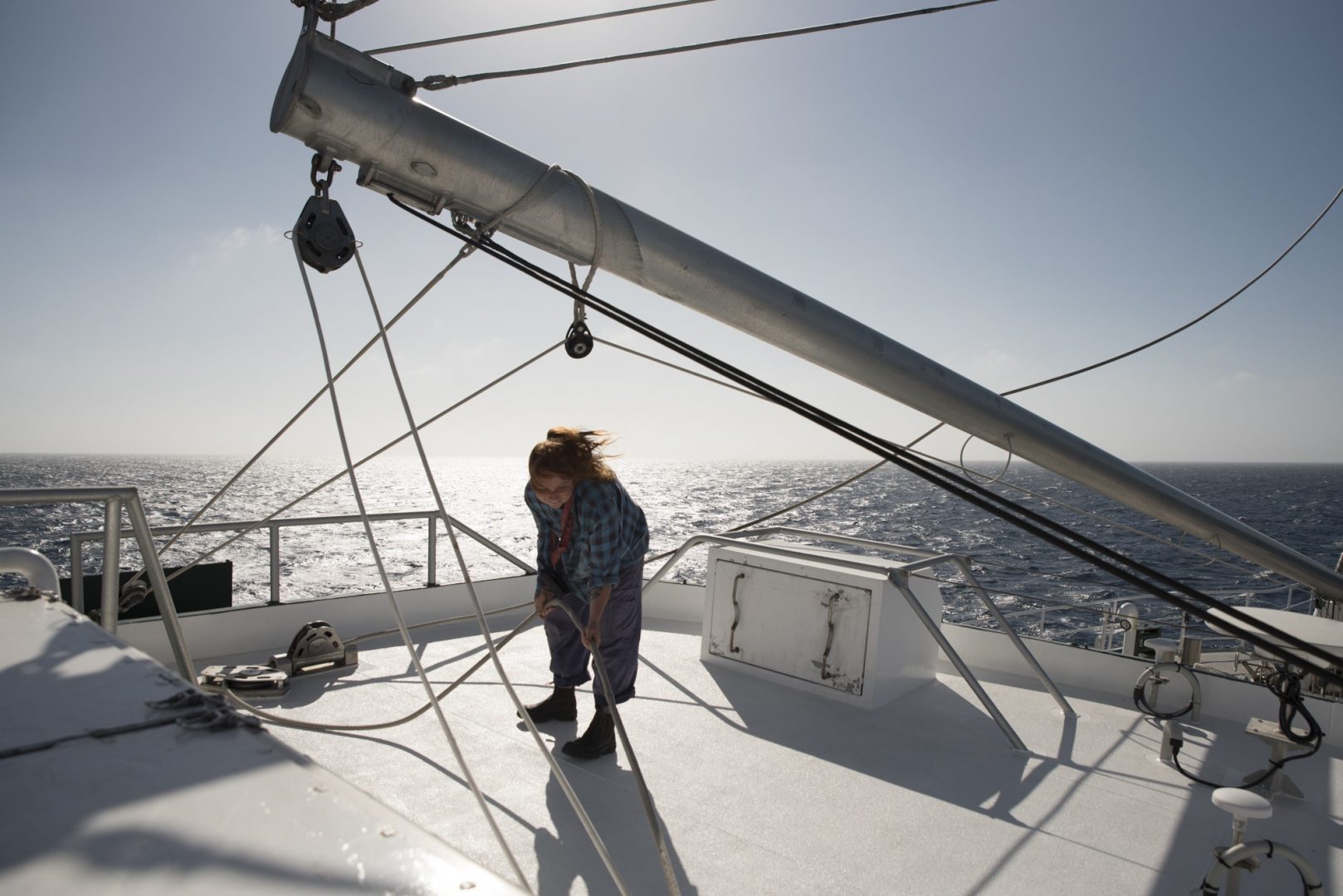 And learning the ropes is what we all have to do in order to protect our one fragile and beautiful planet, according to Chief Officer Maria. “Society is getting more aware about what’s going on and how important it is to take care of the environment,” she says. “I think women especially are using the tools they have to make this change happen. Women are really powerful, they just have to have access to the correct tools.” 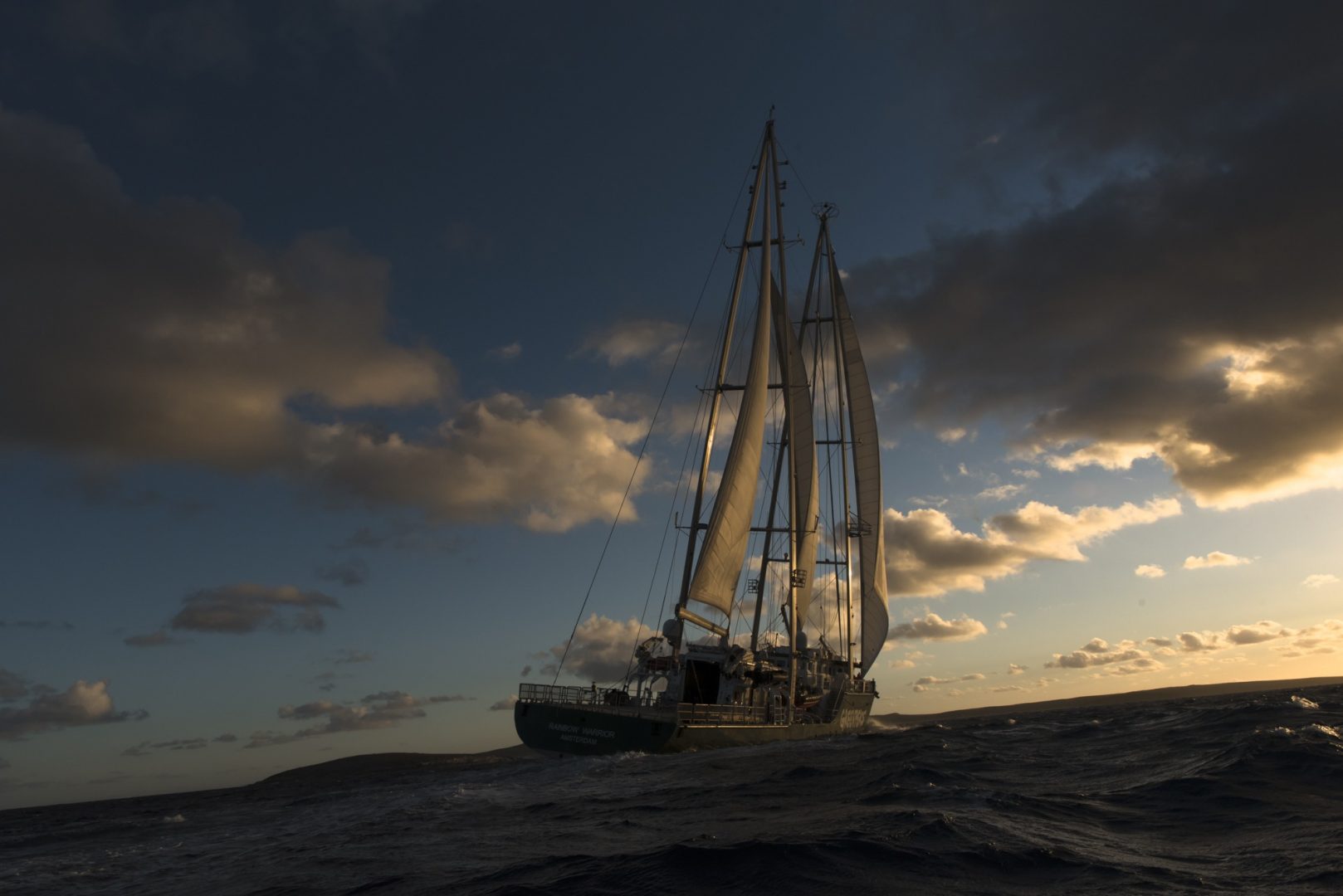 The Rainbow Warrior at sunset in The Great Australian Bight.