Why the Wentworth by-election could change everything

For the first time ever, Greenpeace is campaigning in a by-election contest. And here is why.

The United Nations’ top climate scientists have issued a dire warning: phase out coal urgently or face catastrophic climate change. Unbelievably, Australia’s Environment Minister rejected that advice and callously defended the Government's support for coal.[1] It's time to send them a message they can't ignore. 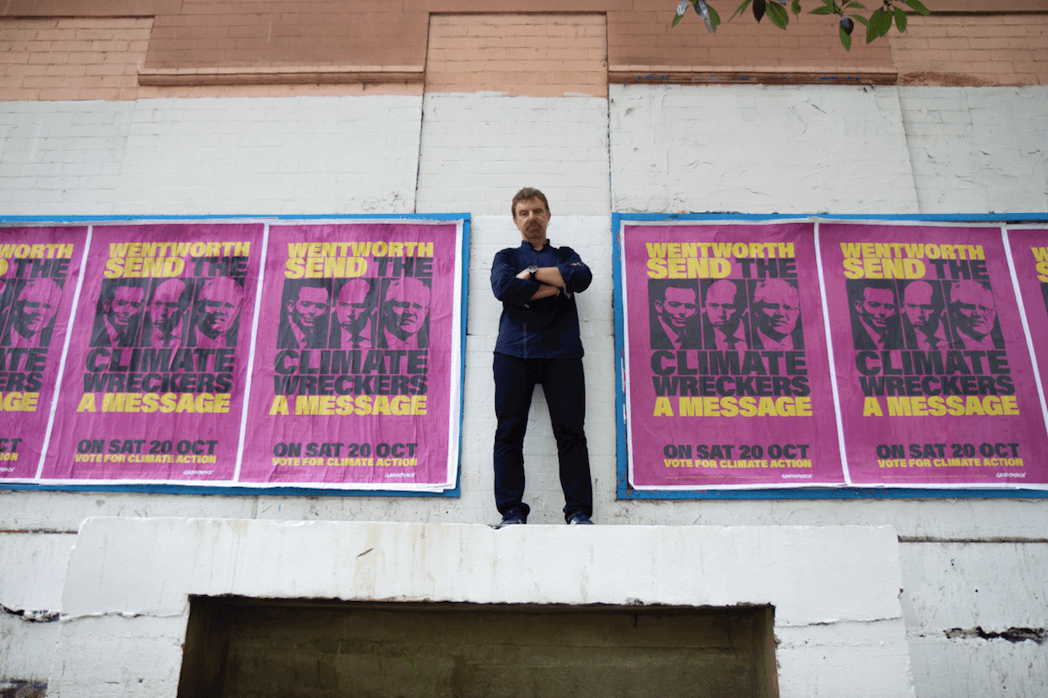 When Prime Minister Malcolm Turnbull took even the weakest action on climate change, he was brutally torn down by Abbott, Dutton and the other climate wreckers in his own party. Now, the Morrison Government has shamelessly abandoned any semblance of an actual policy to stop climate damage.[2]

The Morrison Government clearly doesn’t have a plan to stop the mega bushfires raging during winter. Or the droughts devastating the country. Or the collapse of the Great Barrier Reef.

But I’ll tell you what they do care about – their wafer-thin one seat majority in the House of Representatives. And the upcoming Wentworth by-election in Malcolm Turnbull’s old seat is our opportunity to hit them where it hurts.

To put it simply – if the Liberals lose this seat over climate change, this will send a powerful message that they can’t go into the federal election without a strong policy on climate change.

Over the coming weeks Greenpeace supporters are going to be instrumental in Greenpeace’s first ever by-election campaign.

Help spread the word – send a message to the climate wreckers in government by sharing this on social media. Got a mate living in Wentworth? Tag them! 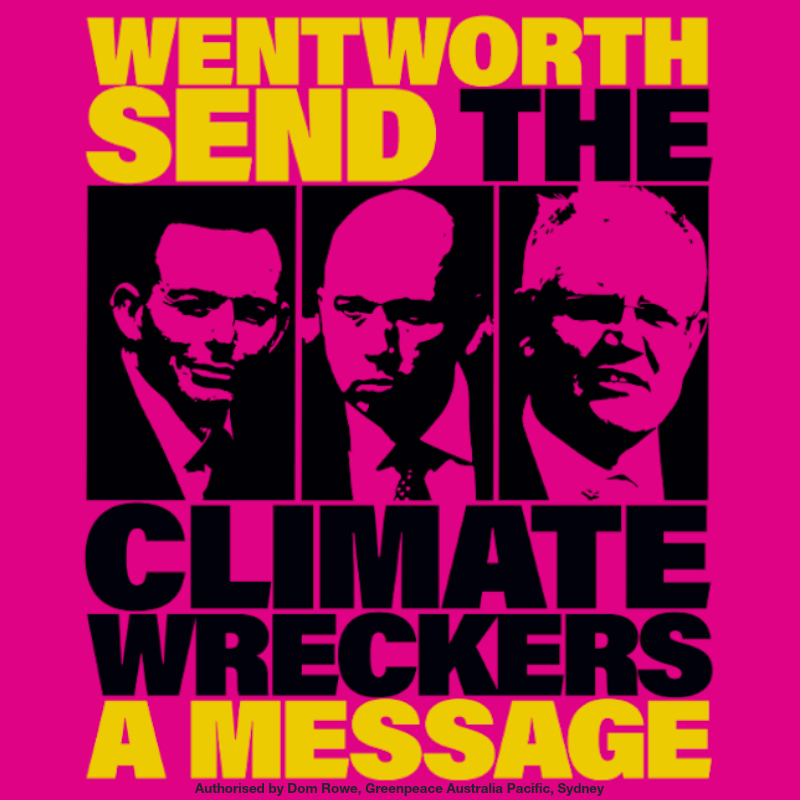 Yesterday’s landmark report by the United Nations is breathtakingly clear – if our Government isn’t taking revolutionary action on climate change, then they’re not doing enough. The world’s top scientists issued one of the most important scientific reports in our history and it confirmed our worst fears – the world is nowhere near close to stopping disastrous climate change.[3]

Their key message for Australia? We need to end coal or face catastrophic climate change.

But the Coalition Government says they’re wrong. Environment Minister and former mining lawyer, Melissa Price, discredited the landmark report and launched a spirited defence of coal that would make the Minerals Council proud.[4] Media reported that she’d not even read the report in full.[5]

I don’t know about you – but we’re absolutely fuming about our Government’s callous and cowardly response.

And we’re not alone. In Wentworth, lifelong Liberal voters are reeling after Turnbull was torn down over his modest emissions reduction plan – and polling commissioned by our friends at GetUp has shown that voters’ number one issue is climate change.[6] Polling has also shown that 84.7% of Liberal voters would be more likely to vote for a candidate whose party has an actual plan to cut carbon pollution.[7]

Wentworth is the perfect electorate to send a message to the Government. Together, we can prove that voters expect our politicians to act on climate change. If they don’t, it could cost them their jobs.

Can you share this Facebook image, and tag your friends, family and colleagues in the seat of Wentworth to ask them to vote for climate action?

For decades, Wentworth voters could be forgiven for thinking their vote wouldn’t change the election outcome – after all, Wentworth has been one of the safest Liberal seats in the country, held by a margin of 35%.

But that’s no longer the case. The contest in Wentworth is now so close that even the country’s top poll-watchers aren’t game to make a prediction[8] – and there are five possible candidates who have a real chance of winning this seat.

In this line-ball contest, every vote is going to count. And here’s the problem, Wentworth has one of the lowest rates of voter participation in the country. One in every five voters in Wentworth didn’t cast their vote at the last election – and making this even worse, voter turnout is notoriously even lower during by-elections. Will you help us spread this important message?