Why the Great Barrier Reef is Dying

Fish of every imaginable colour race between the corals as the sun’s rays dance through the ocean’s surface. A stingray slowly drifts by, taking its leisurely time. I encountered this breathtaking scene last month and it reminded me of how extraordinary the natural world truly is.

Yet, coral reefs could soon be gone forever. The Great Barrier Reef, the largest living thing on the planet, is deteriorating at an alarming rate. Over the past 30 years, we have seen it lose about 50% of its coral. We must act now if it is going to survive through future decades. 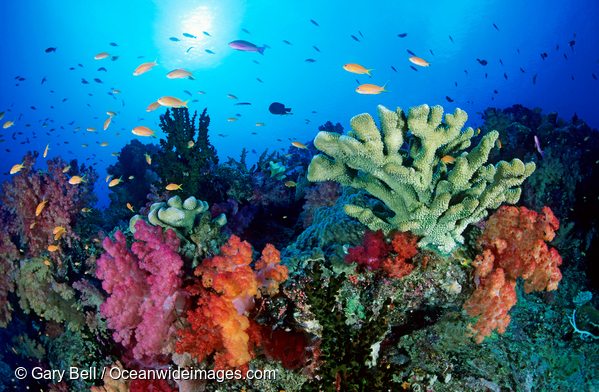 Understanding what is actually causing the reef to die can seem overwhelming given all the various reasons. So what is actually threatening it? The coal industry, coral bleaching, and poor water quality are among the ways that humans are hurting the Great Barrier Reef and it is becoming clear that if we plan on keeping the reef around for future generations, we must protect it now.

The “little, black rock” is playing a huge role in threatening the reef’s existence. For unexplainable reasons, the Queensland government has continued to support expanding coal mines and ports. Coal is considered a dying industry and it also damages the Great Barrier Reef’s health.

The craziest part, though? Just recently, the Queensland Labor Party approved Adani’s Carmichael megamine – set to be the largest in Australia. The mine will have a footprint ten times larger than the city of Sydney and consume an olympic swimming pool of water every two hours. Given the poor state of the coal market, the mine has been called “economically disastrous” by experts. 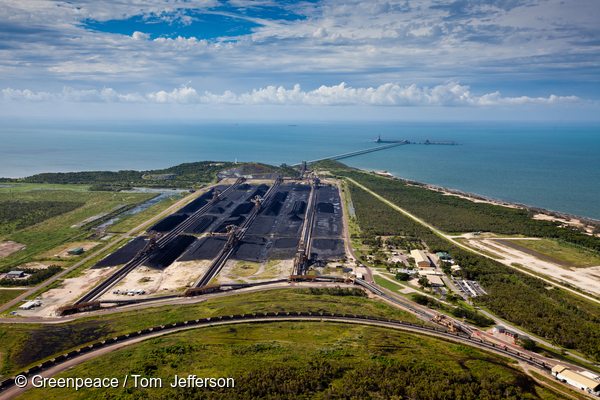 The quickest shipping routes to Asia go right near the Reef, which is why coal companies have drafted plans to dredge nearby areas. This puts the turtles and clown fish we love at risk. The Abbot Point Coal Terminal expansion includes digging up 1.1 million cubic metres of spoil near the reef and disposing of it next to nearby wetlands. While this has changed from the original plan of dumping the dredge into the ocean, coastal ecosystems will now be severely damaged.

The brightly coloured corals are quickly turning ghostly white as the reef experiences the worst bleaching event in its history. The Great Barrier Reef Marine Park Authority (GBRMPA) has issued the highest bleaching response level for the northern part of the reef, indicating “severe regional bleaching.” 516 of the 520 reefs Professor Terry Hughes, the Director of the Australian Research Council Centre of Excellence for Coral Reef Studies, recently surveyed were experiencing bleaching and may not be able to ever recover. 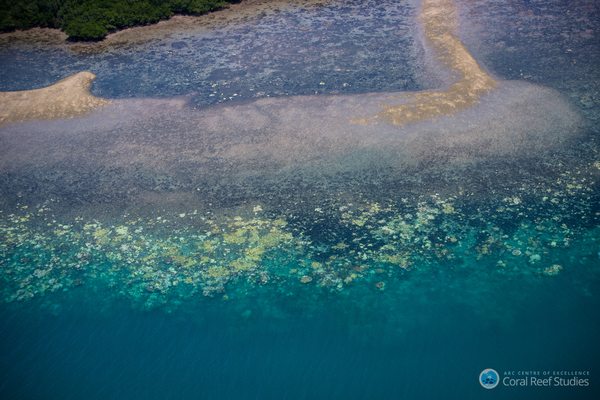 Coral bleaching occurs when the ocean stays at higher than normal temperatures, causing the corals to expel the algae, zooxanthellae, that live on them. Losing this algae puts stress on the coral and causes it to turn completely white. While it is possible for coral to recover from a bleaching event, the severity and length of the bleaching determines whether the coral will recover or die. It is estimated that up to 50% of the currently bleached coral will die.

As the globe continues to warm and ocean temperatures increase, bleaching events like this will become more frequent and could occur annually as soon as 2030.  The current bleaching is due to abnormally high ocean temperatures, partly influenced by the El Nino weather system, and is the worst instance we’ve ever seen on the reef. Soon we could be losing Nemo, rather than finding him.

As we pump more and more greenhouse gases into the sky, the oceans too have become poisoned. Oceans absorb carbon dioxide and it is estimated that they have soaked up over 25% of the excess CO2 that has been released by humans.

When they absorb this carbon dioxide, the oceans actually undergo chemical changes and become more acidic. Fragile locations like the Great Barrier Reef feel the effects the most and even a slight increase in acidity can lead to death for areas of the reef. It takes about 50 years for the effects of acidification to reverse so if climate change is not addressed now, the reef may never be able to recover.

The water is also becoming dirtier and dirtier as human-caused pollution and runoff continues. Approximately 80% of Queensland coastline is used for agriculture, causing pesticides, fertilisers and animal waste to enter the ocean and degrade the water quality. This cloudy water makes photosynthesis difficult, resulting in less of the algae that coral desperately need.

A new paper published by the Australian Institute of Marine Science (AIMS) shows that the Great Barrier Reef’s water quality is unlikely to meet the sediment and nitrogen targets outlined in the Reef 2050 plan. Experts say that more regulations must be implemented in addition to voluntary and incentive-based approaches.

Cyclones and other natural disasters break coral and seagrass meadows become wiped by flood plumes. Over time, dugong and turtle populations are impacted by the damaged meadows. The frequency of these extreme disasters will increase as climate change worsens. With wind gusts of up to 285 km per hour, Cyclone Yasi tore through the reef in 2011 and damaged about 13% of the reef. 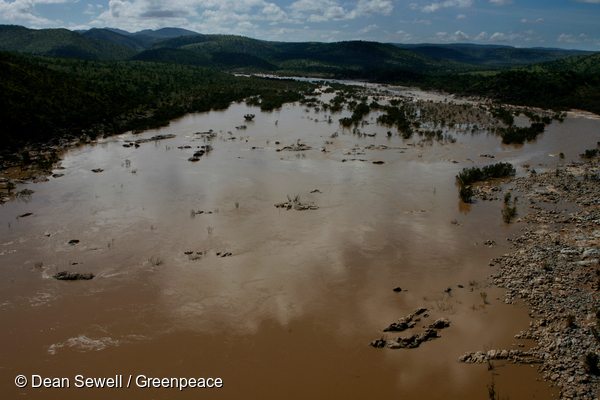 Damage from Cyclone Yasi in 2011

The crown-of-thorns starfish, a consumer of over a dinner plate’s worth of coral daily, has been responsible for 42% of the lost coral. The starfish have been known to cyclically outbreak, with this latest event beginning in 2010. 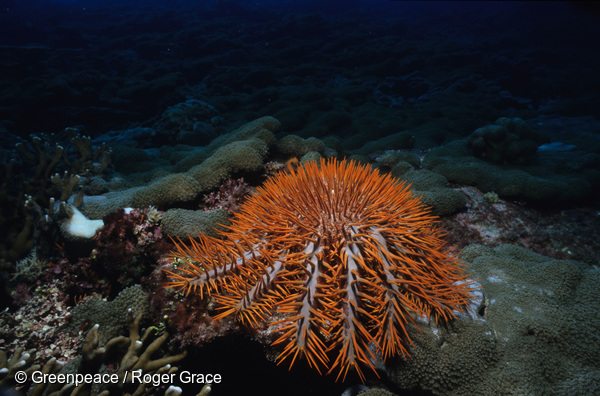 A crown-of-thorns starfish in the Western Pacific

The starfish play such a large role that it is estimated that over the past 30 years the reef would have actually increased in coral cover had it not been for the crown-of-thorns. The short-term strategy is for teams to control the starfish populations using various injection methods, while in the long-run the goal is to be better prepared to respond quickly to future outbreaks.

The state of the reef caused the UNESCO World Heritage Committee to debate listing the site as “in danger.” In response to this, the Reef 2050 Long-Term Sustainability Plan was produced by the Australian Government Department of the Environment. The plan includes emission-reduction goals, government commitments to controlling pollution and limiting the effects of nearby dredging.

The plan is inadequate, though, as there are not many concrete actions listed but rather only broad guidelines and goals. It pays little attention to the threats associated with climate change and allows for the expansion of the coal industry near the reef.

What should we do?

The question then becomes what must be done to protect the reef? Fighting against climate change is the most meaningful way since many of the threats to the reef are related to human emissions. We must move towards renewable sources of energy, not coal, and reduce our footprint on the environment as much as possible. Regulations must be created that bring our emissions to the needed levels.

Tell your family, your friends and your government officials that you don’t think we should have more coal mines near the reef and that the current bleaching event worries you. Stand up for the Great Barrier Reef, because if we don’t fight to protect it, soon it will become a thing of the past.