Why the federal budget is a carbon budget 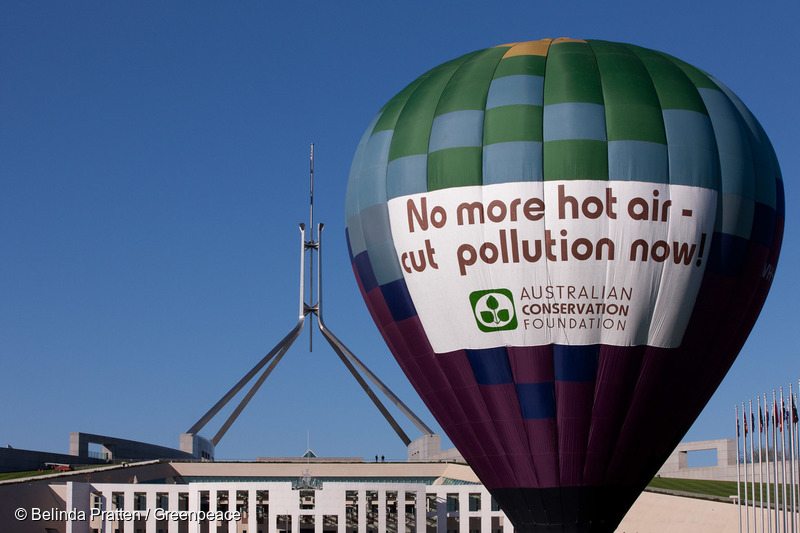 Hours before the doors swung open on the budget lock-up, the bright sparks on Twitter had already started a new meme. #KeepMyTenDollars was a reminder that Australians would gladly forgo an extra few bucks a week to see the governments prioritise spending on health, education and renewables, not corporate and high-end tax cuts. It was certainly funnier than Scott Morrison’s bizarre attempt at humour.

“What have you achieved?” would have been an odd opening line to the government’s pre-election budget speech, were it not coming from the mouth of the man who famously waved a lump of coal around in Parliament to declare his love for the toxic fuel. The joke was lost on the rest of us, but it was the punch line that betrayed the confusion of the government.

The world’s leading economists have been warning for decades that the damage caused to the climate by burning coal, oil and gas poses one of the most serious threats to the global economy. The cost of destruction in agriculture, tourism, finance, insurance, property, and even mining caused by sweeping floods, droughts and bushfire caused by distorting the world’s life support systems is nearly unimaginable.

Indeed, it’s hard to imagine a sector that will not be severely impacted by climate change. But collapsing costs in renewables and a rising global movement against pollution is changing the headwinds – not that our Government seems to have noticed.

You would think that a Government that waxes lyrical about intergenerational equity would have at least a primary school grasp on climate change. Yet the forbidden words were nowhere to be seen in the budget speech, save for a small reference to the Government’s plans to walk away from innovation in the renewables sector (whatever happened to that dogged commitment to ‘jobs and innovation’). The devil, as always, was in the detail of the budget papers.

Budgets are a statement of values that mark the principles of legislators. In this year’s budget, the Government’s values were laid bare, with climate spending slashed by almost half, falling further to $1.2 billion by 2022. Analysis by the Australian Conservation Foundation found that the under-resourced Department of Environment and Energy will have an axe taken to its bottom line, with spending slated to plunge by 43 per cent on 2013 levels (when the Government took office) by 2022.

The Renewable Energy Target will be abolished by 2020. Taxpayer largesse will continue to flow to the Government’s friends in fossil fuel companies, with $30 billion in diesel tax subsidies pouring into private companies over the forecast period. No additional money for renewables or climate mitigation and adaptation will be forthcoming.

The opportunities that come from renewable energy, which are now cheaper as well as being cleaner and healthier, are being seized by the community of nations while Australia clings to a wheezing, out-dated economy.

On the same day the budget was delivered, the meter at Mauna Loa, Hawaii clocked 410 parts per million of carbon dioxide in the atmosphere – a level not seen in 800,000 years, well before humans developed agriculture, let alone donned suits and waved rocks around in Parliament.

The other critical budget, the carbon budget, is in obvious deficit.

The Government should keep my ten dollars, and use it to achieve real progress towards a coal-free, more liveable society. Most Australians would gladly chip in for wind and solar, and our vast weight of numbers will eventually prevail.

It’s clear after this budget that it will take concerted action from all Australians everywhere for the Government to regain its grip on reality.