When the floodwaters recede, communities should not be left holding the damage bill

A little over a year ago the worst bushfires in our history razed large swathes of eastern Australia, blackening our skies, making people sick and reducing homes and millions of hectares of forests to ash. 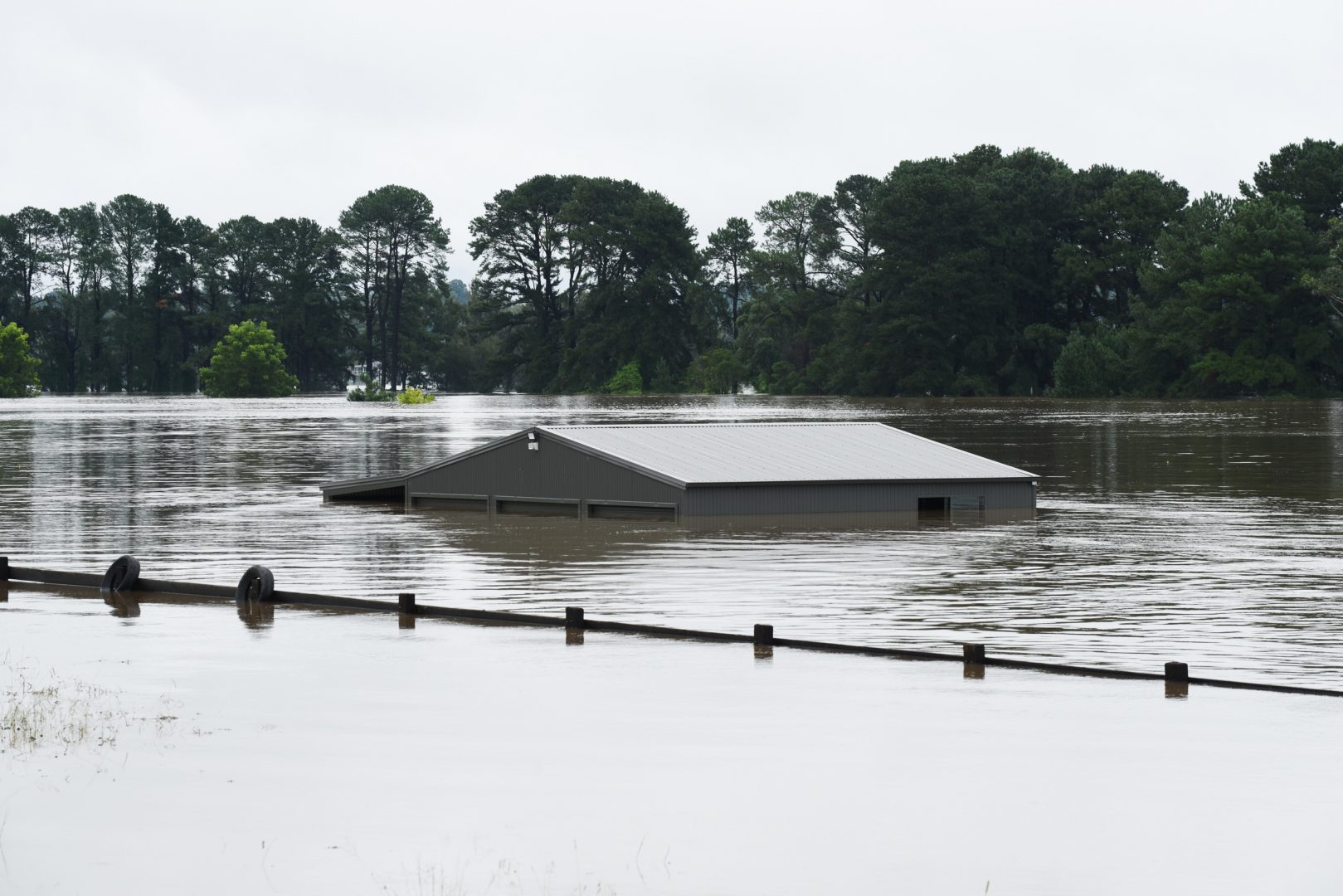 Today many of those same areas are underwater as parts of New South Wales and southeast Queensland copped more rain in days than they normally would in a year.

Many people living on the mid-north coast of New South Wales are only just getting their lives back on track after the deadly 2019-20 bushfires and pandemic, only to be faced with another climate disaster.

Climate change, driven by the mining and burning of coal, oil and gas, is making all extreme weather events worse. Under one degree of warming, Australia is already experiencing more extreme weather than in the past with heatwaves, bushfires, floods and cyclones all more damaging than they were just decades ago, and this trend is set to continue. These floods are just the latest example of the many devastating ways that climate change is disrupting Australians’ daily lives. 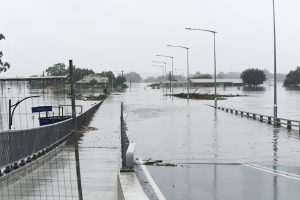 The New Windsor Bridge in Windsor swallowed by floodwaters from The Hawkesbury River.
Flooding in New South Wales has forced the evacuation of at least 18,000 people. Scenes from the flooded towns of Windsor and Pitt Town, north-west of Sydney, Australia on 23 March, 2021.

Right now thousands of people across New South Wales are living in temporary accommodation, forced to flee their homes as floodwaters rose ever higher. In the historic Western Sydney town of Windsor, the floodwaters are so high that entire houses have been swallowed up. Streets where people once drove cars and children walked to school can only be traversed by boat.

Tragically, a life has been lost today when a man’s car was swept away into a flooded river. Our brave and hard-working emergency services workers, many of whom are volunteers who have also been impacted by the floods, have been working day and night to ensure that as many Australians as possible are safe, but sadly an event of this magnitude means many more lives are at risk.

Families have lost their homes, their businesses, their possessions and their beloved pets. Thousands of children, whose education was so disrupted by the pandemic, are again unable to go to school. Entire communities have been cut off, unable to access vital health services, unless they have a boat or a helicopter. And essential infrastructure like roads and bridges will need to be repaired or rebuilt.

This is the result of the unfettered burning of fossil fuels and it’s only going to get worse unless something is done to rapidly reduce emissions and rein in the mining and burning of coal, oil and gas, the biggest contributor to the climate crisis.

It’s too early to assess the damage but even a conservative estimate would put the bill over $1 billion.

Flooding in New South Wales has forced the evacuation of at least 18,000 people. Scenes from the flooded towns of Windsor and Pitt Town, north-west of Sydney, Australia on 23 March, 2021.

As things stand, these costs are overwhelmingly borne by communities. Ordinary Australians currently pay $13 billion per year to clean up the impacts of climate change, driven by mining and burning fossil fuels.

As the biggest contributors to climate change, it’s not fair that coal, oil and gas companies escape responsibility. Because they are the biggest drivers of the climate crisis, they should pay to clean up the mess they have helped cause.

A recent poll that found more than two-thirds of Australians support the introduction of a levy on fossil fuel exports to prepare for and protect communities from the consequences of climate change.

Communities should not be forced to keep reaching into their own pockets to pick up the bill for someone else’s mess, especially when they are billion-dollar corporations that avoid paying tax at every opportunity. As well as a commitment to replacing fossil fuels with renewable energy, Australia needs a climate compensation fund paid for by the coal, oil and gas industries so they can finally pick up the tab for the damage they have caused.

Eminent scientists from around the world have been sounding the alarm bell for years that extreme weather events, like these floods, will become more frequent and more intense unless emissions are rapidly cut. Australia needs a climate compensation fund and it needs it now.