Week of action calls Taylor out on climate inaction

Have you heard of Angus Taylor? If not, let us share a quick overview of his CV... 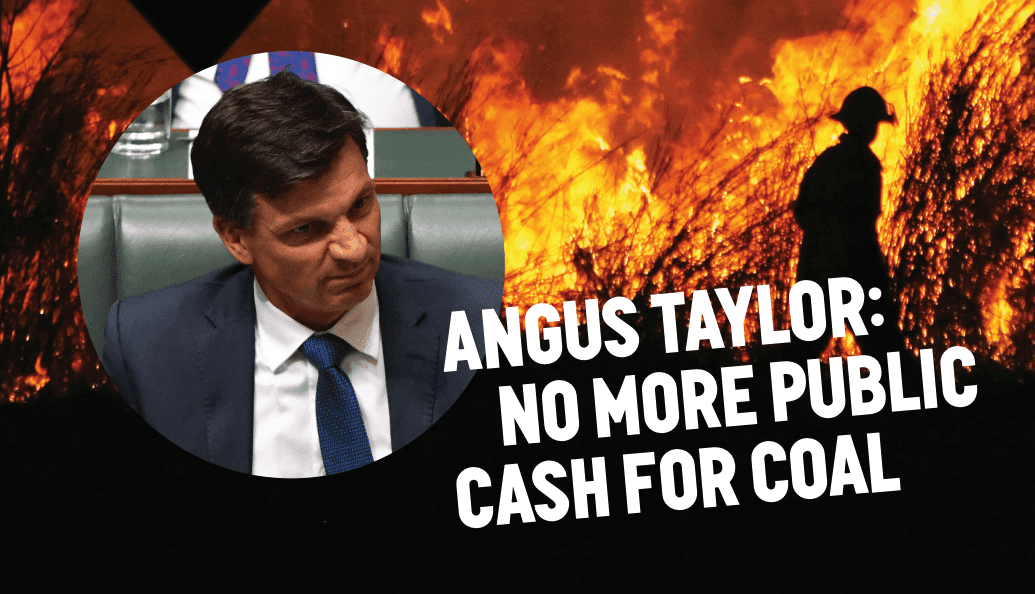 Australia’s Minister for Energy and Emissions Reductions has a track record that makes a mockery of his job title:

It’s not good enough. We deserve better. Angus Taylor and his policies are an affront to all Australians who want to see a real emissions reduction policy to stop damage to our climate. To those who want clean air and a safe planet for the next generation.

That’s why this week across Australia the Break Free Actions Squad are getting out and about in their local communities to ring the alarm. To name and shame Taylor, and to call our crisis for what it is: a climate emergency.

We’ve seen awesome community activists from Geelong, to Sydney, Melbourne and Canberra taking part, with more to come. These are the people leading climate action in Australia right now! 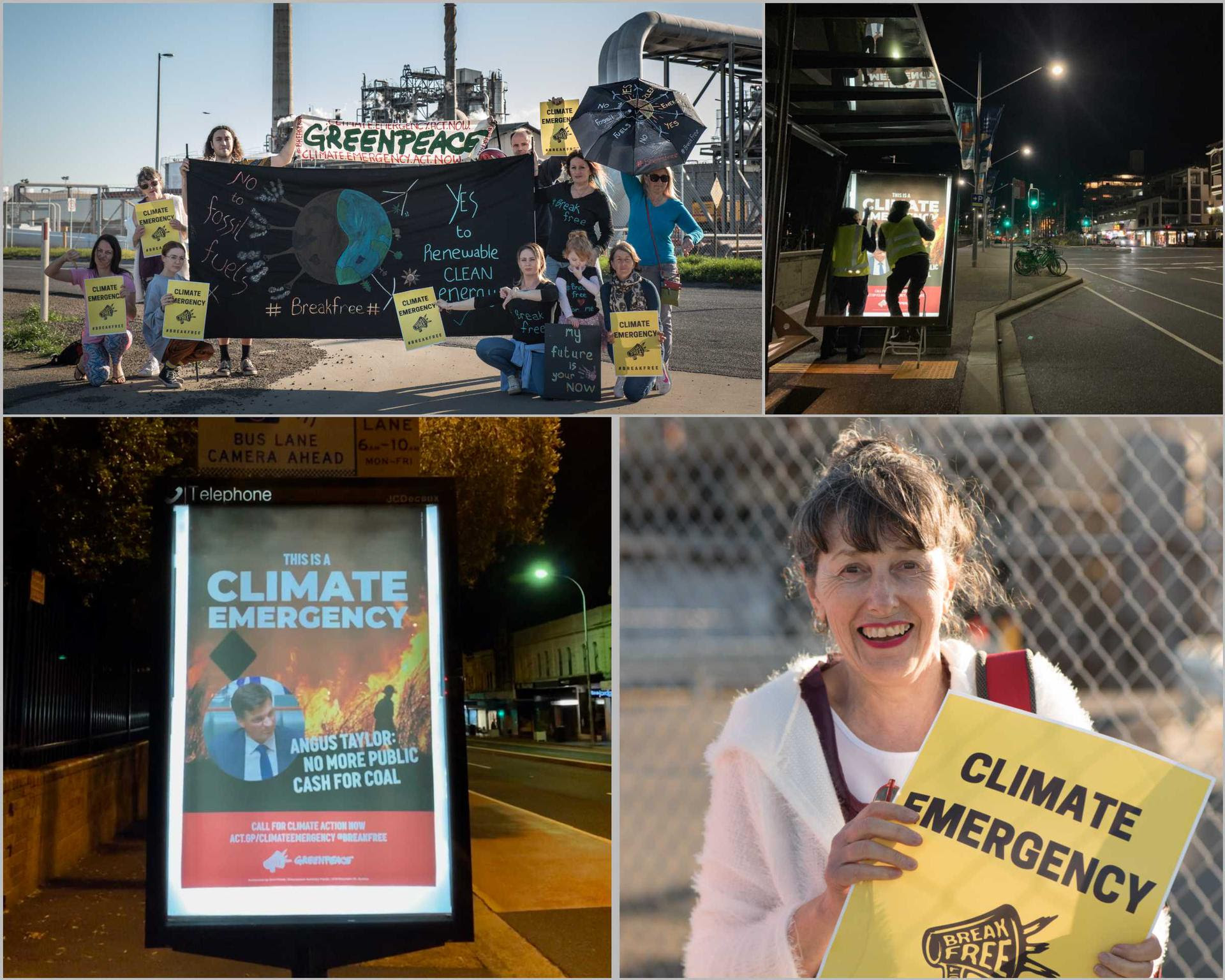 A selection of the protests springing up this week 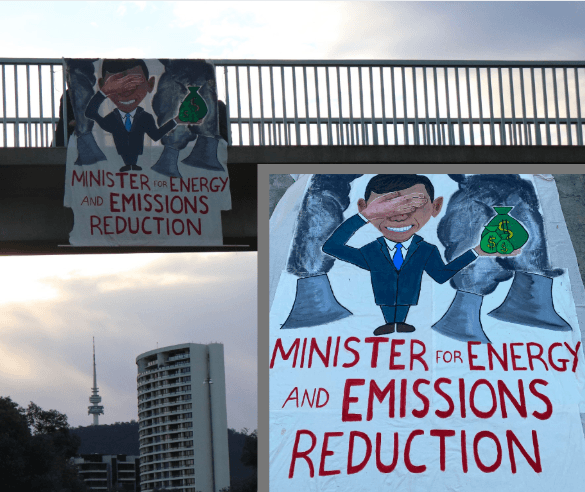 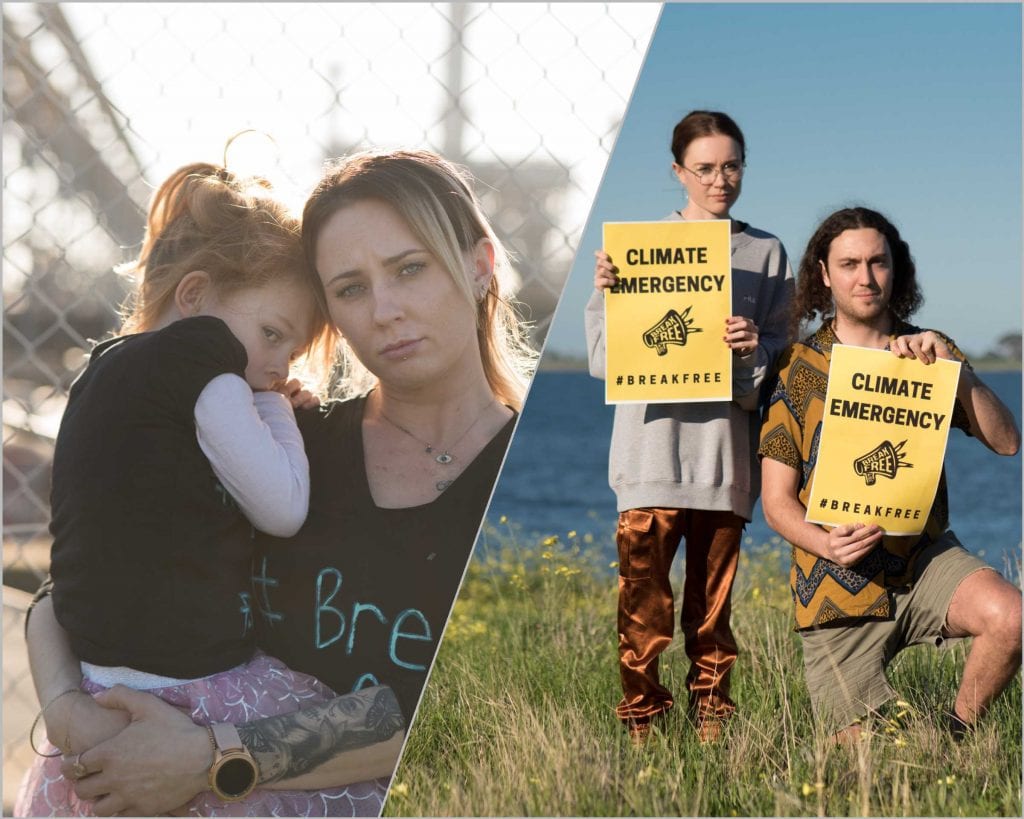 Will you call on Angus Taylor to do his job by reducing emissions and accelerating the shift to 100% renewables?

And do you want to get involved in this kind of action? Sign up now.

But while our leaders let us down, ordinary Australians are stepping up and showing real climate leadership. And in spite of Angus Taylor and the Coalition, renewables are booming!

Just today, reports emerged that we are on track to hit our 2020 large-scale renewables target. [3] That’s great news. But it’s no thanks to Angus Taylor, however much he might try to cynically claim the credit.

Did you know that Australia had more climate emergency declarations – a powerful first step to climate action – than anywhere else on the planet last month? That’s incredible! Already over 3.7m of the population lives in areas represented by climate declared councils. [4] It’s evidence of a ground-up revolution on climate action, and it’s inspiring to watch.

Now it’s time for our leaders to follow suit.

Will you call on Angus Taylor to do his job by reducing emissions and accelerating the shift to 100% renewables?

Do you want to take action in your local community? Sign up now.

We know that burning coal for power is Australia’s number one contributor to global warming. It intensifies dangerous and extreme weather events like floods, heat-waves, droughts, bushfires and cyclones.

Tell Taylor to do his job and stop funding coal with our taxpayer dollars.