VICTORY in the heart of the Amazon!

I had barely had breakfast when I was surprised by some absolutely amazing news: the Brazilian environmental agency – IBAMA – announced it was cancelling the licence for the proposed São Luiz do Tapajós (SLT) megadam in the heart of the Amazon. Once my heart rate returned to normal, I started to call my colleagues and Munduruku leaders, seeking confirmation.

Today, it’s official: IBAMA has cancelled the SLT megadam. It’s time to celebrate this incredible news! I’d like to thank all of you who stood with the Munduruku Indigenous People and helped make this victory possible. 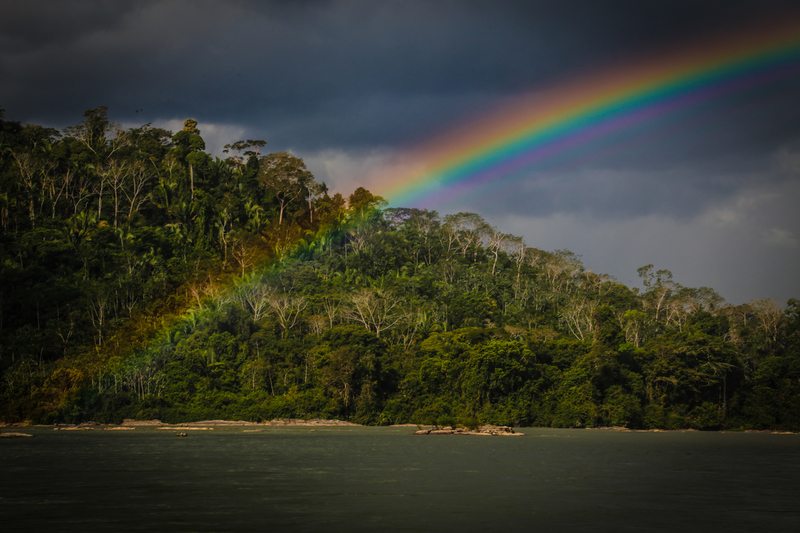 Over these last months we truly believed that sooner or later IBAMA would need to recognise the megadam project’s significant environmental and social impacts in the region, and how it would have devastated the local community and ecosystem. Now, with IBAMA’s decision, the approval process for the megadam cannot move forward.

More than 1.2 million people in Australia and around the world joined the Munduruku Indigenous People to say no to the SLT dam and pressure multinational companies like Siemens and QBE in Australia to distance themselves from the project.

Other Brazilian agencies like FUNAI (National Indigenous Foundation) and federal public prosecutors in the Brazilian state of Pará had recommended that IBAMA cancel the license because the project would displace Munduruku communities, making it unconstitutional. Part of the Munduruku Indigenous land called Sawré Muybu – an area in the process of being officially recognised as Indigenous Land – would have been flooded by the dam.

Now that the megadam’s license has been cancelled, the Brazilian Ministry of Justice must recognise its obligation and move swiftly to officially demarcate the Sawré Muybu territory.

Although, we are celebrating this incredible victory, we know there is a lot more to do to keep the Tapajós and other Amazon rivers free from hydrodams. Our campaign has not finished yet!

There are 42 other hydrodam projects planned in the Tapajós basin and hundreds earmarked across the Amazon rainforest – part of an aggressive economic model that doesn’t consider the critical importance of protecting the Amazon forest and its inhabitants. Previous dams built in the Amazon have negatively impacted local communities, devastated the environment and even been mired in corruption scandals.

We need to stop them, one by one!

With the right investments, it is possible to generate the same amount of energy that dams like São Luiz do Tapajós would produce, by harnessing the power of wind and sun.

Danicley Aguiar is an Amazon campaigner for Greenpeace Brazil.