UNESCO has made its call on the status of the Great Barrier Reef. What does it mean, and what now?

Over the past month, passionate people in the Greenpeace movement like you have been sending a strong message to the UNESCO World Heritage Committee 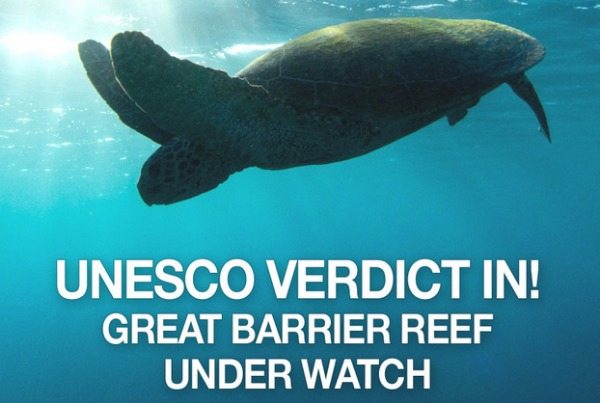 Over the past month, passionate people in the Greenpeace movement like you have been sending a strong message to the UNESCO World Heritage Committee: if we want to protect the world’s largest Reef for future generations, destructive coal expansion cannot go ahead in the precious Great Barrier Reef area.

And until the threat from coal and climate change is removed, the Great Barrier Reef remains in danger.

What was UNESCO’s decision?

The UNESCO World Heritage Committee meeting in Bonn yesterday confirmed that the Reef is still under intense scrutiny and its future hangs in the balance. The Australian Government has been given 18 months to take meaningful action to protect the Reef. 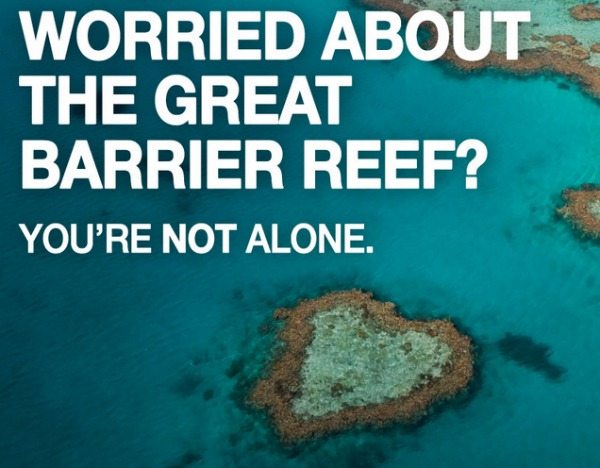 What does the Australian government have planned for its probation period?

The Australian Government has approved the construction of the devastating Carmichael mega-mine. Not only would this be the largest mine Australia has ever seen, its coal would produce a shocking 130 million tonnes of deadly carbon dioxide emissions every year.

If that’s not enough – its plans would increase coal transported straight through our Great Barrier Reef World Heritage Area, having a potentially disastrous impact on the Reef’s coral and animals from collisions, accidents, spills and coal dust. 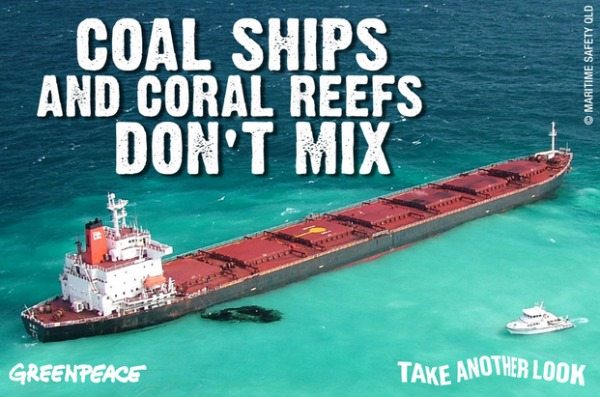 Until the threat of massive coal mine and port expansion is removed, any claims by the Australian Government that it is protecting the Reef are a sham. The government has plan to protect the Reef – but it will not stop the building of a massive “carbon bomb” coal mine in the Galilee Basin, nor the expansion of the Abbot Point port to service it. Its plan doesn’t even properly address the biggest threat to the Reef – climate change.

Prime Minister Tony Abbott and the Australian Government are alone on the world stage in their relentless support for the coal industry and refusal to take seriously the threat of climate change. It’s time for Australian leaders to show some courage, cancel the Carmichael megamine licence and invest in real, sustainable jobs for the Reef.

The science is clear: there can either be coal expansion or a healthy Reef – but not both. And scientists aren’t the only ones who chose coral over coal – an opinion poll in Australia showed that 85% of Australians would rather see more protection for the Reef than the expansion of coal. 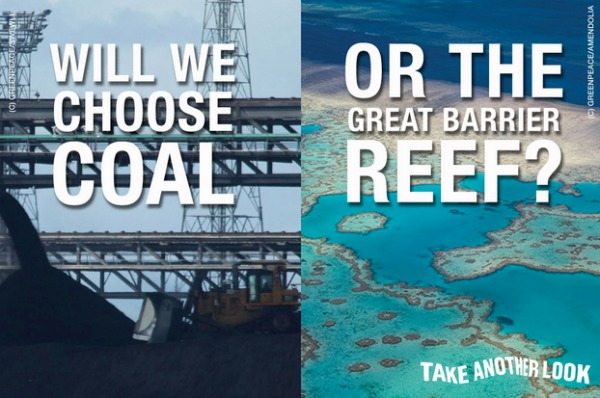 If that’s not enough – Reef-wrecking coal projects are also a terrible investment. The coal industry is in global decline, with orders and prices falling massively and projected to continue to do so. Eleven international financial institutions have said that they will not invest in the proposed Carmichael mine and Abbot Point port expansion.

It seems obvious that the project is a bad idea – but it’s not over yet. There are still banks and financial institutions around the world that could put money into this disastrous mine and port.

The millions of people around the world who are supporting the global campaign to save the Reef will not forgive any bank that back its destruction because they were too short sighted or too deeply in the pocket of the coal industry to make the right choice. We’re not giving up on the Reef – and neither should you. Join the movement to save the Reef now.