In 2015, it’s not just us who feel the pressure to look beautiful for Instagram. Our obsession with perfect-looking fruit and vegetables causes huge amounts of food waste. Here’s why ugly food is the new hottest thing in produce.

In 2015, it’s not just us who feel the pressure to look beautiful for Instagram. Our obsession with perfect-looking fruit and vegetables causes huge amounts of food waste. Here’s why ugly food is the new hottest thing in produce. 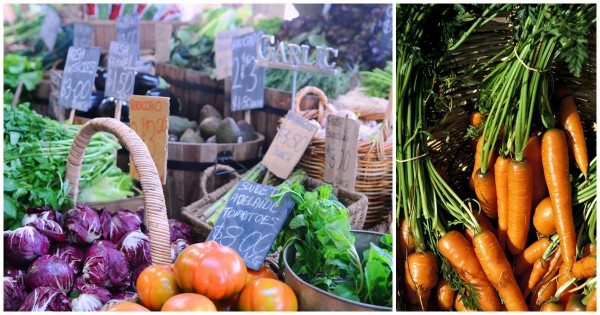 According to the Food and Agriculture Organization of the United Nations (UNFAO), roughly one third of food is wasted globally. When you take into account the energy, land, water, effort, transport, fuel and packaging that make up the modern food industry – it’s clear our wasteful practices have a massive toll on the earth.

In Western countries, much of our food waste occurs as a result of poor composting practices, wastefulness, cosmetic selection by farmers and supermarkets, and inefficient supply chains – all of which are avoidable.

Australians alone let $8 billion worth of edible food hit the bin every year. There’s plenty we can do to stop food waste after we purchase produce, but we can also change the way our supermarkets work to prevent food being lost before it even makes it to our shelves. Here’s why we should try. 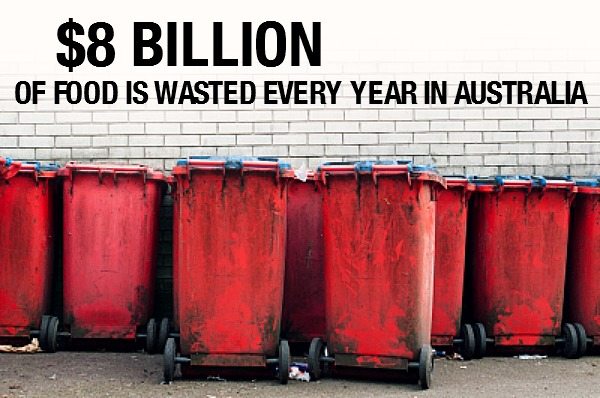 When we waste food, we’re also wasting all the energy it took to produce it. Alongside the carbon emissions of that wasted energy are the climate-changing effects of the methane emitted by rotting food.

The UNFAO estimates the carbon footprint of food produced and not eaten to be 3.3 gigatonnes of CO2 equivalent. That means that if the world’s wasted food became its own disgusting island – it would be the third biggest contributor to climate change globally, topped only by USA and China.

According to NPR, the 1.3 billion tonnes of  food wasted globally amounts to 170 trillion litres of water each year. The UNFAO says the ‘blue water footprint’ of global food waste – that is, the consumption of surface and groundwater resources – is equivalent to the annual water discharge of the Volga River, or three times as much as Lake Geneva.

In developing countries, food waste is more likely a result of insufficient refrigeration and supply chain issues. But global food waste contributes to the rising food prices that make it difficult for low-income families to afford food.

As UNFAO Director-General José Graziano da Silva said, “We simply cannot allow one-third of all the food we produce to go to waste or be lost because of inappropriate practices, when 870 million people go hungry every day.” 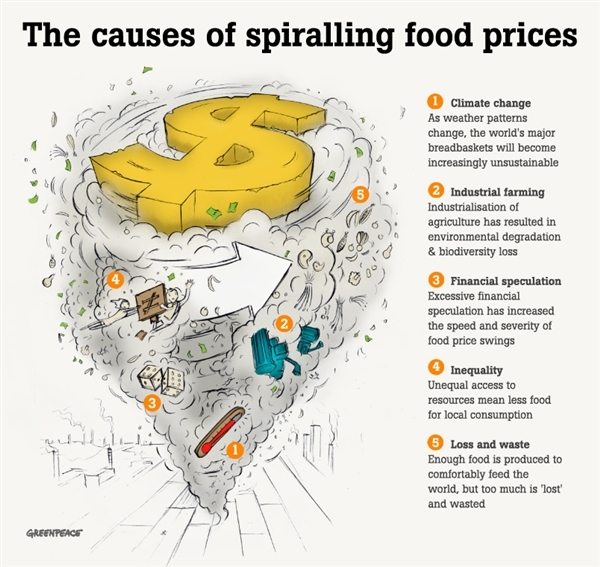 Enough food is already produced in the world to feed every human being on the planet comfortably, and further gains could be achieved to feed future generations through the application of agro-ecological farming practices.

4. When we waste food, we’re stopping food from being produced

It’s not just consumers who are affected by food waste. Uneaten food also accounts for the misuse of almost 1.4 billion hectares of land – nearly 30% of the world’s agricultural land area.

In Australia, Coles and Woolworths have the lion’s share of the produce market, responsible for 45% of fruit and vegetable purchases. These massive supermarket chains can forecast consumer demand and ask for crops from Australian farmers accordingly.

That means if we start buying more kale, we’ll get it – but it also means that if we stop buying bruised bananas, they’ll never make it onto the shelf. The ABC reported that in 2010, up to one third of Queensland’s banana crop was thrown away because it was thought to be too ugly to sell. 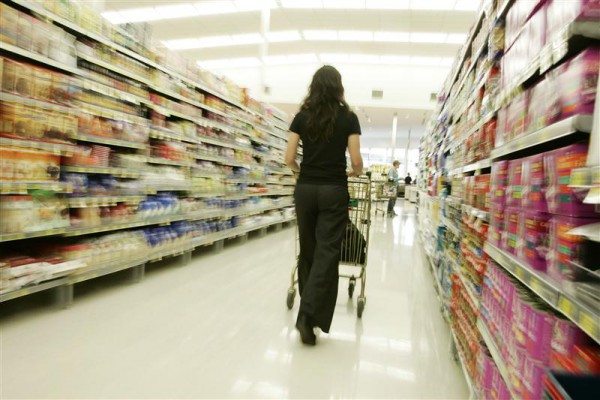 The good news is that supermarkets are starting to listen. Harris Farm and Woolworths have both recently started initiatives to sell the ugly fruit and vegetable to welcoming homes, and people around the world are speaking up about food waste.

You can act too. It’s time to prioritise our farmers, climate, and world over having the perfectly spherical orange. Choose the dented apples at your supermarket and carry them home with pride. Heck, take a photo of your ugly fruit and vegetables and upload it straight to Instagram! You can use a filter. We won’t tell.