The contamination of Botany Bay is one of those stories that you come across every now and again that literally knocks the wind out of your sails. 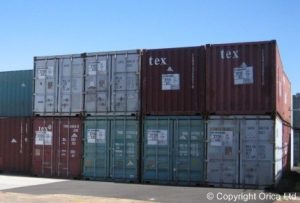 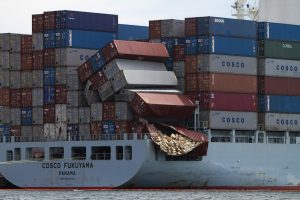 For those of you that haven’t heard about it, for years Botany Bay was a major manufacturing base for the chemical firm, ICI. Although subsequently, the plant has been taken on by the Australian company, Orica Pty Ltd.

Orica didn’t only buy the bricks and mortar, they also got the toxic legacy. The Botany site now houses around 16000 tonnes of the banned carcinogen hexachlorobenzene (HCB), as well as another 45000 tonnes of poisoned soil.

And what’s more, back in the 1980s the underground storage tanks started to crack. For the past three decades, toxic and carcinogenic chlorinated chemicals have been leeching into the earth. This means the groundwater for hundreds of thousands of people is undrinkable, unusable, untouchable. Toxic.

After 30-odd years of twiddling their thumbs, Orica now want to get rid of the HCB. But rather than take responsibility for the waste, they are planning to ship it abroad. Or 3000 tonnes of it at least.

So at this very moment, lurking off the coast of NSW is a speciality cargo ship that will likely try to load up and slip off in the dead of night. But it’s not as easy as that. Mainly because the Danish don’t want it. So much so that the dockworkers in the port of receipt have threatened to strike.

And neither are the residents of Nyborg too keen. They live near the site in Denmark where the HCB would be incinerated. Incineration is one of the methods for disposing of HCB. Unfortunately, burning it produces airborne dioxins, which are also extremely toxic. The whole issue has turned into something of a hot potato for the Danes, which, in turn, is having ramifications back in Sydney, where dockworkers are also mulling the possibility of refusing to load the cargo in solidarity.

The second issue is that the shipment is in contravention of both international and domestic law. Under the UN Basel Convention on the Control of Transboundary Movements of Hazardous Wastes Australia is required to deal with its own hazardous waste.

HCB waste can only be exported to another OECD country under the exceptional circumstance where there is no technology available in-country to treat and destroy the waste. And the technology is as feasible in Australia as elsewhere. For the chemistry fiends out there, it’s called gas phase reduction.

So what’s the problem?

Well, it’s expensive. And typically, Orica don’t want to spend the money. They prefer to risk sending a boat full of highly toxic waste over thousands of kilometres of sea and burning it on somebody else’s doorstep.

Greenpeace campaigned on this for years and the Australia Toxics Network has been doing a sterling job keeping up the pressure. Right now, we’re keeping a close eye on proceedings. And rather ironically, last Friday our eyes on the seas got a little glimpse of the risks of shipping. As they zipped past Botany Bay they spied a cargo ship with its wares spilling into the ocean.

Thank your lucky stars, that for this time at least, it looked fairly benign.