Blog written by Junichi Sato, Executive Director of Greenpeace Japan and one of the “Tokyo Two” arrested following an investigation into the whale meat trade in Japan.

A whaling fleet sent by the Japanese Government in early December to the Southern Ocean plans to kill 333 minke whales. Outraged? So am I!

For decades, Greenpeace, along with other conservation groups, has been fighting to stop the hunt. Year after year, my colleagues and I track and expose whaling vessels out at sea, and it breaks my heart to think that yet again, this unwanted and unnecessary whaling programme still continues.

So, what will it take to shut down the programme once and for all? These THREE things are critical to ending it:

For years, Greenpeace and other Japanese NGOs have called out the Japanese government over  its subsidies to the whaling industry, including its misuse of funds intended for the victims of the Fukushima disaster in 2012.

The whaling programme in the Southern Ocean costs the Japanese taxpayer 3.1 billion yen every year – about US$2.5 million – in direct subsidies alone. It’s a lot of money to spend on a food that is rapidly declining in popularity in Japan.

You might think whale meat is a hugely important to the Japanese diet, but it isn’t. Whale meat was only ever widely popular in postwar  Japan, when industrial whaling was introduced to feed a starving population.

It’s also not widely supported. In fact, statistics commissioned by Greenpeace Japan found that up to 80% of respondents in Japan disagreed with whaling on the high seas, while the amount of uneaten whale meat sitting in frozen stockpiles has doubled to 4,600 tonnes between 2002 and 2012. 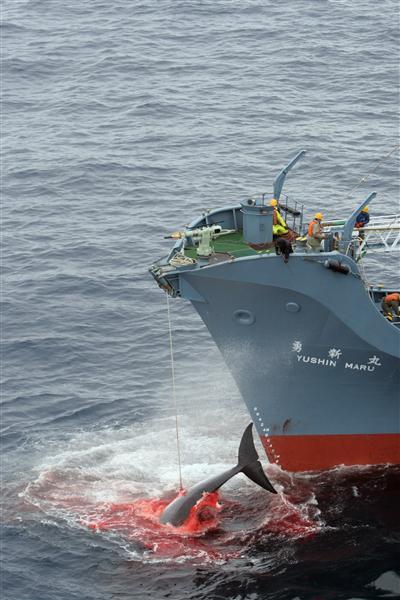 It’s worked before. In the face of public outcry and diplomatic pressure from around the world – the United States and Australia in particular – Japan announced in December 2007 a temporary back-down on its plans to kill 50 humpbacks in the 2007-2008 season. But it’s time to step it up.

In Argentina, Chile, the United Kingdom and elsewhere, we are taking your concerns  to political leaders, as well as urging an overhaul of the International Whaling Commission (IWC), the body that created the commercial whaling moratorium in 1982. It’s essential the IWC finally closes loopholes that are being used to legitimise commercial hunts under the guise of science by shifting the objective of its scientific committee to conservation of cetaceans and modernising its procedures to ensure transparency and civil society involvement.

Australia’s prime minister has already raised his country’s objections to whaling during a recent visit to Tokyo after more than 55,000 people signed a petition urging him to do so.   This followed the Australian government’s successful effort to prove that Japan’s hunt was illegal at the International Court of Justice (ICJ).

We need allies to help delegitimise Japan’s so called “scientific whaling”, including investigating further international legal action. For example, this could be via the United Nations Convention on the Law of the Sea, the international law that defines nations’ rights and responsibilities with regard to oceans.
Last year, Greenpeace Japan joined 15 other Japanese NGOs to demand that the government of Japan abide by the recent ICJ ruling that dispelled the myth that Japan’s whaling in the southern Ocean is for scientific purposes.

If we can combine international pressure with action from within Japan, we can break the social license the whaling programme thinks it holds in Japan. 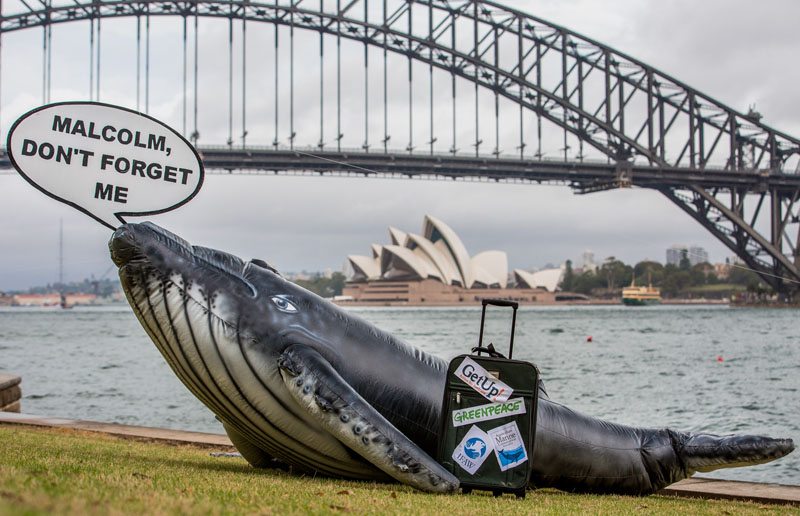 A 3 metre inflatable whale waits for Australian Prime Minister Malcolm Turnbull with a sign reading “Malcolm, don’t forget me” before Greenpeace, the International Fund for Animal Welfare (IFAW), GetUp, and the Australian Marine Conservation Society handed over a petition signed by more than 55,000 people at the Prime Minister’s office, urging him to raise the issue of whaling with Japanese PM Shinzo Abe. Mr Turnbull’s office announced that he would raise the matter with his Japanese counterpart.

The fate of the whales is tied up with the fate of our oceans. If we can’t save the ocean, then there’s no home worth saving for healthy whales too!

Overfishing, for instance, is threatening a total collapse of ocean ecosystems, with one recent study showing a 50% decline in fish species between 1970 and 2012. In fact, accidental “bycatch” in fisheries is a massive threat which is estimated to kill up to 300,000 whales, dolphins and other cetaceans each year.

If we zone off about 40% of the oceans as protected areas – places that are special to marine life – then we can give our oceans the breathing space they need to recover and keep our planet running. Protecting areas like the Arctic and the Antarctic as sanctuaries, for instance, is crucial to the survival of unique species like narwhals and beluga, as well as migrating whales that feed there. 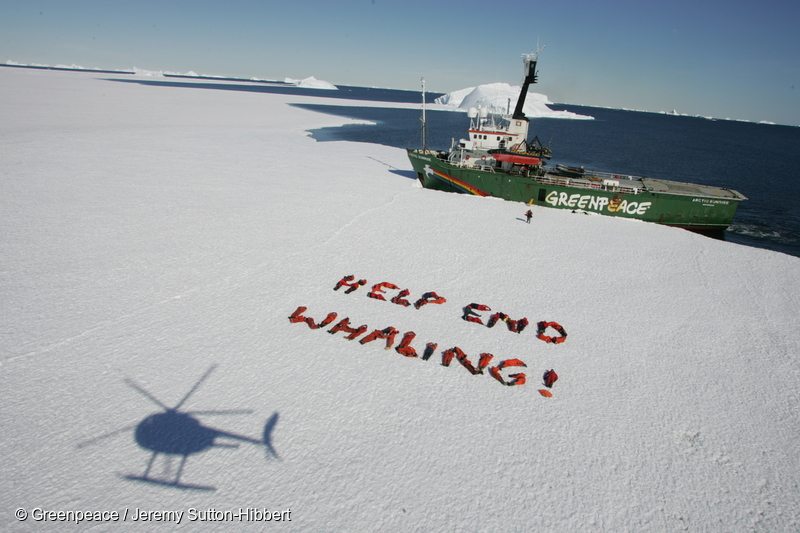 Send an email to Australia’s Foreign Minister Julie Bishop and urge the Australian Government to keep the pressure on the Japanese Government.