I’ve spent a significant portion of the last 6 years forcing turtle poop through a sieve. Seriously. As a sea turtle researcher focused on understanding the what, why, and where of turtles eating harmful plastics, I’ve had to cut open hundreds of sea turtles stranded dead on beaches in Moreton Bay and the Queensland coast to see what is in their digestive system.

By Dr Qamar Schuyler, Marine Scientist at The University of Queensland.

What I found was scary. 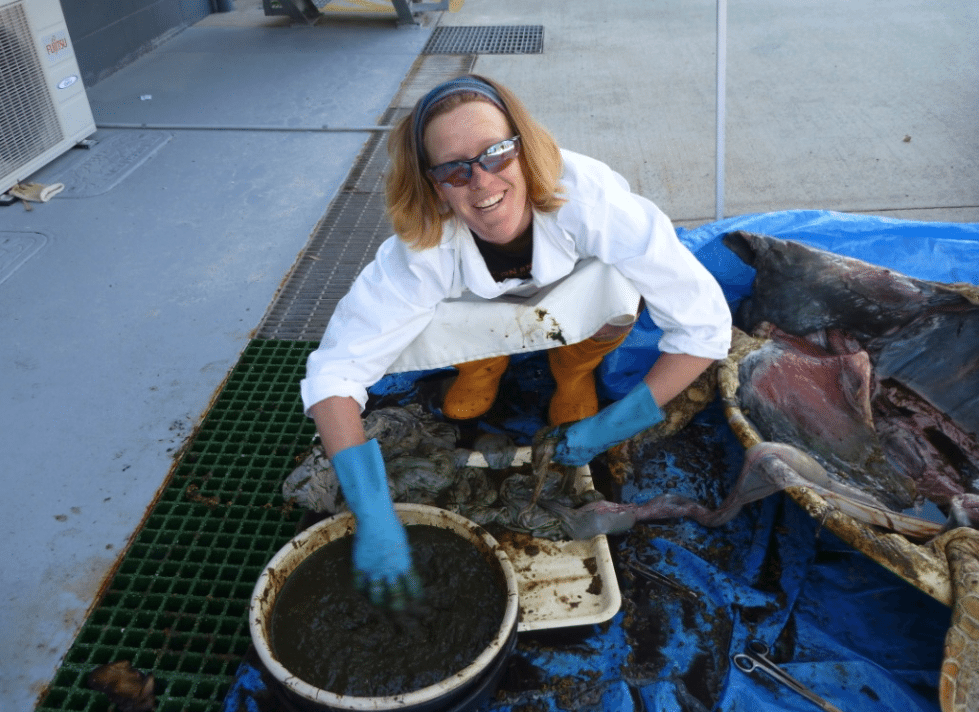 Dr Qamar Schuyler performing a necropsy on a dead turtle to see if it ingested plastic debris.

About 30 per cent of turtles in Moreton Bay have eaten plastics. But if you look a little more closely, you’ll find that not all turtles are equal in their appetite for plastic. Young, ocean going sea turtles are far more likely to ingest harmful bits of plastic. About 55 per cent of the ocean-going turtles we surveyed had eaten plastics, while only 25 percent of the coastal dwellers had. 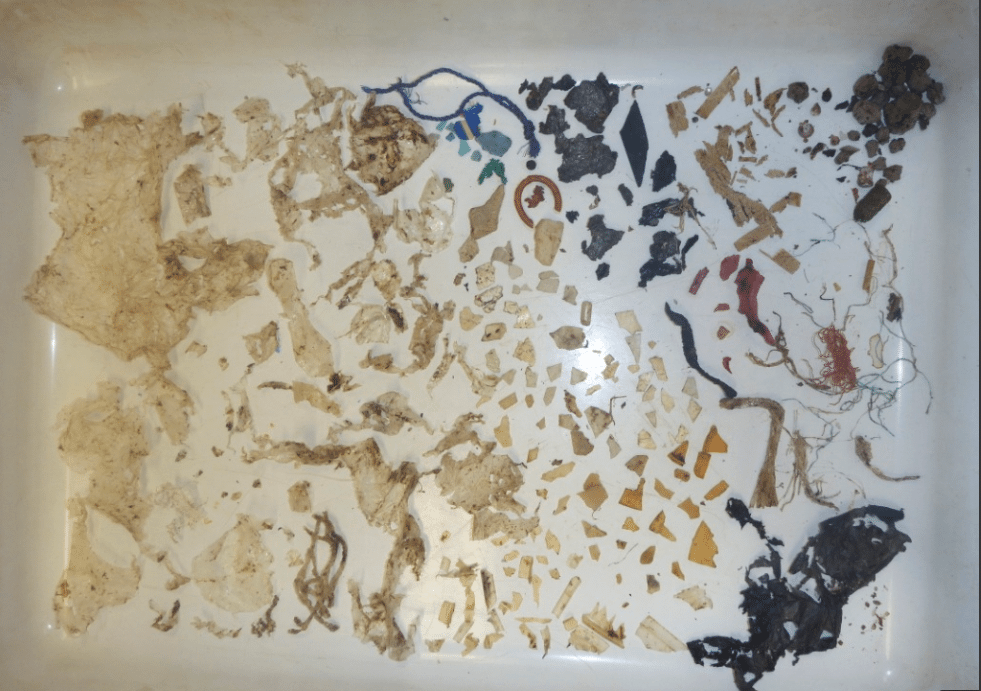 Plastics found in the stomach of turtles.

Most turtles spend the early part of their lives floating around at the surface of the ocean, moving with the ocean currents… as does plastic. These young turtles eat as much as they can, trying to grow big and strong before they move back to coastal waters, where more predators live. Unfortunately, when they come into contact with plastic, they eat that along with everything else. Much of what we see in these turtles’ guts is hard, white bits of plastic.

Once the turtles move back to the coast, however, they begin feeding at the bottom of the ocean. They are less likely to come into contact with plastics at the surface, but when they do, they typically eat soft, translucent plastics. We think turtles mistake these plastics for jellyfish, one of their food sources.

The numbers in Moreton bay are scary, but it gets even more scary when you look at the rest of the world. We compiled studies from around the world, and plugged them into a computer model to estimate how many turtles worldwide had ingested debris. According to the model, over 50% of turtle worldwide are likely to have debris in their bellies. 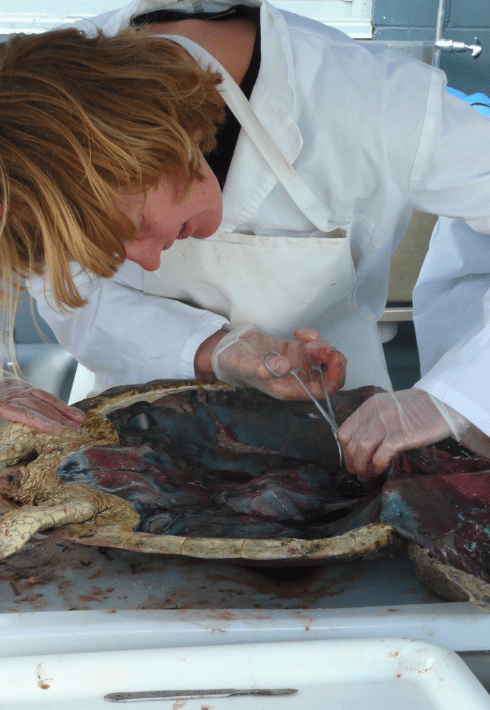 So what does that really mean for these guys? Well, plastic can have a number of harmful impacts for turtles and other wildlife.

Only a few pieces of plastic are enough to kill a turtle by blocking its gut or piercing the gut wall. So many of these animals are at risk of dying. But that’s not all. Plastic can also potentially cause a host of non-lethal problems by leaching toxic compounds into the animal. Scientists still don’t have a full understanding of the impacts from these toxic compounds, but we think they can affect reproduction and have other impacts on turtle populations. 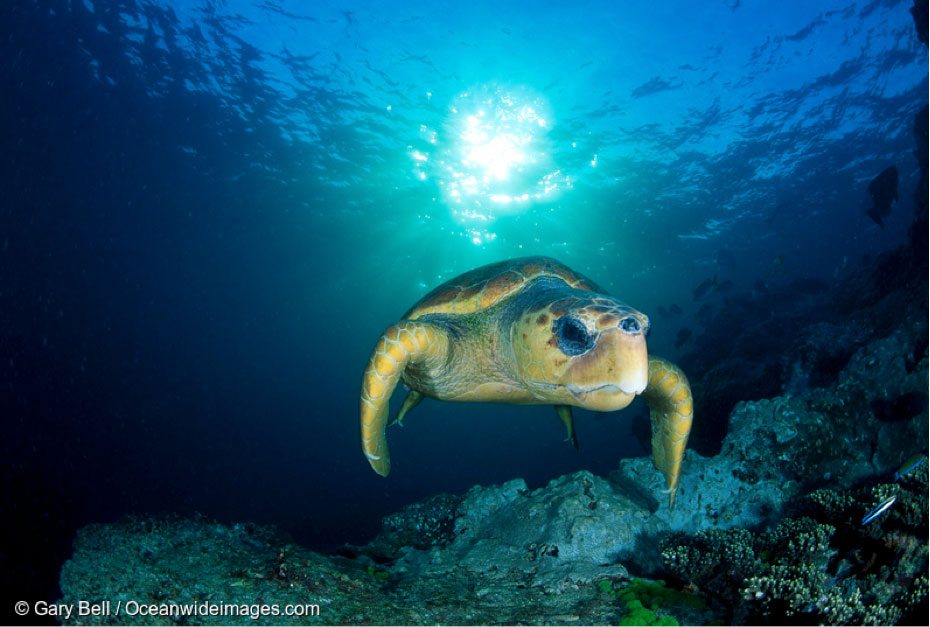 Well, it all sounds like pretty dire news, doesn’t it? From my years of heartbreaking work on these beautiful animals, I will admit that it can be hard at times to look on the bright side. But the great thing is, I have also been very lucky to spend a lot of time teaching non-scientists about what I have learned. And the even greater thing is that I have seen them take the message on board, and not only change things in their lives, but also tell others about what they’ve learned.

For example…a year 1 class in South Australia did playground clean ups and found that the most commonly littered item was the plastic wrapper from their juice box straws. So, they asked the lunch ladies to collect a 5 cent deposit from anyone buying a juice box. When they brought the straw wrapper back, they got their deposit back. Just like a container deposit scheme, and after a week, there were almost no plastic straw wrappers on the school grounds.

If a year 1 class can make a difference, surely all of us more educated people can as well. I don’t have to tell you how to reduce your plastic usage…just get out there and do it. And even more importantly, talk about what you’re doing! Get your friends and families and the politicians and the retailers on board as well, that’s the only way we’ll make a difference! 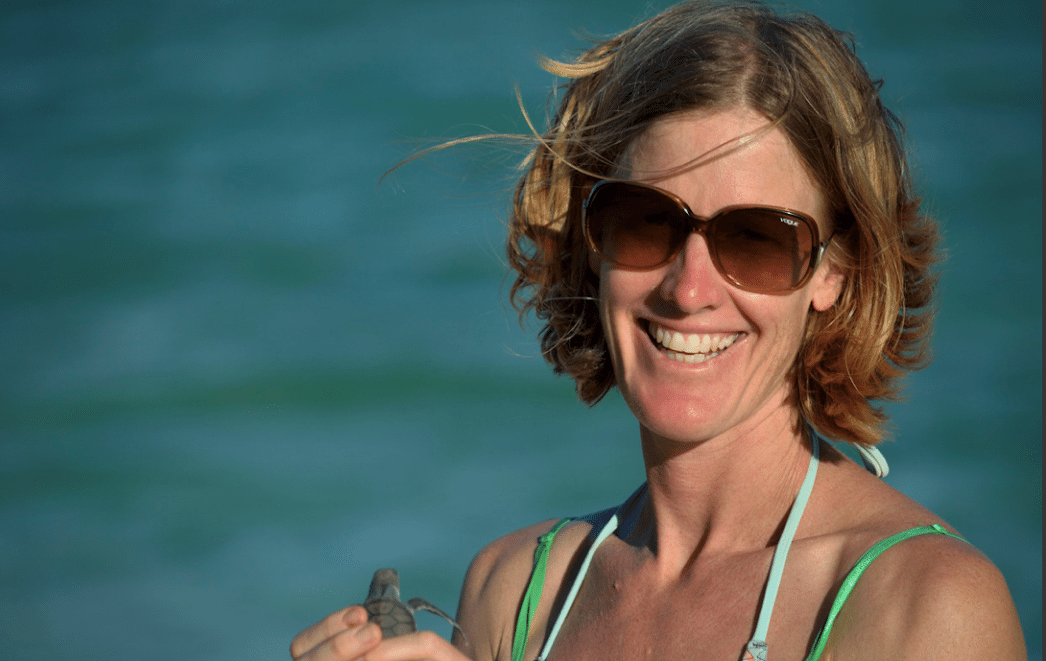