The Great Barrier Reef: for dummies

The Great Barrier Reef is one of the greatest natural treasures on the planet. And it needs our help. We find it hard to keep track of everything that's happening, places and names up at the Reef, so the team whipped up an infographic that really helped us and we want to share with you.

This is Abbot Point. It is the closest port to the Galilee Basin and is where the big dredging proposal would dig up the Reef World Heritage area to build the new port terminal. It is where all  the coal from the Carmichael mine would be shipped to other parts of the world. 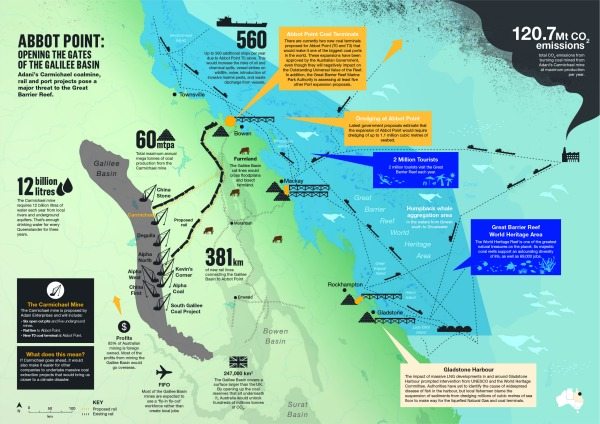 There are currently 2 new coal terminals proposed for Abbot Point (T0 and T3), turning it into   one of the biggest coal ports in the world. The coal emissions from burning coal mines from the Carmichael mine will rise to 120.7mt CO2 per year. 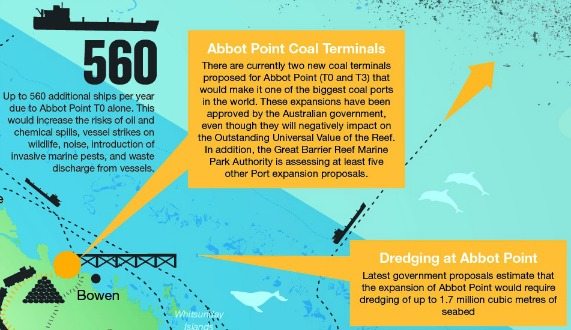 This is the Galilee Basin, where the coal will be dug out.  The Carmichael mine is one of many proposed in the basin. The others are either cancelled or shelved due to public pressure from people like you and the global coal industry being in terminal decline. The proposed railway will run trains through the Galilee Basin and over to the Abbot Point terminals. There will be 381 kms of new rail lines connecting the basin to Abbot Point.

12 billion litres of water will be required each year from local rivers and underground aquifers for the Carmichael mine. 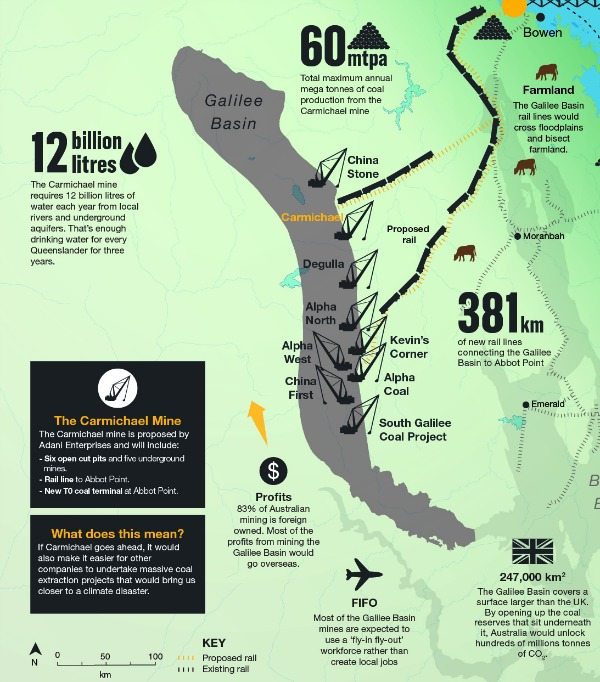 Lastly, the Great Barrier Reef brings 2 million tourists each year and is a World Heritage Area. Its coral supports an astounding diversity of life and is home to humpback whales, fish and an abundance of sea life. It also creates 69,000 jobs per year. And we are risking all this for a dirty coal port and mine. Take action against the Carmichael mine, for the love of the Reef . 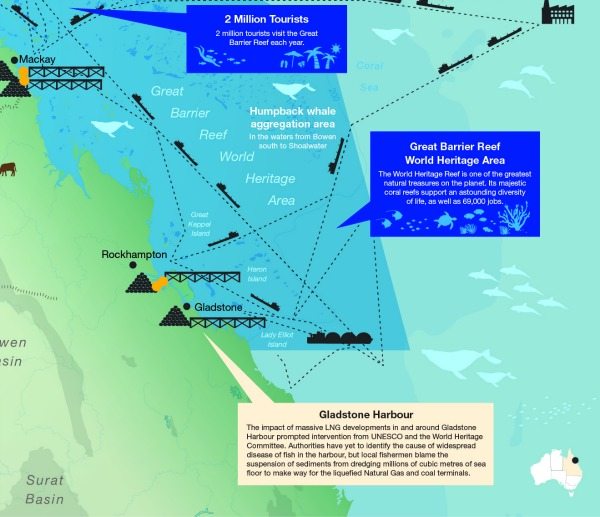