On the other side of the world is an environmental disaster waiting to happen but you’ve probably heard of it. A series of toxic tar sands oil pipelines are set to be built throughout North America - that’s unless the community manages to stand in their way. 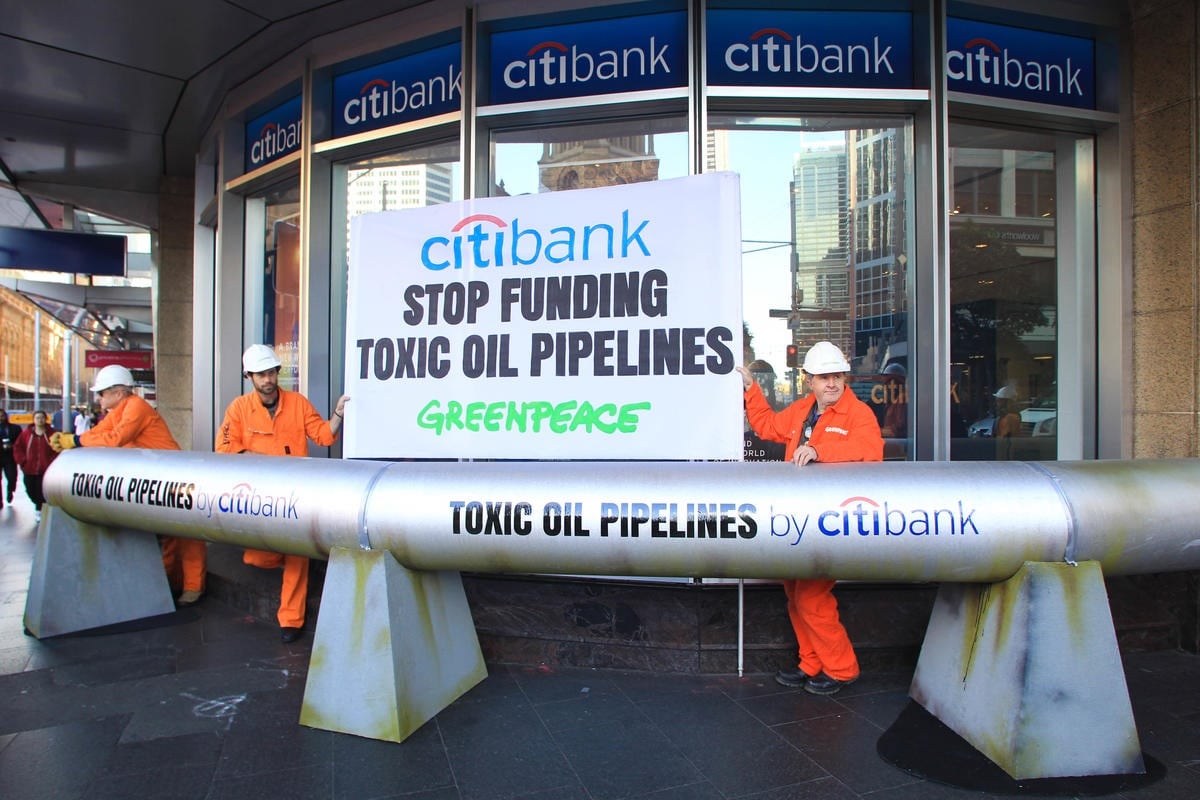 One company, Energy Transfer Pipelines, the company behind the notorious Dakota Access Pipelines, is responsible for hundreds of polluting spills and explosions that are a routine part of tar sands transport. On average, pipelines spilt an average of 34,000 litres of hazardous chemicals every single day in the United States. As we know, there is no safe way to transport oil.

ETP is suing Greenpeace and others for our advocacy alongside the community, which is being led by Indigenous People. One hundred and fifty First Nations groups have joined together in opposition to these pipelines. But ETP’s CEO, Kelcy Warren, has nothing but contempt for the communities in which the company operates, famously declaring that their opponents should be “removed from the gene pool”.

ETP is joined by Enbridge as well as the Trans Mountain project, formerly owned by Kinder Morgan before Canadian Prime Minister Justin Trudeau nationalised the pipeline in order to push it through. That move stands in stark contrast to his “golden boy” image on climate change. 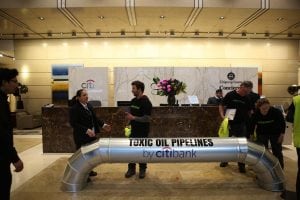 As in Australia, toxic pipelines are located in Indigenous and low-income communities, where they poison the water supply and traumatise local people. They are a perfect example of environmental racism, where particularly polluting projects are located next to communities of colour. If extracted and burnt, the tar sands these pipelines carry will use up 15 percent of the world’s available carbon budget if we are to keep warming well below two degrees.

Nevertheless, the projects can’t go ahead without support from banks like Citibank, who are one of the “dirty dozen” banks associated with the pipelines. Citibank appears not to mind being a climate villain, and they are the largest Australian funder of climate change among retail banks after the Big Four. But in the same way as we have managed to get the Commonwealth Bank to rule out new coal projects, we can get Citibank and the other twelve banks to rule out toxic oil pipelines.

So far, over 350,000 people globally have joined the call to demand banks rule out tar sands pipelines. They join the 10,000 people who have joined First Nations leaders in mobilising in the streets in opposition to the projects. A global wave of resistance is sweeping around the world, with protests outside bank branches who have not made their position on the deadly projects clear, and a creative human oil spill in Fiji. Early indications suggest the pressure may be starting to work.

As usual, it will be up to people to lead the way on defending the only home we have ever known. The ball is now firmly in Citibank’s court to tell us where it stands.