It was an inspiring, empowering example of what our movement stands for. 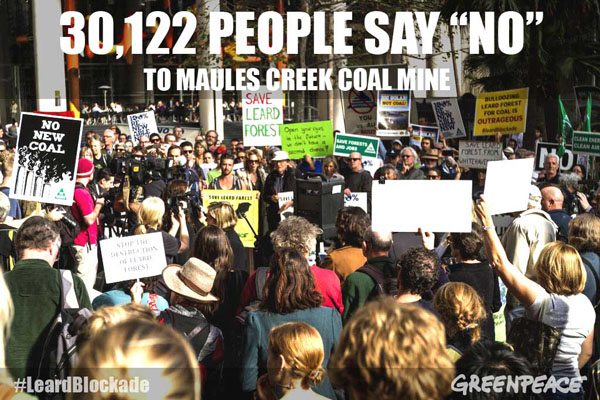 We were there to deliver a 30,000-strong emergency petition demanding the NSW Government use its powers to halt destructive bulldozing while animals hibernate.

The crowd was diverse, energetic, and determined to ensure our voices were heard loud and clear. Here’s what it looked like from where I was standing:

This really was a movement-wide effort to save the forest and prevent the building of the monster Maules Creek Coal Mine. We were joined by our friends at GetUp, the Wilderness Society, Australian Religious Response to Climate Change (ARRCC), Nature Conservation Council of NSW, 350.org Australia  as well as local residents and traditional landowners.

Together we showed it’s not just a handful of Australians taking action against this terrible forest clearing — it’s upsetting Australians everywhere.

As the speakers stepped up, the crowd chanted over and over: stop the bulldozers, end the destruction:

Meanwhile, the protest inside and surrounding the forest is continuing to escalate.

This week, two teams of climbers formed an impressive spiderweb-like canopy camp to prevent bulldozers closing in on the forest. And today, two motorised paragliders took to the sky to document the devastation left in the wake of Whitehaven Coal’s bulldozing of critically endangered forest.

You can follow the action live here as it continues to unfold.

Here are a few of my favourite pics from today’s rally. Whether you signed the petition, came to the rally or have been following the conversation on social media, thanks to everyone for being part of this. 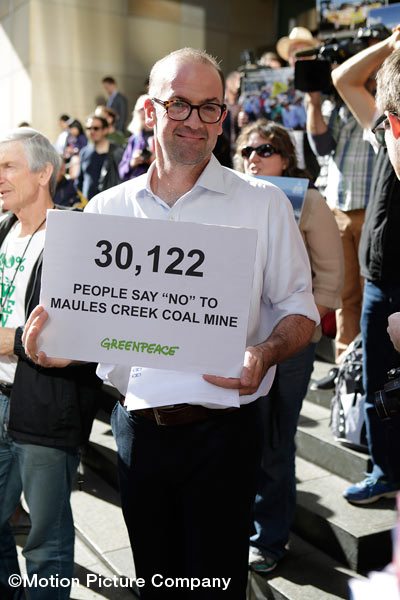 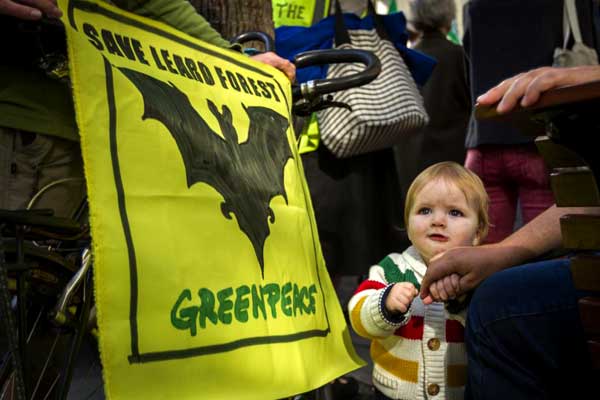 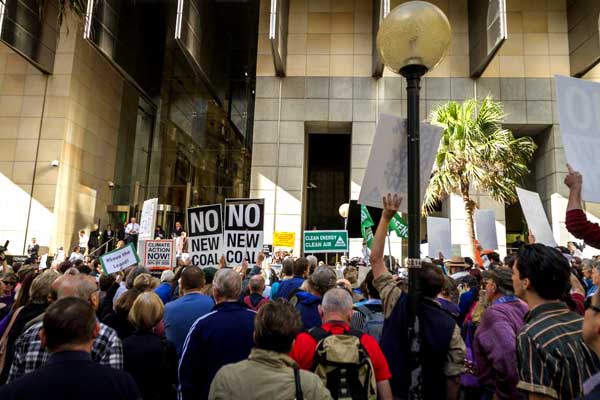 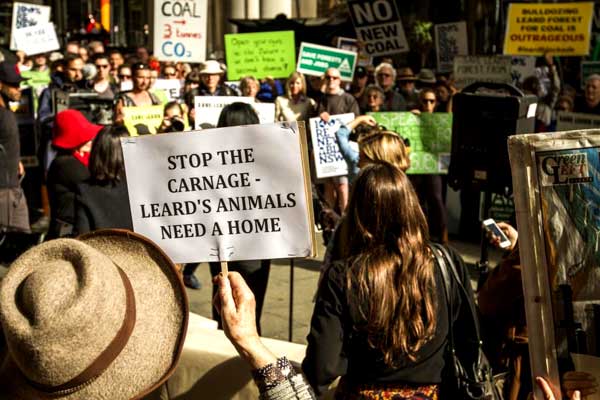 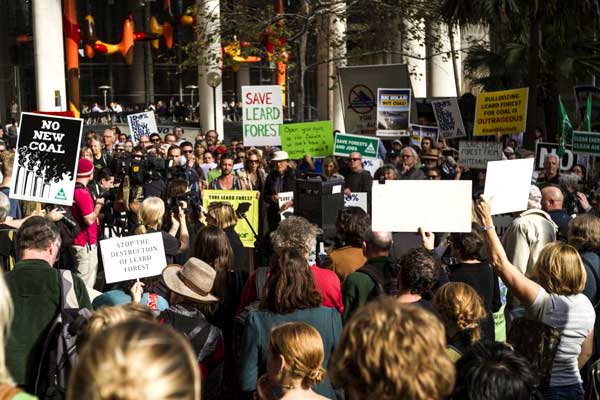 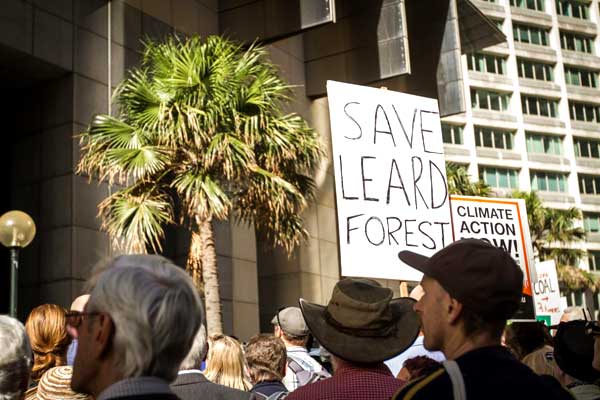