Is your smartphone generating unnecessary e-waste?

Bottom line: The ability to repair your smartphone is more important than you might think. How exactly do smartphones contribute to waste? And how can we proactively reduce this e-waste output? We've got all the information you need.

Great work from Greenpeace and iFixit. How Repairable is Your Mobile Device? https://t.co/sPht4eooJb

How do smartphones contribute to waste?

When phones have to be discarded, they are often disposed of irresponsibly which in turn releases all of the toxic chemicals in these phones straight into our environment.

Electronics have a considerable amount of filthy chemicals lurking inside them – including lead and mercury. According to iFixit, you can’t throw devices into landfills because these chemicals would contaminate our soil and then seep into our water supply.

The irresponsible disposal of smartphones can have massive environmental impacts when you consider just how many people own these devices today.

There are ways to recycle e-waste appropriately but they are not easy OR cheap. In order to recycle these devices correctly, you must separate out each type of material in the phone so that the raw materials can either be reused safely or disposed of properly.

This is why a lot of the electronics that we think are being recycled are just being shipped to countries with more lax environmental laws, reports iFixit. The labour-intensive and pricey process is an expense that many companies aren’t willing to take on so they send these devices to places where labour is cheap and the e-recycling processes are much less regulated. 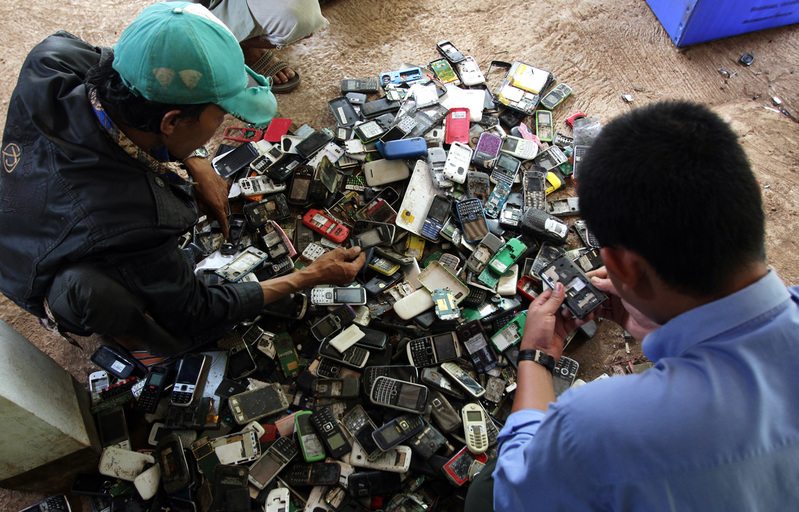 Why does a smartphone’s repairability matter to the environment?

This is where smartphone repairability comes into play. When we maintain and repair our devices we can extend their lifespans considerably. If we took more proactive steps towards doing so and consequently doubled the usable lifetime of our phones, we could cut the amount of electronic waste created in half.

“Devices that can be easily disassembled for repair are also easier to disassemble for reuse and recycling – the next stage of a product’s life – once it is no longer possible to use the whole product anymore,” explains the Greenpeace and iFixit report. “Components can be used again and, if not, recycled to recover the valuable raw materials.” 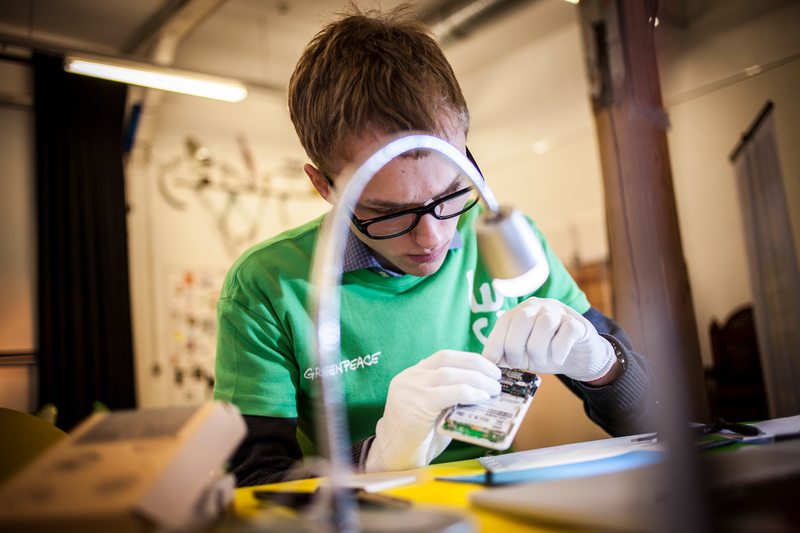 Greenpeace volunteers group organises a smartphone repair event in Hamburg, where visitors can repair their smartphones. Broken displays or a defective battery are no reason not to use the gadgets any longer.

So, what can you do moving forward to help us reduce e-waste? Don’t worry, we’re not going to ask you to throw out your iPhone. The answers are pretty simple:

Our research outlines some of the best and worst devices to further this agenda, to read more about which phones are the most repairable and which are the worst.