See you in court, Arctic oil!

It's time we hold governments accountable for their climate promises; we must protect the pristine Arctic - it's critical for the preservation of our planet for future generations. 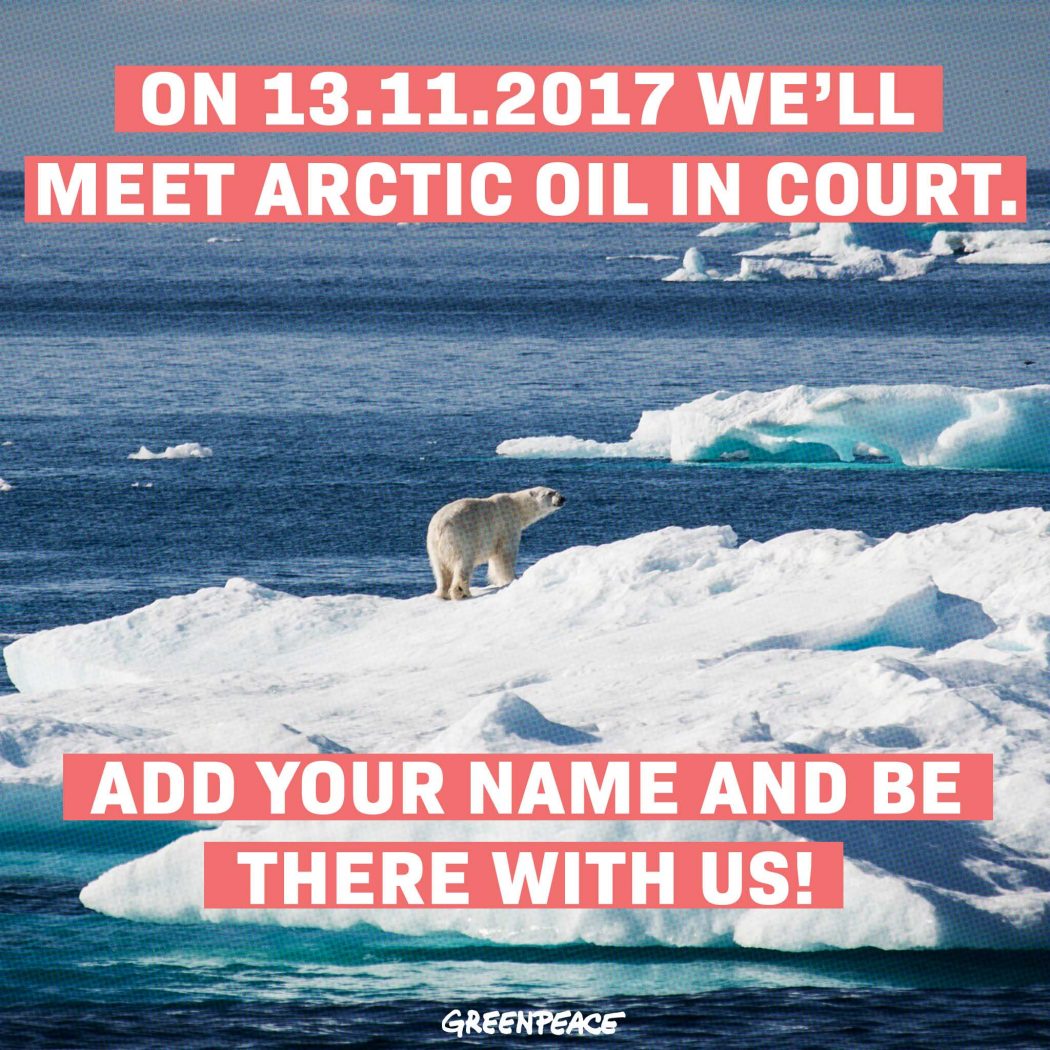 Our legal case against the Norwegian government, which granted new oil drilling licenses in the Arctic ocean, finally has a court date. On November 13th we are going to court!

My name is Michelle. As one of the attorneys behind this groundbreaking case I’ll be updating you as it moves ahead.

When I think of future generations, I think of my niece Blythe. At five months, she has every right to a full and healthy life – free from the catastrophic effects of climate change we are already seeing around the world. THIS – tackling climate change – should be the main priority of governments.

It seems, however, that they need a little push in guaranteeing these rights. Civil society and youth around the world are doing just that through the courts. We can be the generation that ends oil. 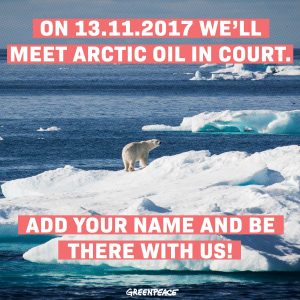 Let me take you through some legal stuff:

Norway was among the first countries in the world to sign the Paris Agreement and promise to help limit global warming. But, right after they signed on they started handing out vast areas of Norwegian seas to oil companies. New oil drilling. In the Arctic! That is madness. The Arctic is vital to regulate the earth’s temperature.

We will show the Court that the government must take action, not only to keep the Paris climate agreement on track, but also to uphold the Norwegian Constitution:

You see, the licenses violate Norwegian’s constitutional right to a healthy environment. This is what is written in Article 112 of the Constitution:

“Every person has the right to an environment that is conducive to health and to a natural environment whose productivity and diversity are maintained. Natural resources shall be managed on the basis of comprehensive long-term considerations which will safeguard this right for future generations as well… The authorities of the state shall take measures for the implementation of these principles”.

It is clear that drilling for more fossil fuels in the Arctic is against the rights enshrined in Article 112. We are demanding that the government upholds these constitutional guarantees.

This is not just about Norway. This is about climate justice for us, our nieces and nephews, all children – every person and future generations.

What happens in the Arctic doesn’t stay there. Around the world, communities are already battling the effects of climate change. People have been made homeless by storms, killed by floods and suffered starvation from terrible droughts. Unless we act now, climate change will cause more dangerous and more frequent extreme weather events and sea levels will rise. Lives, livelihoods, homes, and our environment are all at risk.

But this case is now part of a wave of people stepping up for climate all over the world, from Norway to the Philippines. If millions of us come together and take this battle to court, we build a movement to take back our future. So far, more than 150 000 people have joined this global movement. If you haven’t already, add your name and be part of the generation that ends oil.

It is time to end the oil age. If you’re a government, and you’re accelerating climate change, there is a good chance we’ll see you in court. Stay tuned.

This is a guest post by Michelle Jonker-Argueta, one of the attorneys behind this groundbreaking case.