Today we’ve let the cat out of the bag that HSBC - one of the biggest banks in the world - is funding destructive palm oil companies. Now its customers are waking up to the news that the bank card in their pocket is linked to the destruction of already-endangered forests. 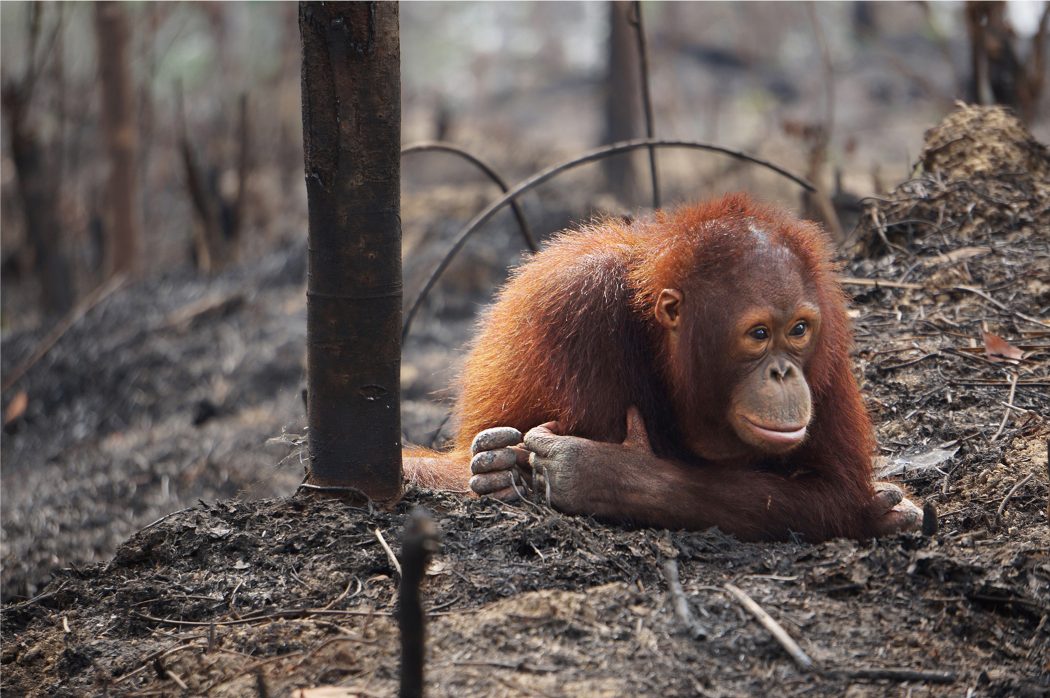 This secretly filmed footage shows bulldozers from the Salim palm oil group – a firm that borrowed millions of pounds from HSBC – destroying Indonesia’s rainforests. Take a look and see for yourself.

This isn’t about one palm oil company though – HSBC funds multiple shady palm oil companies. Most of us will never have heard of these faceless palm oil predators – but they’re notorious in their industry for trashing rainforests, so HSBC knows exactly what it’s doing.

In April 2016, an influential environmental group released a briefing stating that if HSBC loaned money to a forest-trashing company called Noble Group it would be breaching its own sustainability promises. Yet HSBC signed a deal with Noble just a few weeks later that flagrantly ignored the evidence.

For a bank that proclaims that “sustainability underpins our strategic priorities and enables us to fulfil our purpose”, funding companies like Noble is a strange move! The kind of forest destruction you see in this secretly filmed footage is creating a crisis for both people and planet, thanks to funders like HSBC.

Fires exacerbated by forest destruction are pumping a toxic haze from schools to streets to homes in South East Asia. This haze is linked to hundreds of thousands of premature deaths.

The forest fires are fueling climate change too – the daily CO2 emissions produced by the fires in 2015 sometimes exceeded the daily emissions for the whole USA.

For many years, there have also been social conflicts between Noble’s plantation companies and indigenous communities. Groups have accused Noble of exploiting and deceiving them to gain access to their land.

To make matters worse the Bornean orangutan was recently classified as critically endangered and habitat destruction is one of the biggest reasons for this.

For people, planet and primates, HSBC must stop funding palm oil groups like Salim and Noble. We know we can do it because we’ve done it before. In 2015, Greenpeace supporters forced Spanish banking giant Santander to stop funding a paper company that was clearing rainforest in Indonesia.

HSBC’s website says “Considering sustainability when we make decisions helps us to protect our reputation” – let’s show HSBC how correct this statement is! The more eyes HSBC feel on them as this scandal is revealed, the more they’ll feel their advertising cash could all be going to waste.

If thousands of us make our voices heard, we can make sure they clean up their act.

>> You can also read the full report here.