Queensland election explained: What does this mean for the future of the Great Barrier Reef?

As the tropical state of Australia, Queensland is known for its summer storms. We’re used to it being hot and steamy one day and raining buckets the next. This summer, though, was particularly crazy, and the Queensland election last weekend perfectly matched the unpredictable weather. 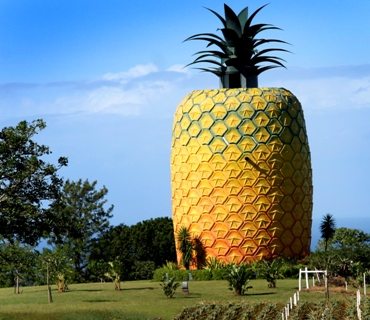 Last weekend,  2.75 million Queenslanders cast their vote in a state election. Most expected the conservative Newman Government to remain in office for at least another term. After all, they held 73 out of the 89 seats in parliament and it would take a tidal wave of protest votes to kick them out.

Now, one week later the results are still unknown. But it’s looking increasingly likely that the opposing Labor party will form Government. They might need the support of the independent and minor parties, but this massive swing from one party to another is massive news.

And trust me, Queenslanders are used are used to things being big. Check out our Big Pineapple.

Central to this electoral tidal wave was the Great Barrier Reef. Stretching over 2000km along the coastline of Queensland, the Great Barrier Reef is bigger than all things big in Queensland. It’s the largest living structure on earth and can even be seen from space. As one of the most biodiverse places on the planet, this underwater wonderland is recognised by UNESCO as a World Heritage Area. The Reef employs over 69, 000 people in tourism and science and brings in $5.6 billion a year to the economy.

It’s no surprise then, that hundreds of thousands of Queenslanders were up in arms about the Newman’s Government’s plans to develop massive new coal mines that would contribute to climate change and coral bleaching.

It’s no wonder they were upset a foreign-owned company planned to dredge millions of tonnes of seafloor in the heart of the Great Barrier Reef and dump it on a nearby wetland to make way for a whopping new coal port.

It’s understandable that those that work in tourism are worried about tens of thousands of new coal ships travelling through the Reef and increasing the risk of collisions and oil spills in these pristine waters.

Greenpeace supporters joined thousands of others – writing letters, joining rallies, and calling politicians – to save this national treasure from being destroyed by extensive coal developments. . The impact of our campaign is evident in the election result.

But while the last few votes are counted, power could fall to either of the major two parties. Meanwhile, the fate of the Great Barrier Reef hangs in the balance.

What would a new Labor government mean for the Reef?

Leading up to the election, Labor promised to protect the Great Barrier Reef from dredging and dumping at Abbot Point. In particular they promised the following:

This means Adani will need to go back to the drawing board with their plans for Abbot Point.

Even Australia’s Prime Minister is listening

That’s not all: the reverberations are being felt beyond the state boundaries. The Australian Prime Minister’s leadership is on the rocks, and the Federal government is steering clear of unpopular decisions. As a result of the Queensland election, the Federal Environment Minister Greg Hunt has  put the Federal approval process for dredging and dumping at Abbot Point on hold.

The bad news is the Labor Party still supports the opening up of the Galilee Basin to coal mining. Whichever way you look at it, digging coal out of the Galilee Basin will lead to increased coal ships crossing the Great Barrier Reef, and long term damage to the Reef as a result of climate change and coral bleaching.

To save the Great Barrier Reef, Labor must rule out all new coal mines.

What if the Liberal National Party get back in?

Previously, the Liberal National Party were intent on fast-tracking Adani’s coal mine, rail and port, and even committing tax-payer money to fund the project. It is possible they could form government with Katter’s Australian Party. Rob Katter has made it clear he supports mining the Galilee Basin, which would ultimately mean building destructive port infrastructure on the Great Barrier Reef.

Even if the LNP do regain power, we have a trick up our sleeve…

We still have a chance

It’s not just political forces at play here: the coal price is continuing to fall, taking down the financial viability of Adani’s coal mine and port down with it. Adani needs to raise billions of dollars to make its project happen. As yet, it hasn’t managed to line up financing from any of the major global banks.

Eight of the world’s largest banks have already said that they won’t fund Adani’s Abbot Point coal port because of the impact on the Reef. These include Goldman Sachs, Deutsche Bank, Citi, JP Morgan, Barclays, HSBC, Morgan Stanley and Royal Bank of Scotland. If the Queensland Government withdraws tax-payer subsidies, Adani’s project will be even harder to finance. 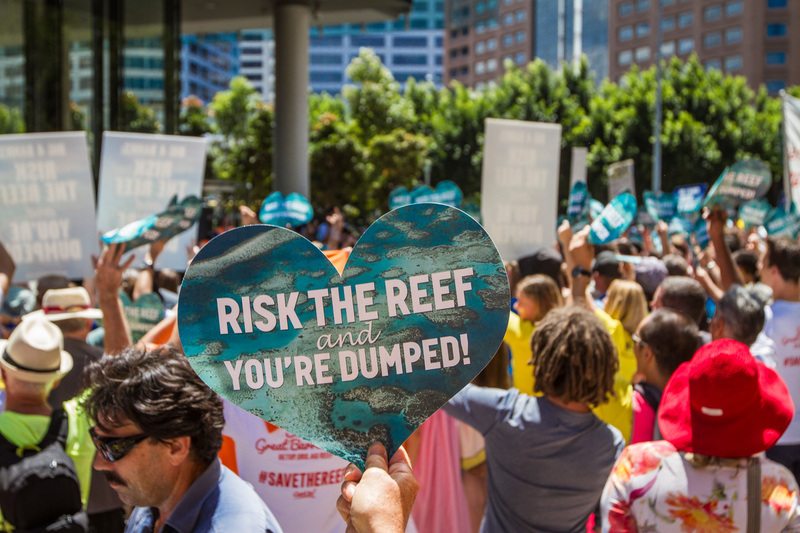 Can I help if I’m not a Queenslander?

Yes! The role of the Big Four Australian banks is now crucial. Adani is trying to get them to fund its plans. As yet, none of the banks have made a commitment either way.  That’s why we’re asking people to show their love for the Reef this Valentines Day, getting banks to break up with coal. On February 13 and 14, hundreds of Reef lovers will take part in events around Australia.

Show your love for the Reef, tell the Big 4 Australian banks to rule out Reef destruction now.