When I proposed Greenpeace to attempt one of the most difficult and hard routes in Patagonia - a land famed for its bad weather - using only PFC free, I had my doubts. 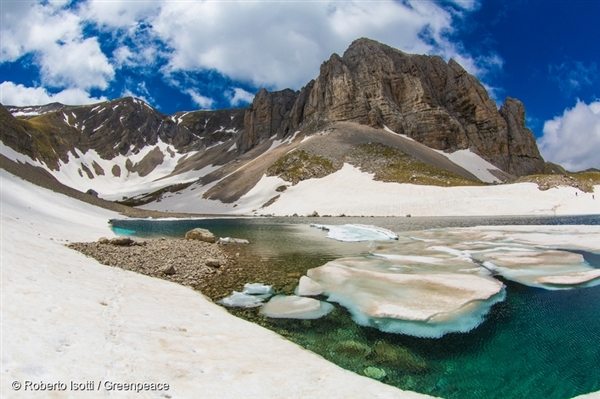 Would these products work just as well as clothing with Goretex? Well, I have to say they did and I am extremely happy with their performance. But let’s start from the beginning. My partner and me had been checking weather forecasts almost constantly for the last 3 weeks but December had shut us down. Luckly a four days good weather window starting the third of january until the seventh seemed to be our chance to climb the mountain.

We started the approach to Laguna torre and the Nipponino basecamp under strong wind, but after a six hour hike trough the glacier we settled down and rested. Distances are much greater here than anywhere else, and walking 20 kilometers just to get to the mountains is common. Good and reliable gear is fundamental if the bad weather catches you during one of these approaches.

At Nipponino basecamp we prepared our gear and at midnight we started the approach to the foot of the west face of Cerro Torre (3.102 meters). A long and difficult hike on the Glaciar Grande among huge crevasses led us to Col standhart and 1.200 meters of climbing just to get to Circo De los Altares and the base of the route. After 15 hours of climbing we got the base of the wall and Col de La Speranza. Here we dug a snowcave that kept us warm and safe during the night. We melted our water and recovered from the day.

Greenpeace lent us PFC free gear and clothing which so far worked very well. I was happy and still dry and warm. The morning of the 5th of january we started to climb the west face, 850 meters above us: snow and incredibile ice formations seemed imposible obstacles but in 1974 an Italian team had found a way through. We were following their route. After many meters and many hard sections of vertical ice and inconsistent snow we got to the the last 50 meters of Cerro Torre. The famous Mushroom. Which is the hardest part of the mountain, vertical inconsistent snow that can take up to five hours to be climbed.

I took my Ice tools and went for it. After an hour long battle against very strong wind and hard climbing and bad protection we got the top of this amazing mountain. The Dream of every Alpinist. We enjoyed the summit and started the long way back to the snow cave. After 20 hours of climbing we got back to the snow cave and rested for the night. The 6th of January we walked 14 hours through the Hielo Continental, the third largest ice mass in the world and slept at base of it. The 7th of January we got back to El Chalten happy and satisfied.

My gear worked perfectly and I was very glad to have climbed this mountain without products made with toxic chemicals. Nature is our home and our playground and as climbers our duty is to protect it. Thank you Greenpeace for helping us doing this! 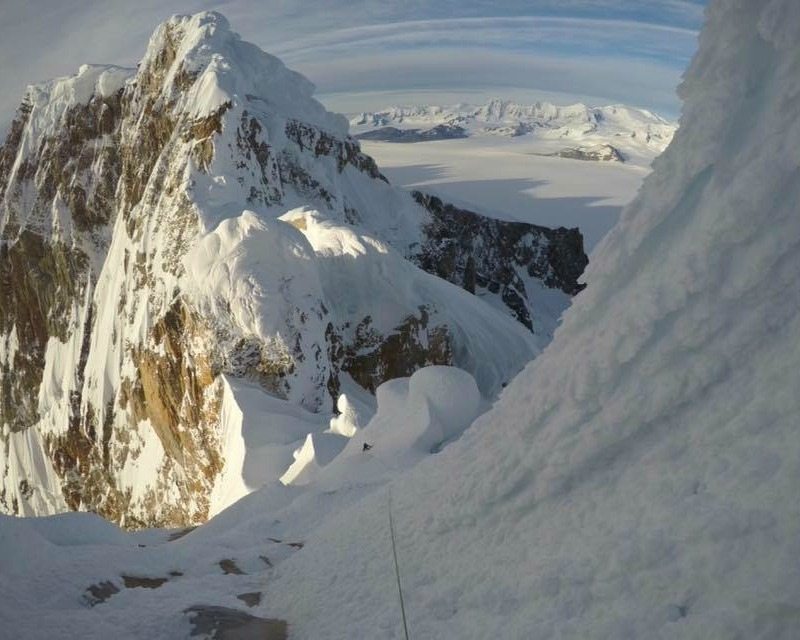 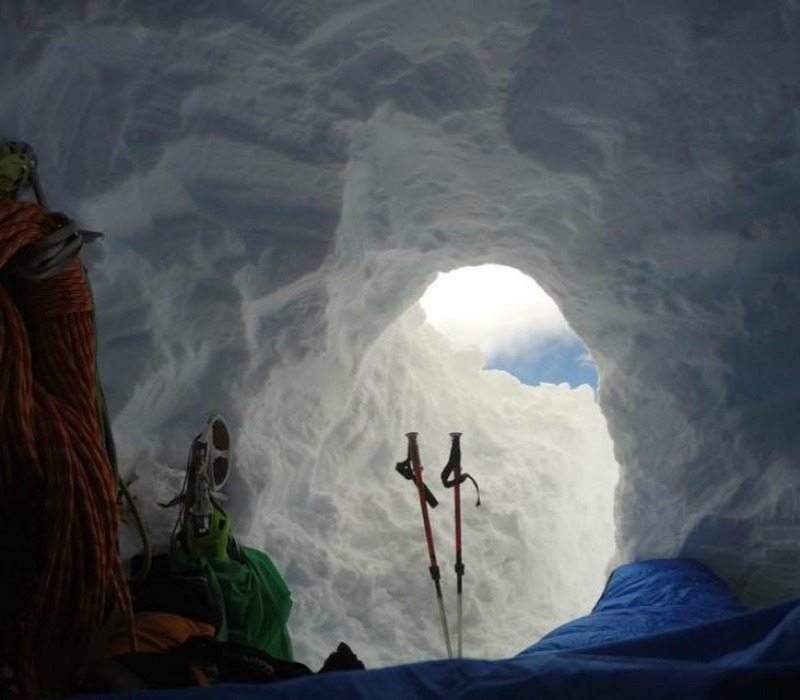 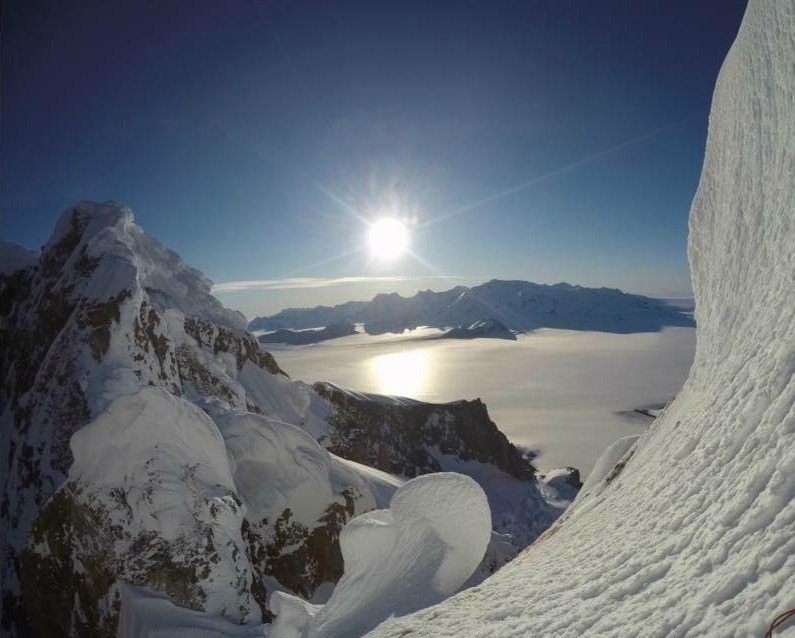 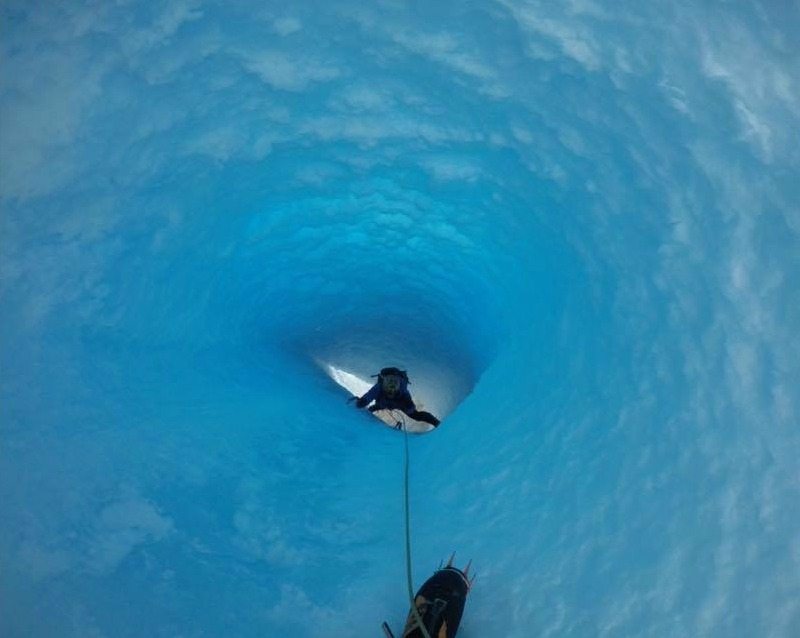 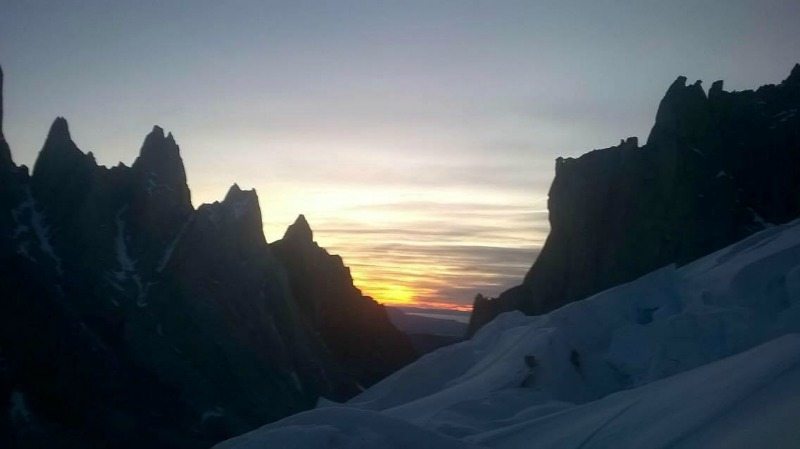 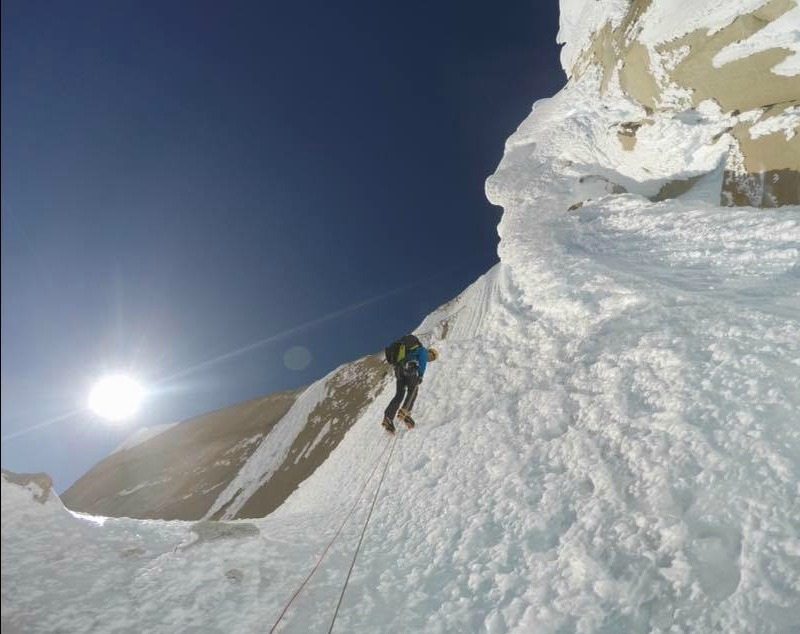