Pacific Activists: Stand Up Fight Back

The Cambridge dictionary describes activists as "people who believe strongly in political or social change and take part in activities such as public protests to try and make something happen."

The Cambridge dictionary describes activists as “people who believe strongly in political or social change and take part in activities such as public protests to try and make something happen.”

I have never considered myself as an activist. However, on the morning of Monday July 3rd 2017, standing in the middle of a colourful group holding banners and flags with messages of climate hope, strength and solidarity, it dawned on me that’s exactly what we all are – activists.

We are climate activists and we are standing up for the planet, for our homes and for ourselves we were making sure our voices were heard. 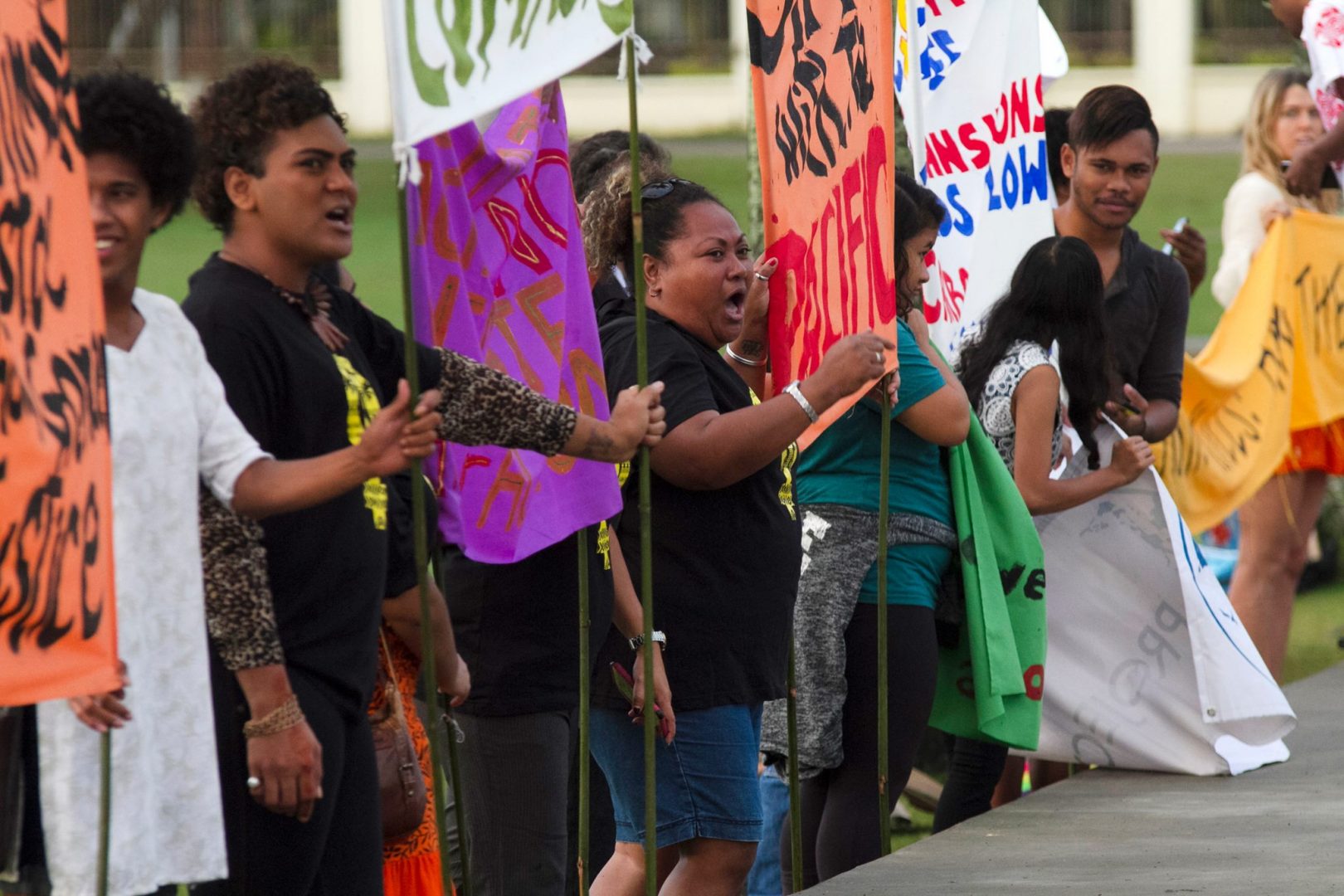 WHAT DO WE DO WHEN THE PLANET WE LOVE IS UNDER ATTACK? STAND UP FIGHT BACK !

The Standing March earlier this month, organised by the Pacific Island Climate Action Network, myself, and Greenpeace’s Head of Pacific Network, Matisse Walkden-Brown, was a powerful moment to be a part of.

Activists stood together in Albert Park, Suva, Fiji Islands, opposite the Grand Pacific Hotel where leaders from all across the Pacific, Australia and New Zealand were gathering for the Climate Action Pacific Partnership conference.

We all arrived before sunrise to make sure our politicians knew that we were there.

That we would be present over the next two days and we expected true Pacific-led climate ambition and bravery from our leaders.

That we do not want to simply provide lip-service to our neighbours.

That we know there are simple solutions to climate change, that can no longer be watered down or paid off by blatant conflicting interest.

That funding for forums and meetings (to plan meetings about meetings, regarding the consultation period on a decision from another meeting) does not in anyway shape or form, negate any country’s responsibility to phase out of fossil fuels.

We were there to say, that we, the Pacific, want climate ACTION. Not climate distrACTION. Now. 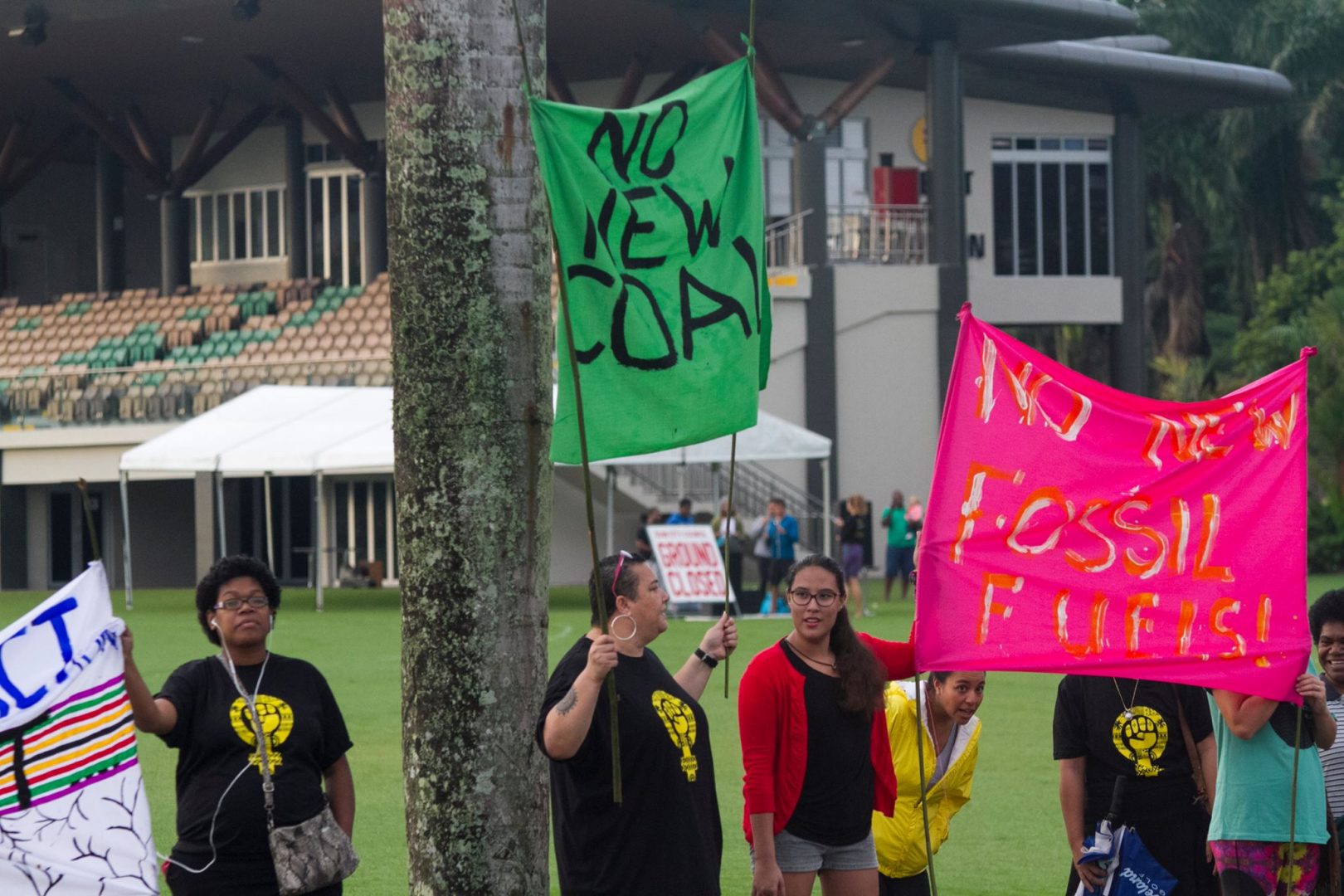 The voices of the Pacific Climate Activists around me were clear. This is OUR home, OUR ocean, OUR countries, OUR planet and OUR futures we are standing up for. That we may be among the first to be affected, but we will not be the last.

Our messages boomed across the road to the entrance of the Fiji’s most historic hotel, where hoards of Pacific officials were taking photos and videos and welling up with emotion.

The Deputy Prime Minister of New Zealand walked over to shake our hands. Hollywood actress Shailene Woodley made her way through traffic alone, to kindly share our voice with her millions of social media followers.

On that morning, it really sank in for me. That we, as Pacific Activists, aren’t alone in this fight. There are people, all around the world, ready to make the necessary changes. In their lives, in their governments, their power grids. That our own Pacific politicians and dignitaries (when able to unstick themselves from the outdated, easily-replaceable, economically-unstable, environmentally-devastating, self interests of industrialised nations and corporations) are on our side.

The Pacific knows what is at stake. All too well. Our corner of earth is already dangling in the balance. So, Pacific activists will keep working, day and night, to ensure OUR voices are echoed this year in November, at the Pacific COP.

Not the politically polished voice of the Turnbull government, in a Fijian accent. 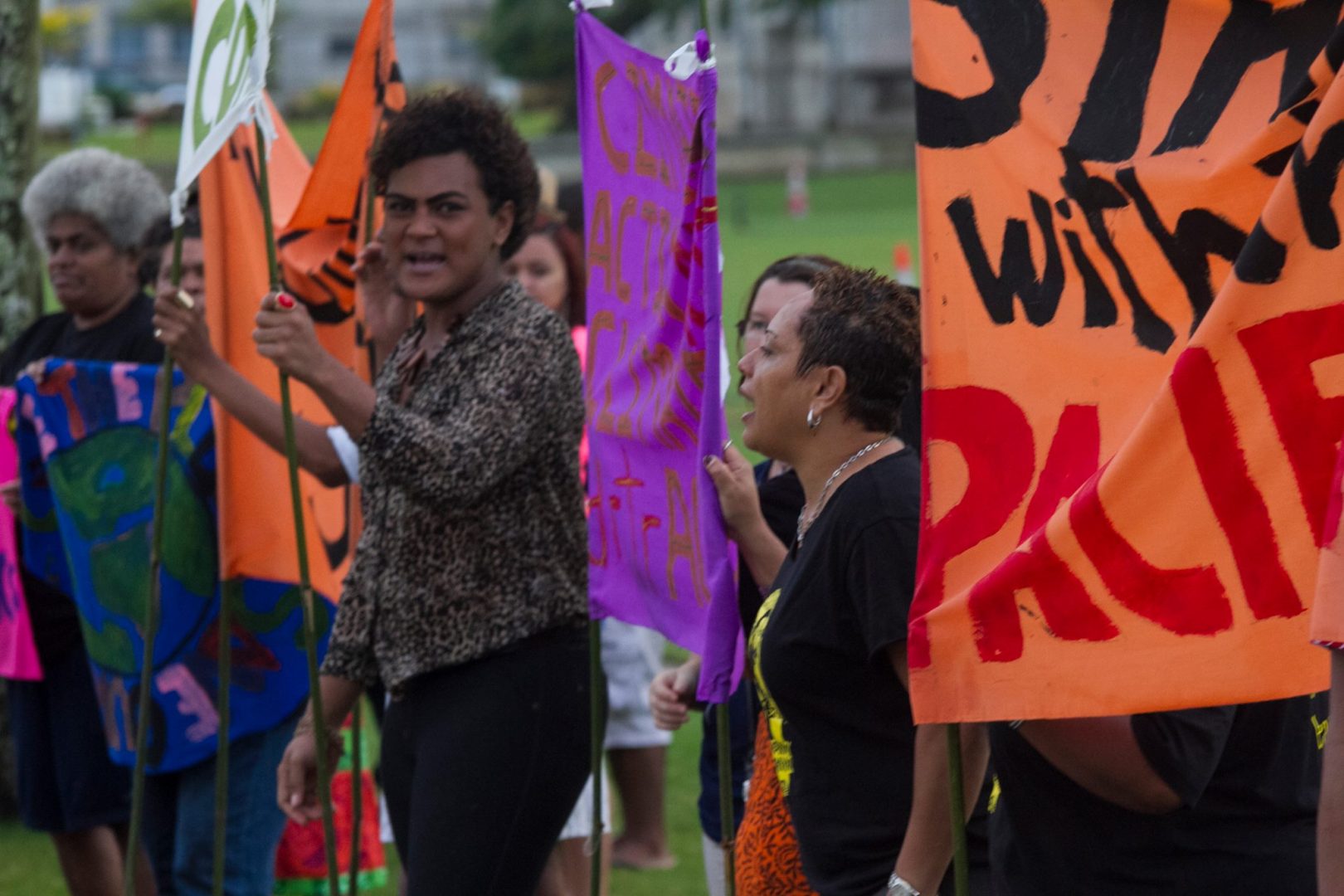 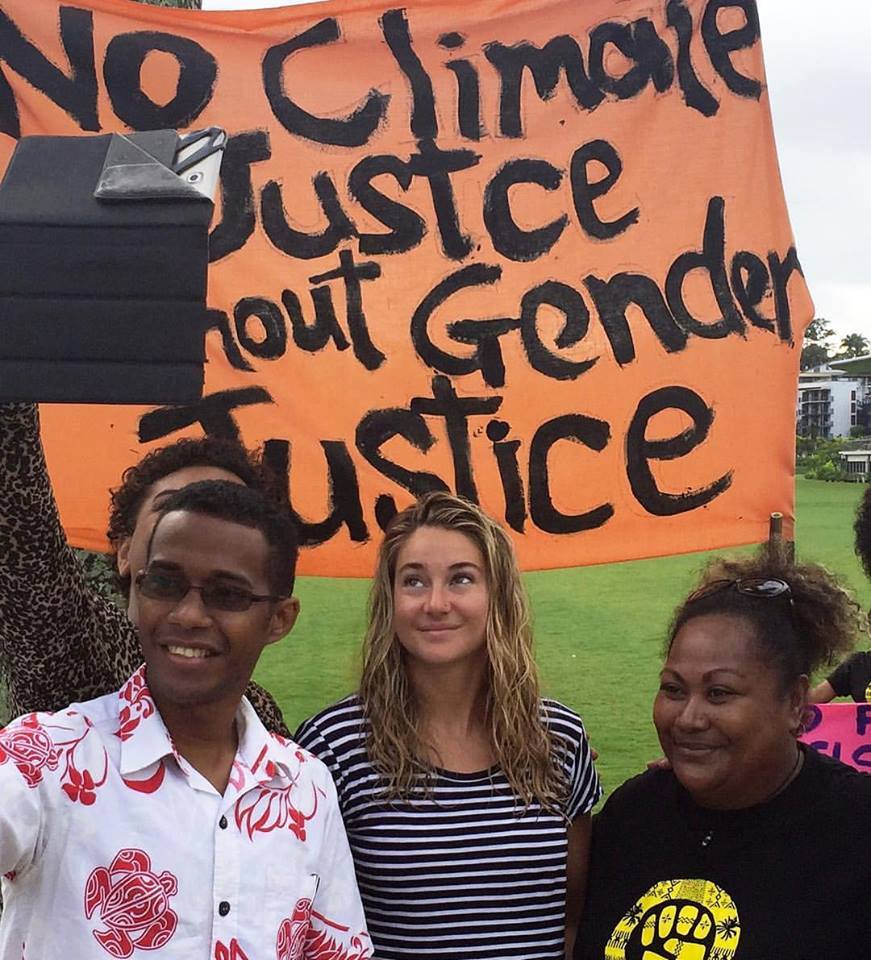 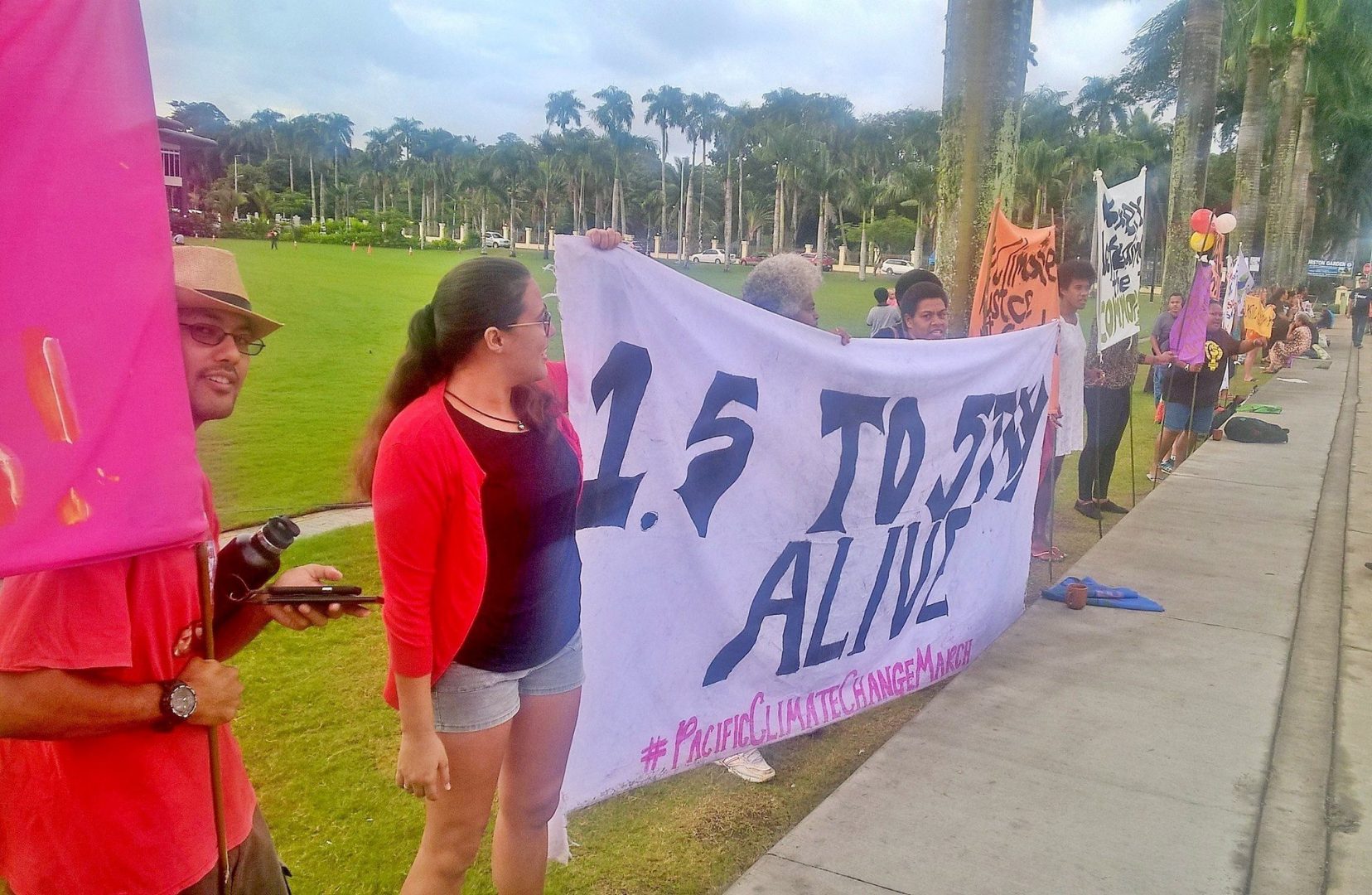