Nature does not negotiate: climate catastrophe is with us now!

As Typhoon Hagupit hits the Philippines, one of the biggest peacetime evacuations in history has been launched to prevent a repeat of the massive loss of life which devastated communities when Super Typhoon Haiyan hit the same area just over a year ago. 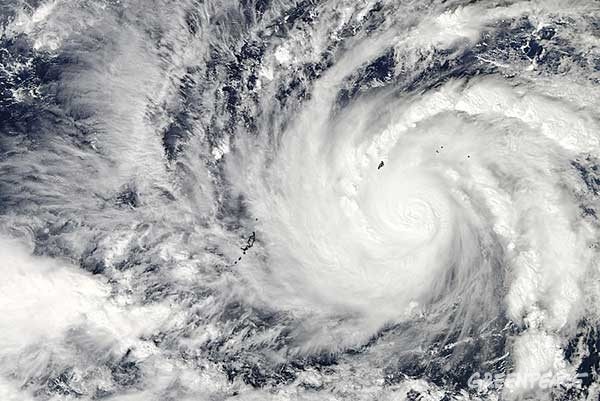 “One of the biggest evacuations in peacetime” strikes a sickening chord. Is this peacetime or are we at war with nature?

I was about to head to Lima, when I got a call to come to the Philippines to support our office and its work around Typhoon Hagupit (which means lash). In Lima another round of the UN climate talks are underway to negotiate a global treaty to prevent catastrophic climate change. A truce of sorts with nature.

This year, like last year and the year before these negotiations take place against a devastating backdrop of a so-called ‘extreme weather event’, something that climate scientists have been warning us about if we don’t take urgent action.

Tragically, we are not taking urgent action. Nature does not negotiate, it responds to our intransigence. For the people of the Philippines, and in many other parts of the world, climate change is already a catastrophe.

Only one year ago, Super Typhoon Haiyan killed thousands, destroyed communities and caused billions of dollars in damage. Many survivors who are still displaced have this week had to evacuate the tents they have been living in as Typhoon Hagupit carves a path across the country as I write.

It’s too early to assess the impact so far – we are all hoping early indications will spare the Philippines of the same pain that was experienced after Haiyan.

Here in Manila, we prepare to travel to the impacted areas in the wake of Typhoon Hagupit, or Ruby, as it has been named. We will offer what minor assistance we can. 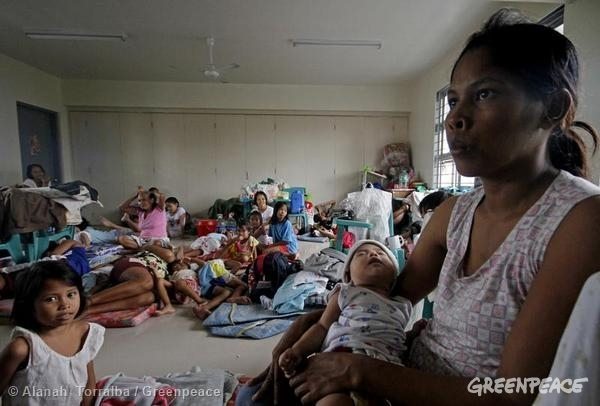 With heavy hearts we prepare to bear witness. We challenge those in Lima to turn their attention from the lethargy and process of the negotiations and pay attention to what is happening in the real world.

We call on them to understand that climate change is not a future threat to be negotiated but a clear and present danger that requires urgent action now!

Each year, the people of the Philippines learn the hard way what inaction on emissions mean. They might be slightly better prepared and more resilient, but they are also rightly more aghast that each year – at the same time – the climate meetings seem to continue in a vacuum, not prepared to take meaningful action, not able to respond to the urgency of our time and not holding accountable the Big Polluters that are causing the climate to change with ferocious pace.

Before leaving for Manila I also received a message from Yeb Saño, climate commissioner for the Philippines: “I hope you can join us as we bear witness to the impact of this new super typhoon. Your help would be very valuable in delivering a message to Lima loud and clear.”

Yeb was the Filipino chief negotiator for three years at the UN climate talks and recently visited the Arctic on a Greenpeace ship to witness the Arctic sea ice minimum. Two years ago in Doha, as Typhoon Pablo took the lives of many he broke through the normally reserved language of dispassionate diplomacy that dominates UN climate treaty talks:

“Please … let 2012 be remembered as the year the world found the courage to … take responsibility for the future we want. I ask of all of us here, if not us, then who? If not now, then when? If not here, then where?”

I am joining Greenpeace Philippines and Yeb to visit the worst hit areas, document the devastation and send a clear message from climate change ground zero to Lima and the rest of the world that the ones that are responsible for the majority of emissions will be held accountable by the communities that are suffering the impacts of extreme weather events linked to climate change.

We will call on the heads of the fossil fuel companies who are culpable for the unfolding tragedy to examine their consciences and accept their historic responsibility. They say the truth is the first casualty of war, in this war against nature, the truth of climate science is unquestionable.

Please join us. Please add your voice by signing our petition calling on Big Polluters to be held legally and morally accountable for climate damages. After signing the petition you will be redirected to a site where you can make a donation to the relief efforts of partner organisations.

Kumi Naidoo is the Executive Director of Greenpeace International.