It’s been a tough week for Australian Environment Minister Greg Hunt. We have some advice we think might just help... 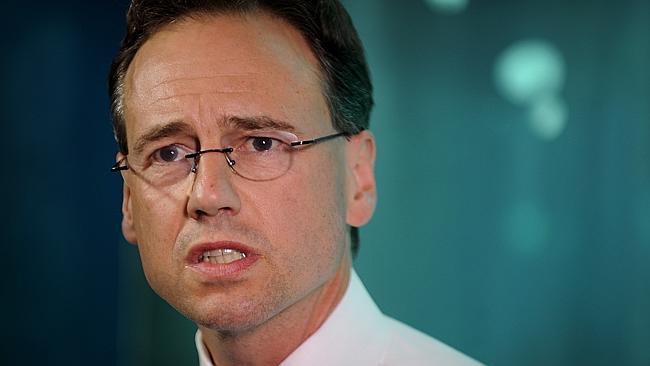 It’s not been his best week. Image copyright News Limited, via news.com.au

Being the Environment Minister has never really been an easy gig for Greg Hunt. But this week must be one of the hardest he’s ever dealt with.

Greg Hunt has been under fire from members of his own government for approving the massive Watermark coal mine, and under so much pressure from shock-jock Alan Jones he decided to commit the project to an independent review live on air.

He was made to support a wind and solar funding ban on the Clean Energy Finance Corporation even though he “love[s] renewable energy”, and even had to tell the Victorian Labor party to ditch a policy he loves so much he wrote a prize-winning thesis on it: a carbon tax.

For an environment minister who says he cares deeply about Australia’s food bowl, our changing climate, and being a world leader in emissions reductions – we’re sure it’s been rough.

And now, there’s been another blow to one of Greg Hunt’s favourite, most contentious projects: the Carmichael mine. The mining company responsible has just suspended two major contractors: Project managers Parsons Brinckerhoff and Korean construction company Posco.

This move raises fresh speculation about the company’s ability to finance and build Australia’s largest coal mine. It’s clear that this project is not only disastrous for our precious Reef and climate – but also a dodgy investment. So what now? 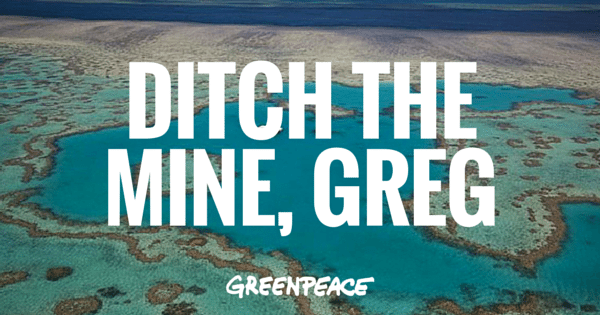 So how can Greg Hunt give this week-long headache a happy ending? Now is the perfect time for Greg Hunt to stand back and let the last wobbly wheels fall off this disastrous project. Here’s why:

1. There’s still a long way to go to get it off the ground

With eleven global banks and financial institutions saying they won’t invest in the mine, and the price of coal plummeting – it’s hard to see how anyone thinks this project is financially viable.

And many don’t – including the government’s own financial advisors. Thanks to Right to Information laws, we now know that the Carmichael project was deemed ‘unbankable’ by the highest officials of the Queensland Treasury.

2. Even if it goes ahead, it won’t bring much to Queensland

The project’s own financial modelling shows that for the Carmichael project to make money, the coal price will at least have to double. And in this mythical world where the Carmichael mine makes a profit, corporate structure of the company involved means that much of that could end up in tax haven Mauritius rather than Australia.

3. But there will be jobs, right? Not really.

If it did succeed – a court case before the land court in Queensland recently revealed the jobs created would be less than one-fifth was originally claimed. That’s more than 8,000 jobs that were falsely promised to the people of Queensland.

4. Convincing everyone the Reef is fine cost a whole lot of money – but it still didn’t really work

Before the UNESCO World Heritage meeting in June, the Australian government spent a whole lot of taxpayer cash running a PR campaign to convince the world that the Great Barrier Reef was fine.

They travelled to UNESCO delegate countries, flew in international journalists to take a guided tour of the Reef, and tasked diplomatic staff with convincing everyone their Reef 2050 plan would secure the Reef’s health.

Not only was it an expensive venture, it also… didn’t work. The UNESCO World Heritage Committee put the Australian government on an 18-month probation period, where poor results could mean an ‘in danger’ listing.

5. Australians want the Reef, not coal

Scientists made it clear that we have an important choice to make – we can have the Reef, or we can have coal, but we can’t have both.

We recently commissioned an opinion poll asking thousands of Australians to agree or disagree with the statement: ‘If I had to choose between protecting the Great Barrier Reef and expanding the coal industry I would choose protecting the Reef’ – a massive 85% of respondees agreed.

Australians have made it clear that they want to see the Abbott government prioritise a vibrant and healthy Reef over protecting a dying coal industry in global decline. 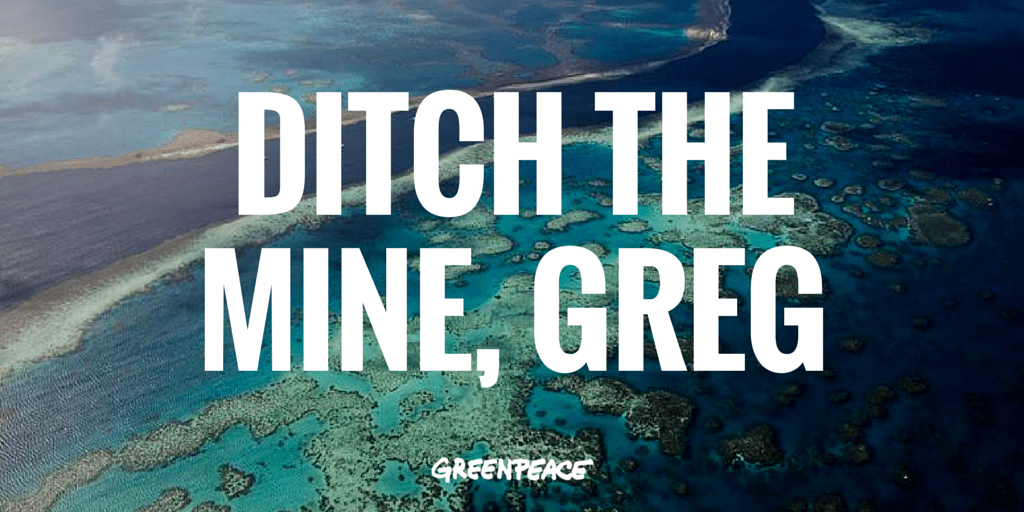 So go on, Minister Hunt. Let’s quietly put this doomed project to bed, and pretend it never happened.

We’ll pretend you haven’t spend your years in government trying to plug the holes in a leaky coal ship. We’ll pretend it hasn’t taken millions of messages from banks, politicians, celebrities, companies, churches, and people people all around the world.

Let’s just pretend you never tried to make Carmichael mine happen, and we’ll all happily move on. We promise.