Tiny beads, big problem: Is there plastic in your facewash?

When you think about the environmental impact of washing your face, you’re probably just worried about wasting water. Unfortunately, when you’re scrubbing away every morning you could also be washing the health of our oceans down your drain.

From the threat plastic shopping bags post to marine life, to the infamous Pacific ‘trash island’ – we already know our oceans are choking with plastic. Much harder to see and stop from entering our waterways are plastic microbeads. So what do we do?

Microbeads are tiny pieces of plastic used in personal care products like facewash and soap to help scrub and exfoliate skin. The beads are small enough to slip through sewerage systems when they wash down the drain, heading straight into the water system.

Sherri Mason, Associate Professor of Chemistry at the State University of New York, told NPR that scientists are concerned microbeads look like food to organisms that live in the water – meaning that these nasty microplastics and the toxins they absorb could make their way back into the food web.

They might be tiny, but they’re a big problem – according to SumofUs, Neutrogena’s ‘Deep Clean’ facial cleanser has over 350,000 microbeads in each bottle. 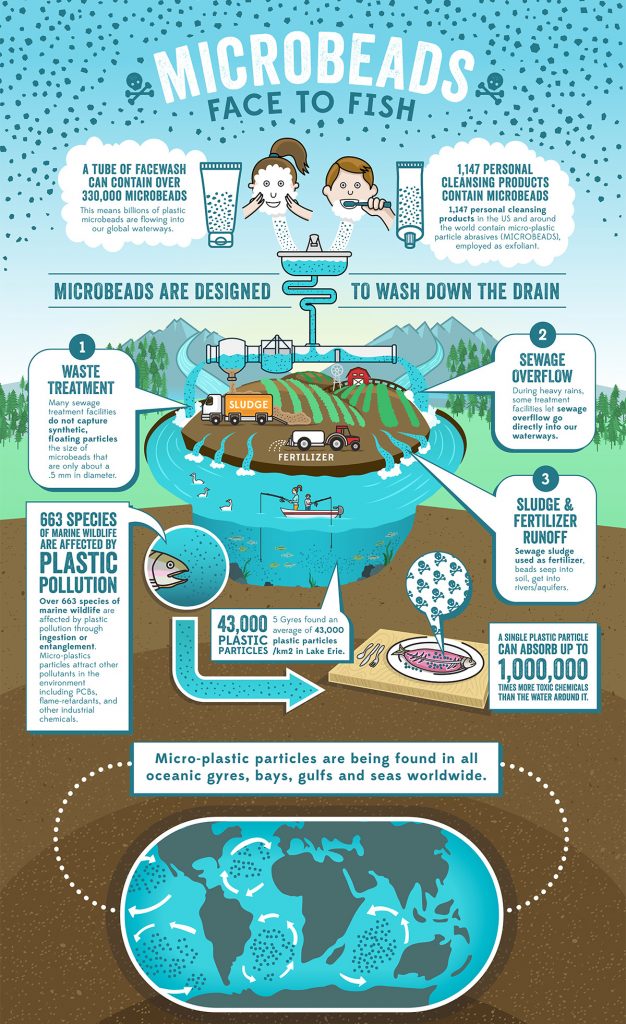 Luckily, governments around the world are starting to realise that microbeads are bad news for oceans, wildlife and us. Several US states have made moves to ban microbeads in personal care products – and Australia could be next.The good news

NSW Environment Minister Rob Stokes has called for products with microbeads to be banned from Australian shelves by 2016. At the launch of a report into the health of Sydney Harbour in November 2014, Mr Stokes announced that the government would convene an industry working group to phase out the use of microbeads. Now, after receiving backing from the federal government, the Sydney Morning Herald says NSW and South Australia will lead a “jurisdictional phase out of microbeads”.

What’s more, according to Australian non-profit DoSomething, big multinational companies Unilever Australiasia and L’Oreal Australia are also planning to pull out of microplastic use in the future.

Want to do more? Join 400,000 passionate Greenpeace supporters who get opportunities to create real-world change straight into their inboxes – sign up here!