My name is Oscar Alateras, I am a member of the School Strike 4 Climate movement and I have a message for each and every individual. In Australia, we have confirmed May 3rd as our next national immobilisation for climate action. We are calling it the National Day of Action. 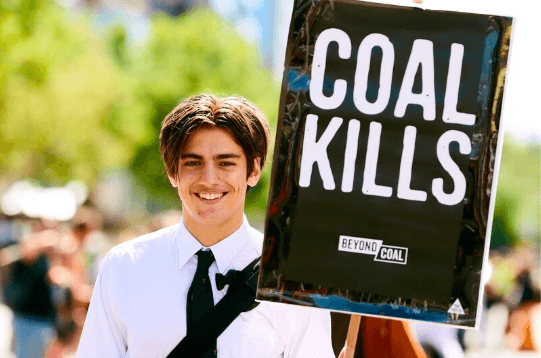 Although this is directed at the upcoming Federal Election in Australia, we do want people all over the world to get involved and spend May 3rd acting against climate change to send a united message to politicians. This will not be the same as March 15th. This time things are different. We want all of you to spend your day pressuring your MP about the need for climate action. You could stand outside their office, call them, schedule meetings, contact them via social media, the choice is yours. All we ask is that you show them that young individuals have the power to effect change. The way in which you do so is up to you, but all efforts are valuable and count towards demonstrating to these MP’s that the real power comes from within the people.

I understand that in regards to the March 15, striking from school was an issue for many, as they were not in a position where they could do so. Although it would be more influential and effective if people took a day off school, university or their jobs to engage in this National Day of Action; there are still many ways in which they can get involved during the day or after school. People can still send emails while keeping up with their commitments. They can contact their MP via social media, leave their office a voicemail whenever they have a spare minute or two, or visit their MP’s office after school or work.

There is no designated time limit for action. It is not like the strikes where each rally only lasted for a set period of time and then it was over. This is an entire day of national action. All efforts count, no matter how big or small.

We ask that you let your MP know you are participating in the National Day of Action and express your concerns about climate change. This might be talking to them about the Adani Coal Mine, asking about their climate action policies, their plans to cut emissions and increase renewable energy sources, or whatever environmental topic you choose.

We do certainly encourage students to strike from school, as it represents the fact that they are sacrificing something (their education) to act against climate change. But if that is not possible, we completely understand the circumstances and instead encourage them to get involved outside of class time.

I know I’ll be taking action on May 3rd…..hope you will too!