There is a meme building around the idea that post 2007, the environment movement in Australia has started to come apart like a wet cigar – sure there’s a price on carbon pollution but so what, Tony Abbott will see that off as soon as he gets his feet under the PM’s desk. The Kevin 07election was the high tide mark and it’s all been in retreat since then. 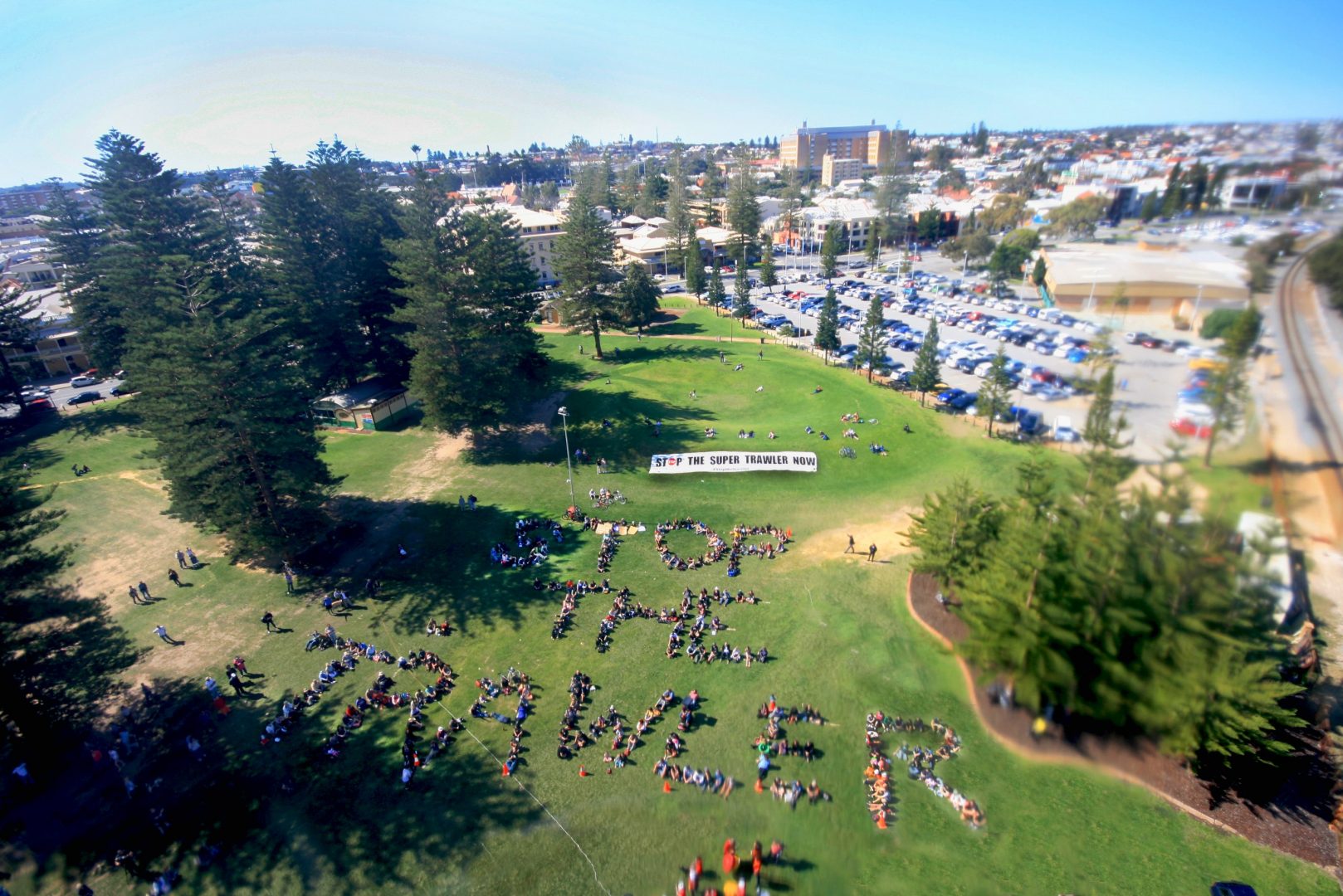 And then along comes a day like yesterday, a day that saw the environment movement and the broader Australian community beat one of the largest European super trawlers hands down.

So how do we reconcile meme and fact?

The Gillard government rightly – and dare I say courageously – took action to stop this monstrosity because the Australian community demanded it. Certainly it helped that organisations like Greenpeace were able to highlight its disastrous track record of over-fishing in West Africa and the South Pacific, were able to provide background on the amount of subsides that drive this unsustainable business model and were able to turn a metaphoric message into a physical and clear direct action in trying to prevent the ship from docking in Port Lincoln.

But this victory is one for the entire community. The recreational fishermen that turned up to blockade the waterways of Tasmania in their boats and rallied on the steps of Parliament House in Adelaide, the blokes from the Sardine Association who took the lead in speaking up in defence of their meticulously maintained industry and all the folk who signed up to the various petitions to voice their concerns, and of course Labor MP, Melissa Parke, who had the wit and will to offer a solution in the form of a Private Members Bill.

I’ve been asked a by a few journalists – mostly off the record –  of late what has gone “wrong” for the environment movement and environmental non-government organisations in particular over the last few years.

It’s not entirely clear what they mean by “wrong”. But it appears to circle around questions of declining influence, fewer wins and a sense that the movement is adrift caught somewhere between its recent past embodied by the launch of Silent Spring  and its present that could be seen as the face of Cate Blanchet in the Say Yes campaign.

I think it is vital for all those who care about this beautiful planet, who care about the wellbeing of their families and communities, to ask themselves if the environment movement is headed in the right direction, is moving at the speed necessary to avoid destruction, is smart enough to plot a path through the extraordinary power blocks of entrenched interests. These are all good questions to ask ourselves regularly.

That said, I also recognise history and the fact that we inhabit a particular historic moment constructed largely out of what has gone before us. The history of recent movements for social change tells us a lot about where we are and where we need to be headed. This history tells us that all social movements go through periods of rapid transformation before reforming into a newer identity.

For instance during the First World War it’s not hard to imagine the journalists of the day declaring the split between the British suffragette movement – a split represented by Emmeline Pankhurst’s Women’s Social and Political Union (WSPU) calling a ‘ceasefire’ in their campaign for the duration of the war, while more radical suffragettes in the Women’s Suffrage Federation continued the struggle through direct action – heralded the end of the women’s liberation movement.

The same journalists could have made the same call at any number of points along this century long journey. They would have been momentarily right but ultimately wrong.

The point is movements for real social change go through numerous constellations. Carl Jung was not just psychologically correct when he said that all authentic progress is characterised by moments of profound regression – we don’t have one without the other.

I’m not sure I would characterise this moment in the Australian environment movement as one of regression, but it is one of stock-taking and asking whether we are headed in the right direction and at the right speed.

Yesterday’s announcement by the Gillard government certainly makes it clear that when the community has the information we need, understands the risks and has a heart-felt relationship with the country – or ocean – under threat, we can act with speed, with sophistication and in a relentless fashion. No one engaged in this fight was going to go home until the super trawler had been sent packing.

The Australian environment movement just got a lot bigger since yesterday’s win. It now includes a whole host of unlikely alliances that have been built out of the friendship and esprit de corps that comes from organising and winning together.

I remember in the late 1980’s and early 1990’s journalists were fond of opining that women’s lib had really failed because women were once again wearing lipstick and “feminine florals”. What they didn’t seem to realise was that those very women were buffing their nails, tossing their locks and planning the next revolution.