I lost my ability to walk, but never lost my love for the ocean

As an aerial photographer & videographer, Jaimen Hudson’s images will transport your body and mind to places you‘ve never been — azure blue oceans and clear skies along jagged coastlines; sunsets that shine colours bright like a candy store; graceful marine life and people tiny like ants lapping up waves in the deep, cool sea

How a quadriplegic never gave up and found passion and solace in drone photography and the oceans.

As an aerial photographer & videographer, Jaimen Hudson’s images will transport your body and mind to places you‘ve never been — azure blue oceans and clear skies along jagged coastlines; sunsets that shine colours bright like a candy store; graceful marine life and people tiny like ants lapping up waves in the deep, cool sea.

Hudson’s love for the ocean is like the ocean itself — endless. When a motorcycle accident at the age of 17 left him quadriplegic, he never gave up and instead honed his skills into drone technology and capturing stunning images from above. He may not be able to walk, but he can certainly fly.

This is his story… 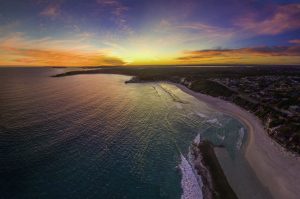 In 1983, seven years before I was born, my parents opened up Esperance Diving Academy in Esperance, Western Australia where I’ve lived my entire life. As soon as I was on the scene the ocean and our “Dive Master 1” boat acted as a natural rocking chair to aid me to sleep whilst my parents taught students SCUBA diving lessons. When I flick through childhood photos I still have vivid memories of my father holding me as he steered the boat, or of me holding a crayfish after one of my mother’s diving trips. For some people, their comforting childhood place might have been a treehouse. For me, it was the sea.

At the age of 10 I learnt how to scuba dive, and growing up, if I wasn’t out diving, I would wake up and check out surfing conditions first thing in the morning (I was lucky enough to live across the road from one of Esperance’s most popular surf beaches). That basically sums up my youth — I always wanted to be in or on the ocean! Fast forward to 2017 and that passion hasn’t diminished.

The only difference is that I am in a wheelchair now so I have to find other ways to enjoy the ocean. Luckily for me, technology has moved such a long way that a smartphone, drone and remote control are all I need to enable me to soar above the sea.

I first took up drone photography and videography in late 2014. The moment I downloaded the footage and saw the incredible perspective it gave me, I was immediately hooked. From that moment forward every bit of spare time I have is spent flying my drone. I have now racked up over 200 million views across social media and YouTube! 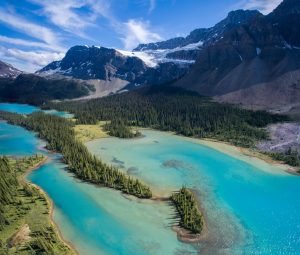 In September 2016, Greenpeace Australia Pacific got in contact to document the incredibly beautiful Great Australian Bight, the expansive ocean bay along the southern coastline and where hundreds of Southern Right Whales make their annual migration.

My mother and a close friend accompanied me to assist, so we packed everything I needed into my wheelchair van and set out on the 2,500km round trip journey from my home to the Bight. Even before we reached our destination, nature and wildlife was abundant and stereotypically Australian. Giant wedge-tail eagles and other birdlife had feeding frenzies on road kill; kangaroos, emus and even dingos loitered past our vehicle; and like a David Attenborough documentary, we witnessed two snakes locked in an incredible battle, both latched on to one another. 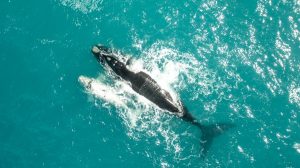 When we arrived at the Bight early in the morning we were absolutely astounded by the scenery, which made every bit of our long journey worth it. I have been very blessed to have travelled around the world to witness incredible sites, and the Bight did not disappoint.

Peering over the the raw, sharp, cliff edge, it felt like the world simply disappeared away into the ocean leaving behind a steep drop-off of up to 60 meters. Over five days, we explored various tracks to find suitable filming locations, and most of all, to find some gracious whales. Luckily, we spotted a mother and her calf and unbeknownst to them I filmed and followed them — an amazing encounter of life and beauty from creatures that us humans have yet to fully understand.

Unfortunately, though, the Great Australian Bight is currently under threat from oil and gas production by major oil giants like Chevron, who want to risk this pristine wonderland for their short-sighted drilling operations. Not only will this jeopardise one of the greatest whale nurseries on the planet as well as precious marine habitat, but it also puts the Bight in the path of becoming victim to the next global oil spill disaster, like the 2010 Deepwater Horizon oil spill in the Gulf of Mexico.

Luckily, one oil giant, BP pulled out of plans to drill last year, but to think that others could potentially risk oil spill disasters in such a heavenly place is astounding. This only reinforces my love for the ocean, and more importantly, to protect it. 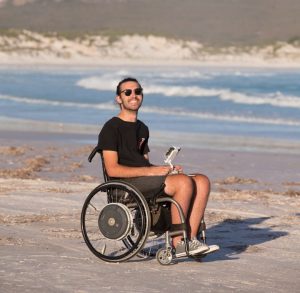 Jaimen Hudson with his drone controller in hand