Last chance to save the vaquita?

The vaquita is a beastie with some remarkable claims to fame: 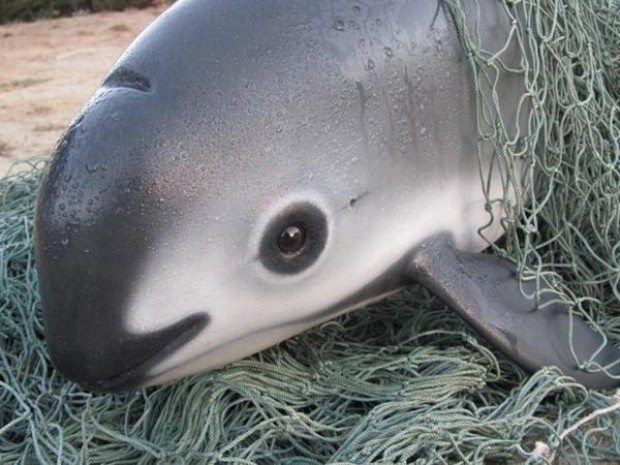 And it’s likely to become extinct in just a few years.

There are less than a hundred vaquitas left on the planet, and we humans are reducing that number by a staggering 17% each year!

The truth is – we should be able to save the vaquita. We know where it lives, and we know that we humans are its biggest threat. Vaquitas are caught and killed as bycatch in a fishery targeting fish called totoaba. The swim bladders of the totoaba are prized as a delicacy for soup in China so there’s lucrative financial incentive for illicit fishing. It just so happens that totoaba are about the same size as a vaquita, which is really bad news for the porpoises when indiscriminate gillnets are used that catch them, too!

By stopping fishing entirely, or moving fully to fishing methods that can’t catch porpoises ‘by accident’, and protecting the vaquita’s habitat, this could and should be one of the easiest marine animals to conserve. Many of the recognisable marine critters at greatest risk of extinction, such as hammerhead sharks, whale sharks, sea turtles & manta rays have vast ranges, and are much trickier to protect fully from human impacts. That doesn’t mean we shouldn’t try, of course, but it does surely make it all the more ridiculous if we can’t get our act together to save the vaquita.

In fact, in 2005 a marine protected area was designated specifically to protect this tiny porpoise, covering half of its range. But the protected area is surrounded by heavily-fished areas, and ongoing fishing both legal and illegal is killing more and more porpoises.

We owe it to the vaquitas to try to save them.

This generation has already seen the extinction of the Baiji, a Chinese river dolphin. Other species are declining fast thanks to humanity, with ship strikes, pollution, habitat destruction, and irresponsible fishing taking an increasingly heavy toll. The vaquita is top of the list, but the future is also bleak for the Maui’s dolphin, the North Atlantic right whale, the Ganges river dolphin, the Western Pacific gray whale, the Irrawaddy dolphin and many more. Then there are the ice whales – narwhals, beluga & bowheads – whose habitat is being destroyed and plundered as it melts away.

We should be able to save the vaquita. But do we collectively care enough to do it?

You can help now. The President of Mexico is considering introducing a new law that could protect the vaquita’s home. Act now – sign the petition to send a message to him and make sure he knows we want to save the vaquita.